This was the first in a trilogy of cases involving (either directly or indirectly) editions of a popular road book at the time named Paterson’s Roads. In 1771, Thomas Carnan, a successful London publisher and bookseller, entered into an agreement with fellow bookseller Daniel Paterson. Paterson was to produce the first edition of Paterson’s Roads1 and sell it to Carnan, who would publish copies on a commercial scale. After over a decade of business dealings, Carnan and Paterson parted ways, and Paterson collaborated with London publisher Carington Bowles. For Bowles, Paterson produced a new road book titled Paterson’s British Itinerary.2 Carnan, who may have sensed a commercial threat from this new partnership, brought an action against Bowles. One of his allegations was that Paterson’s British Itinerary was an infringing copy of Paterson’s Roads, of which Carnan claimed he held the copyright.

After analysing the words of the Statute of Anne and the agreement between Paterson and Carnan (whilst they were still working together), the Court found that Carnan did still hold copyright in the Paterson’s Roads road book. The issue then turned to whether Paterson’s British Itinerary was an infringing copy. Specifically, the question was whether the book produced by Bowles and Paterson was effectively the same book as the one published by Carnan, or whether it was a new and original book. Carnan argued that the two books were the same because they contained the same information, only produced in two different ways. Bowles argued that his book’s originality stemmed from the fact that Carnan’s book was simply a written itinerary, while his also provided accompanying maps. To assist the Court with determining the question of originality, a Master was called upon to provide an expert opinion.

The Master ultimately concluded that Paterson’s British Itinerary was original, as, although it was based on the same information as Carnan’s book, the expression of these facts was quite distinct. The Court accepted the Master’s report and held that Paterson’s British Itinerary was not an infringing copy. Carnan would then challenge the Master’s report (for a second time), however he died in July 1788 and it appears as though there are no further records of the case.

2 Paterson’s British Itinerary, Being a New and Accurate Delineation and Description of the Direct and Principal Cross Roads of Great Britain 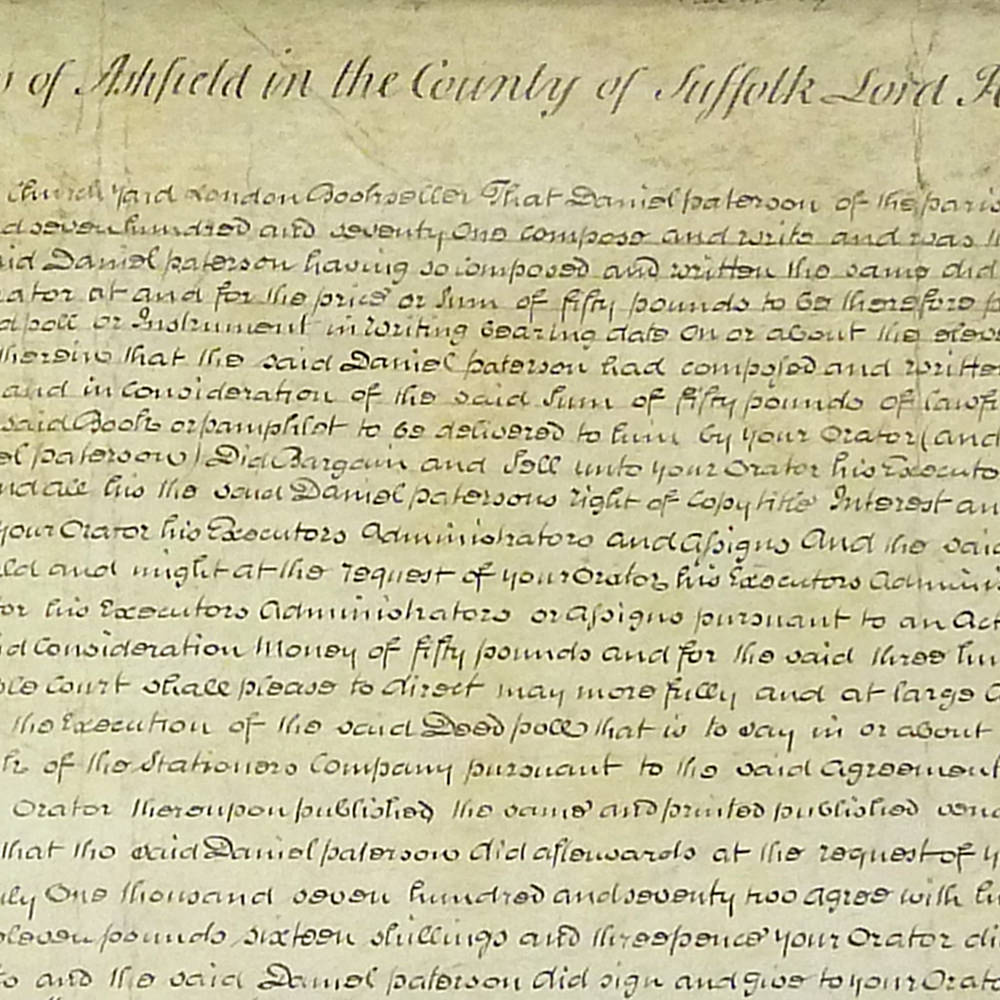 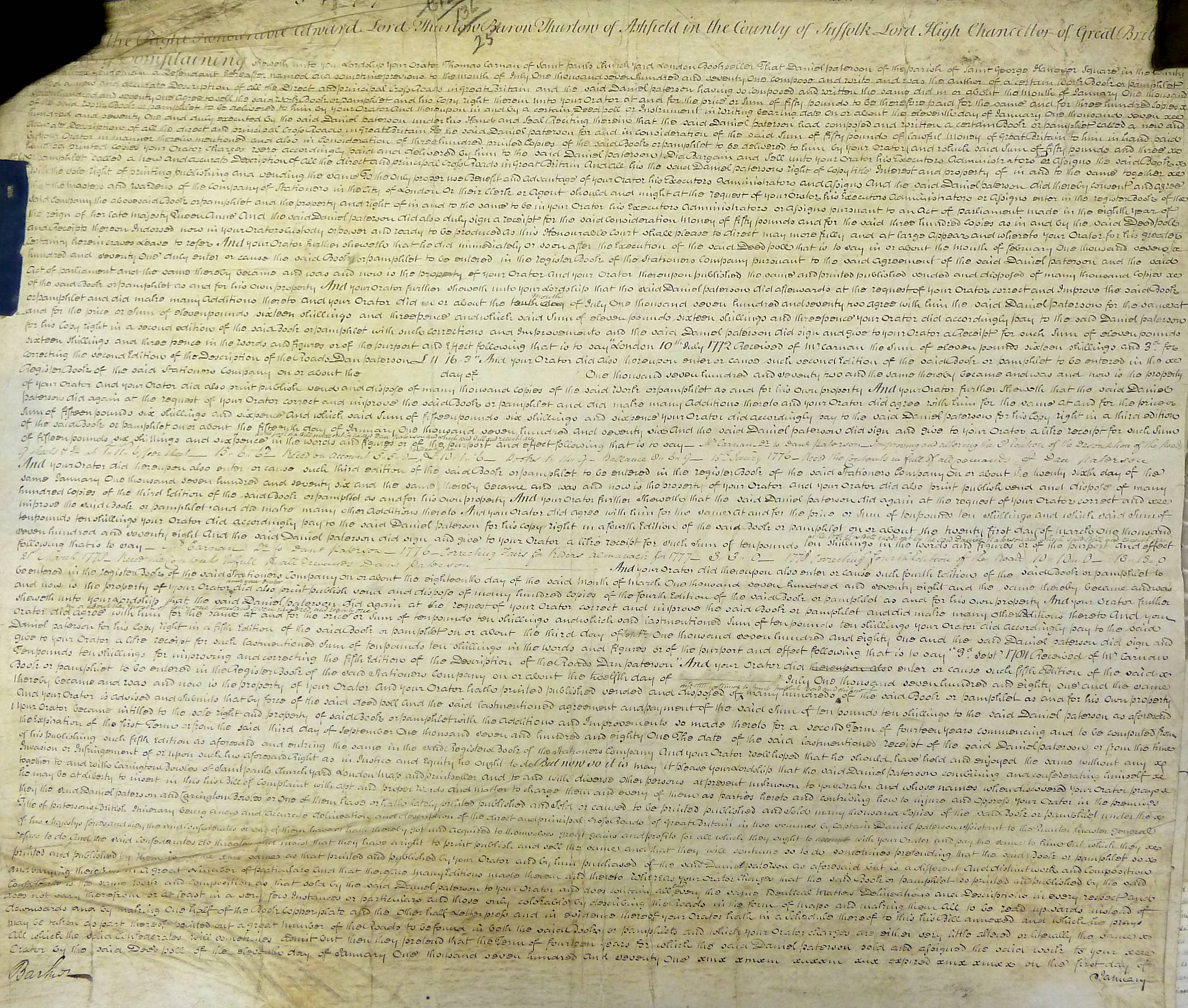 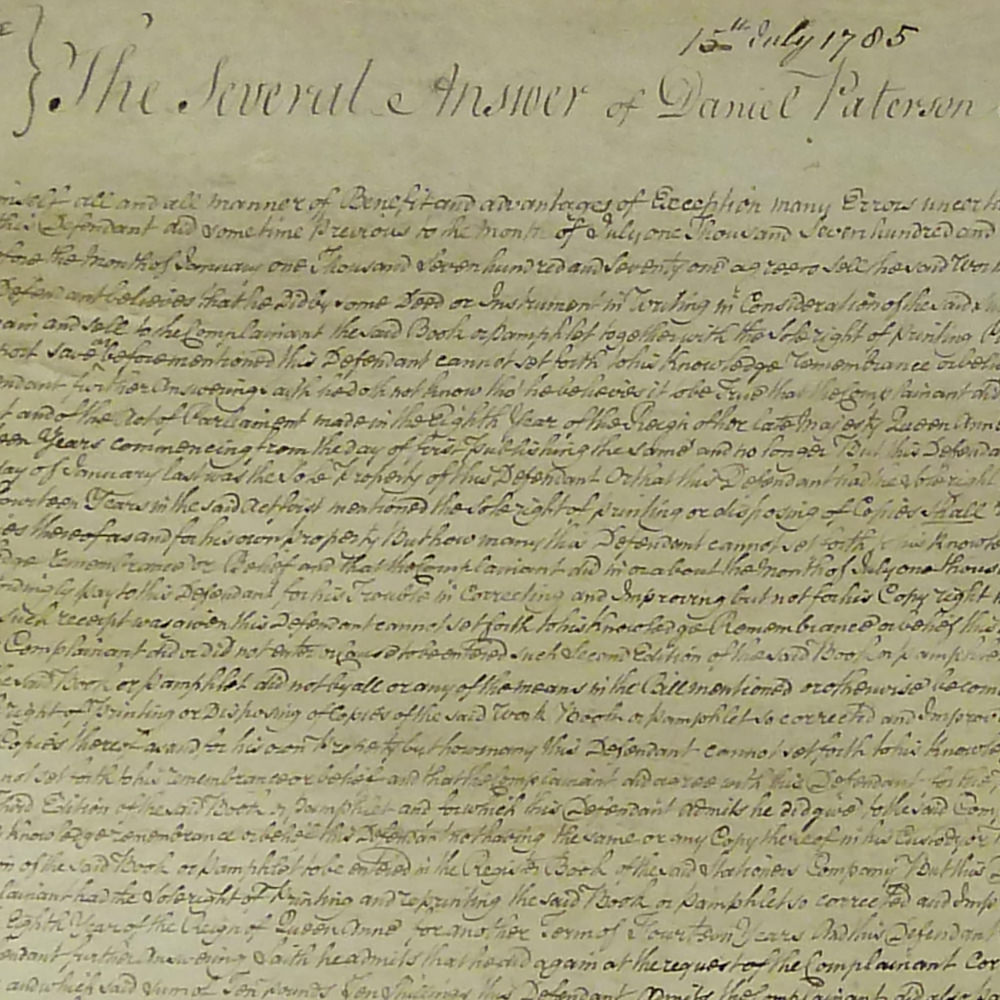 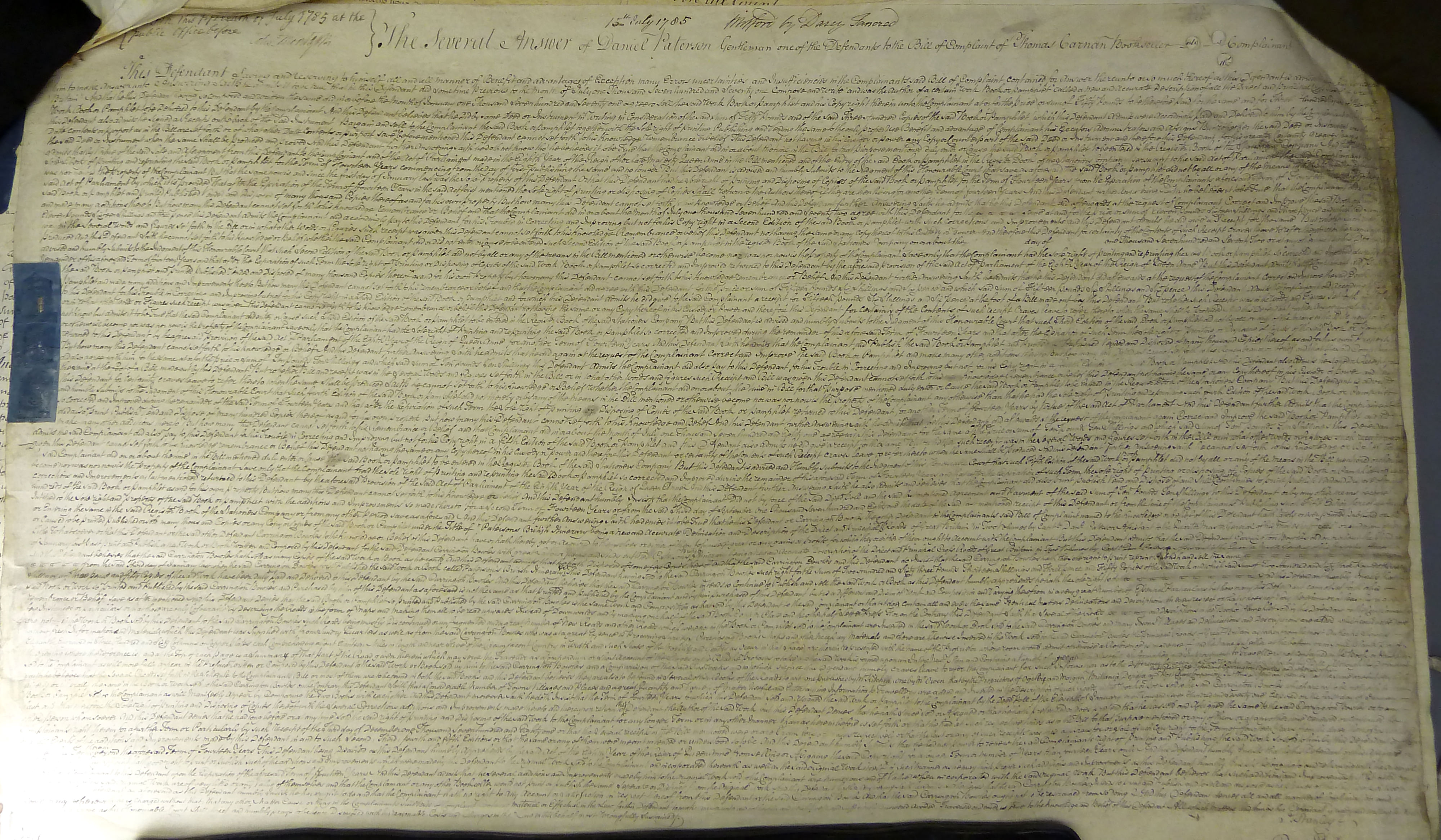 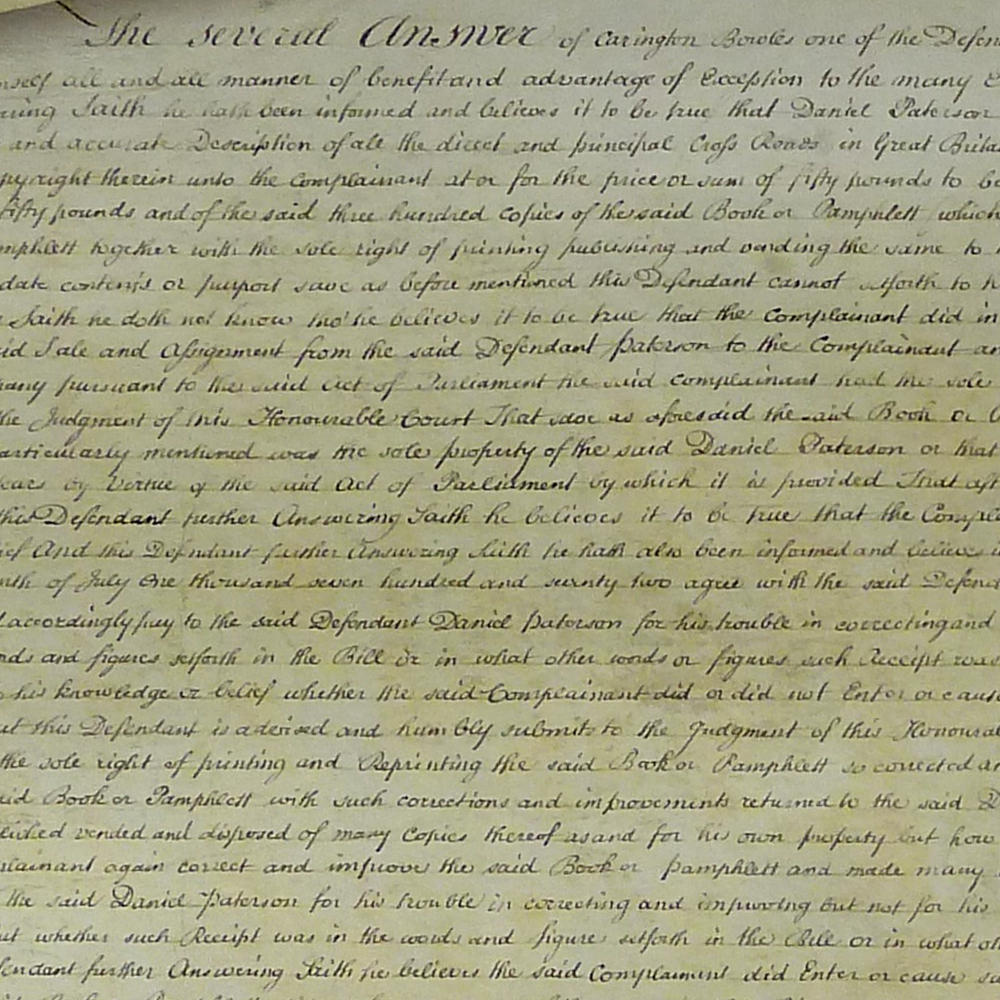 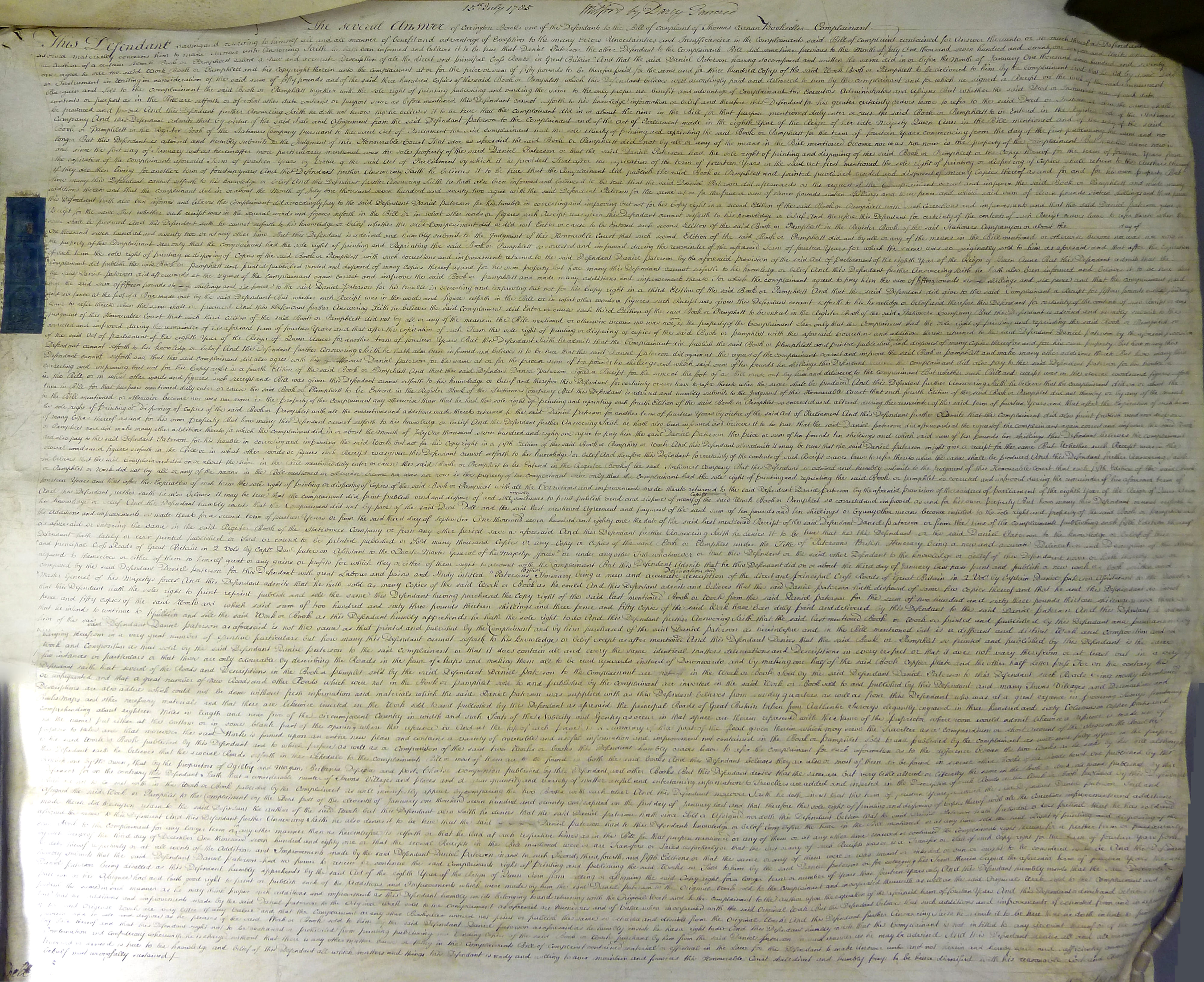 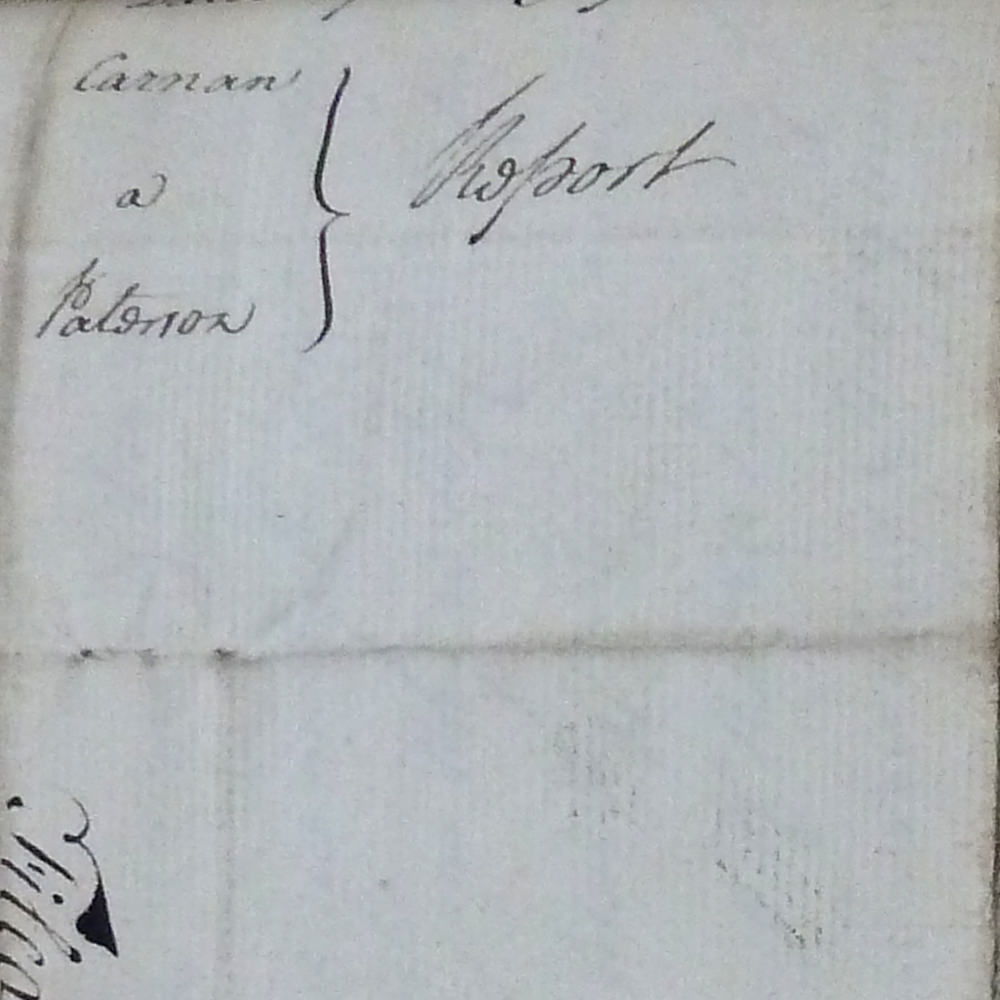 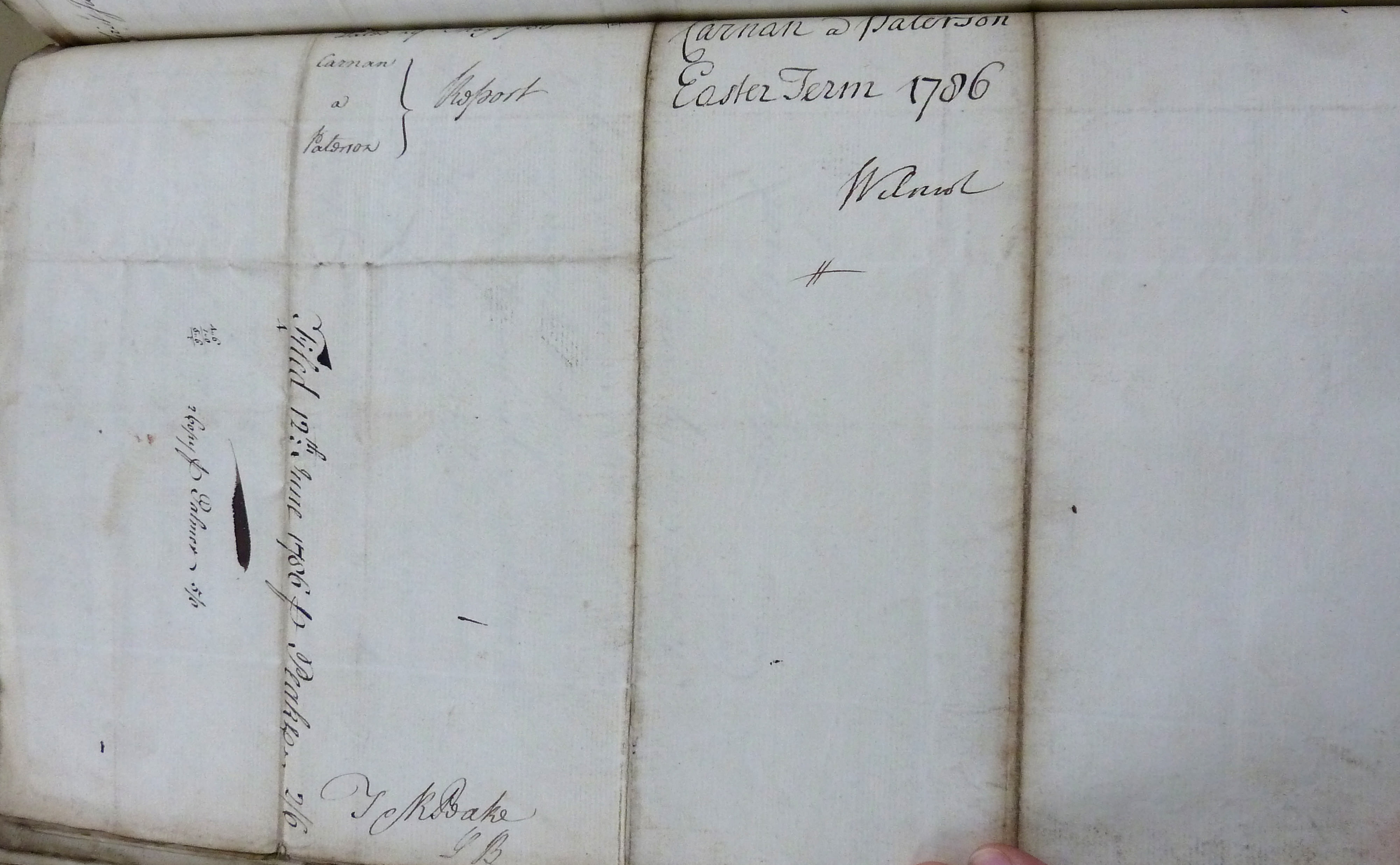 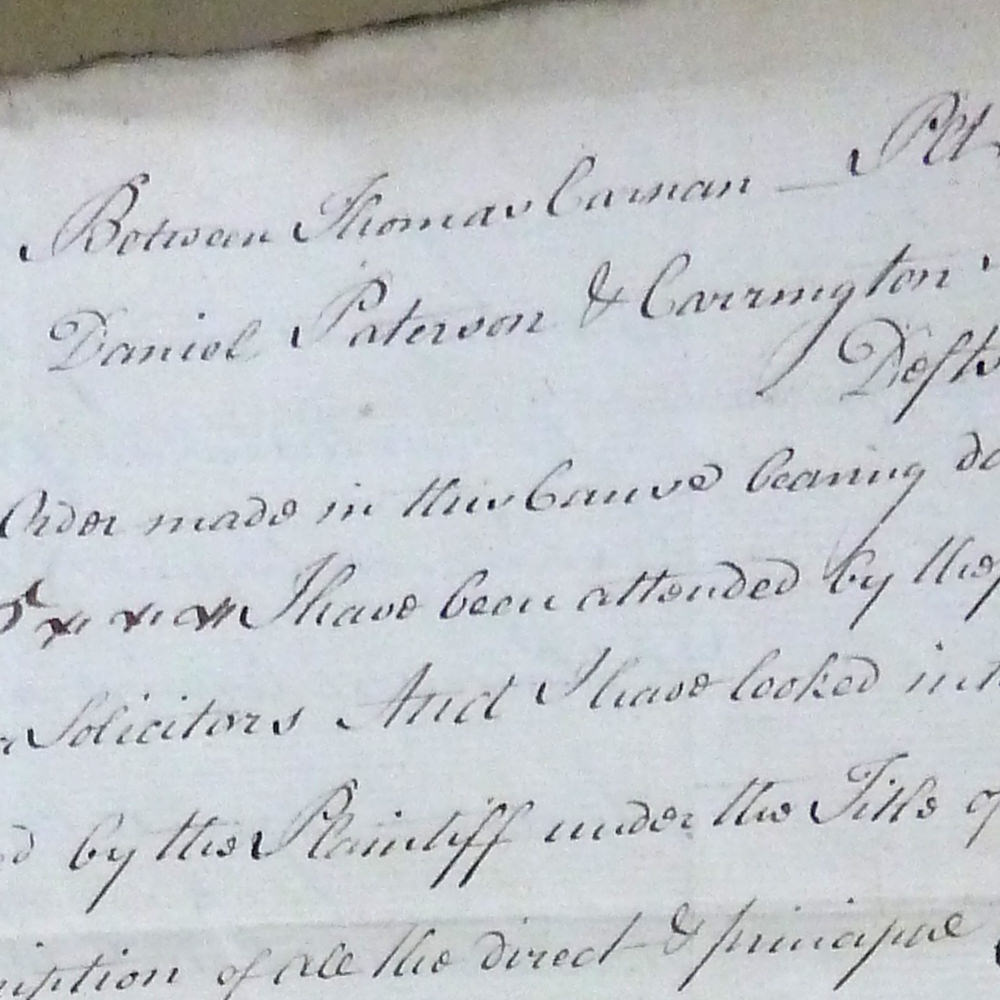 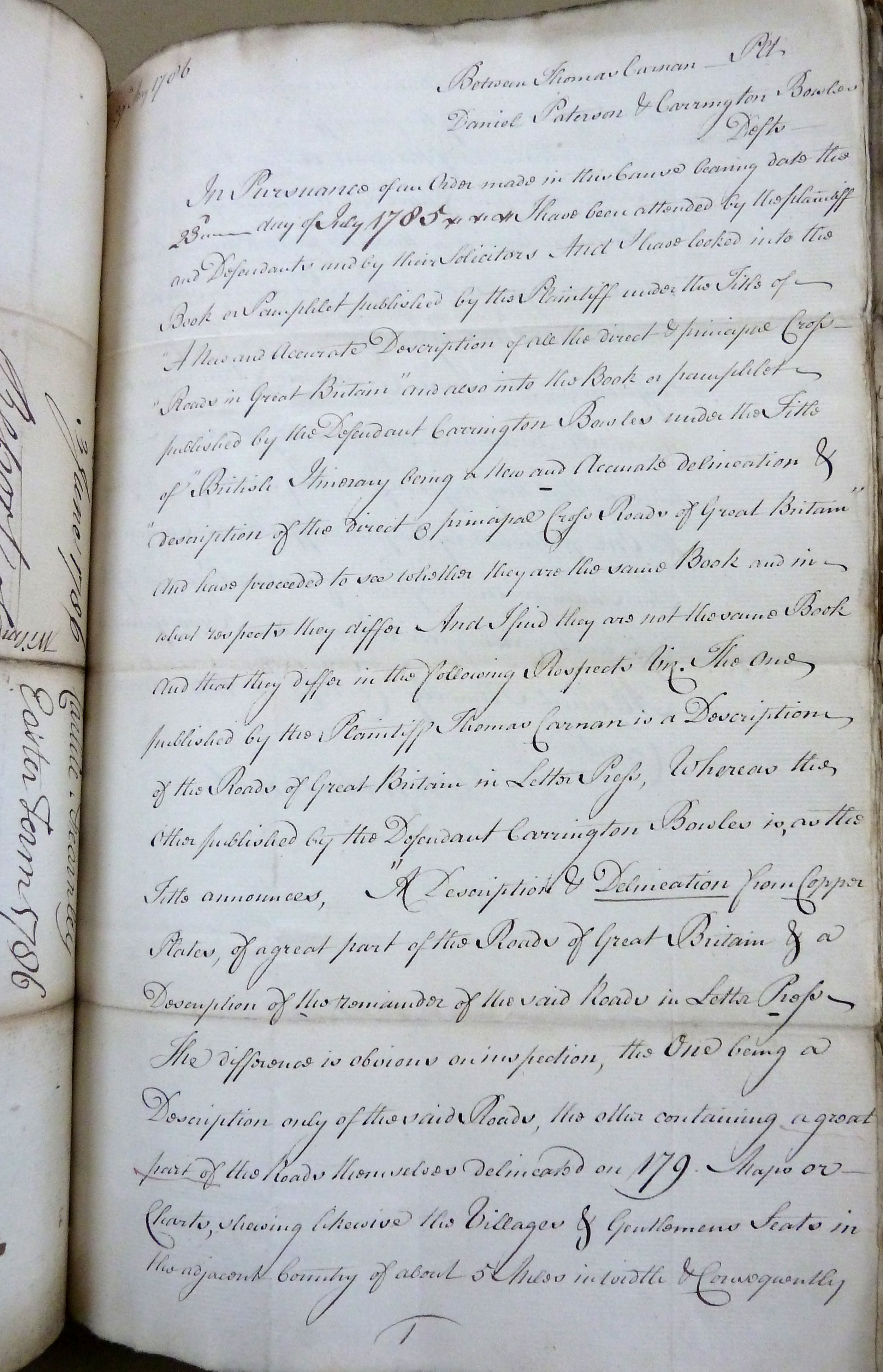 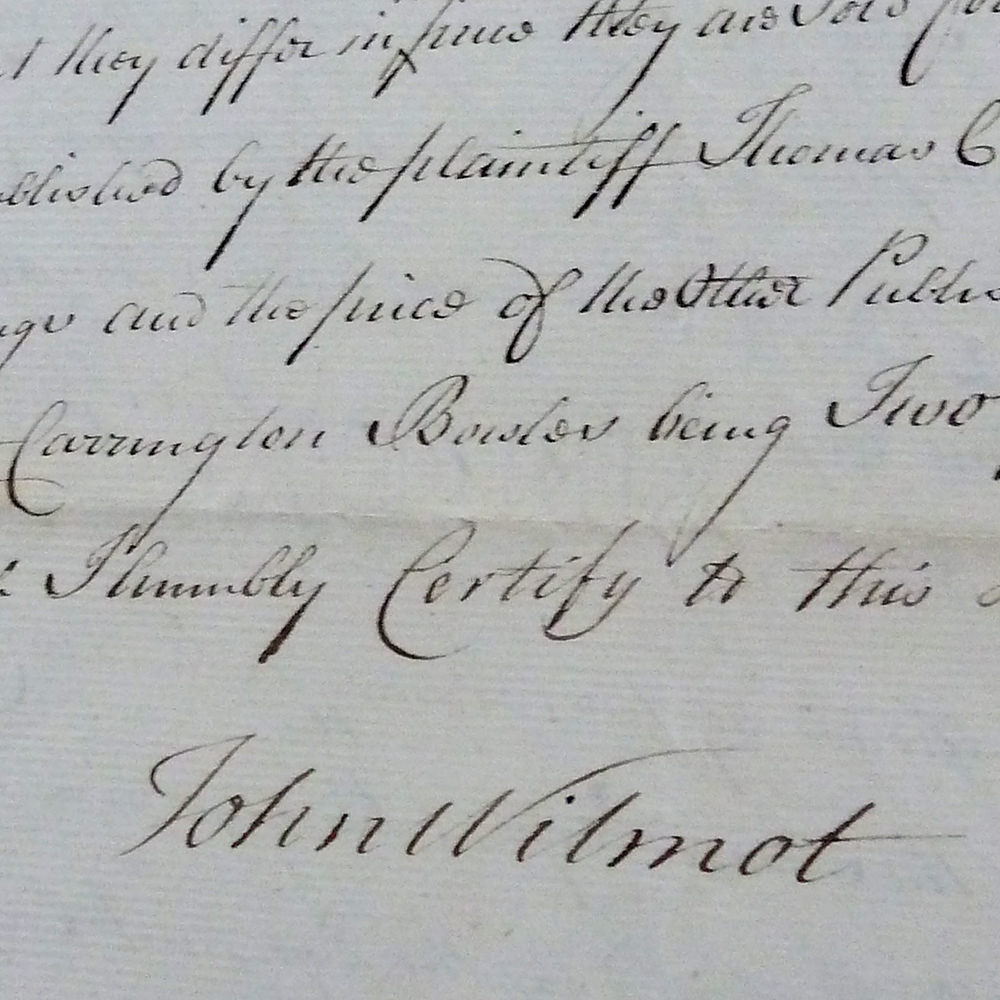 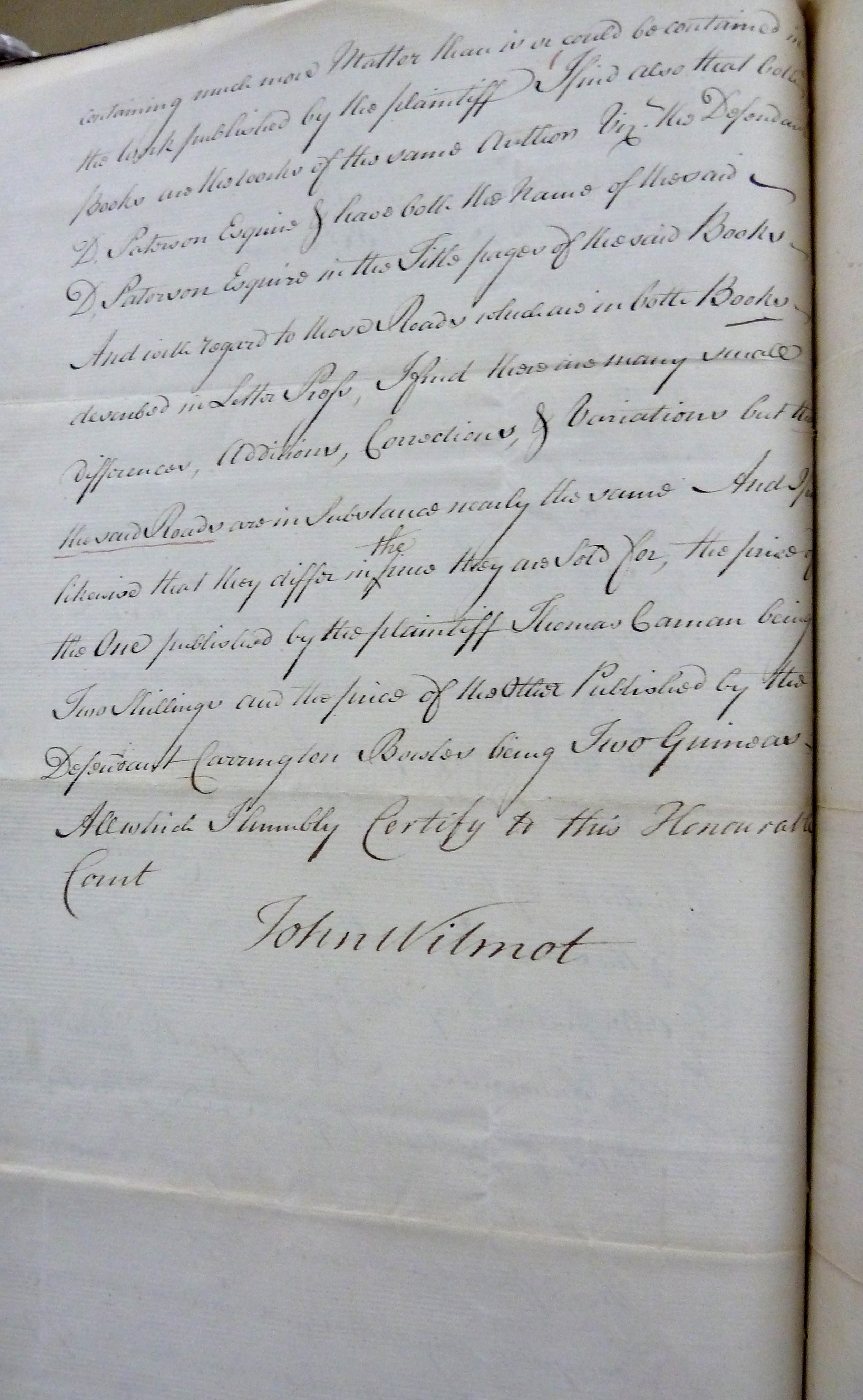 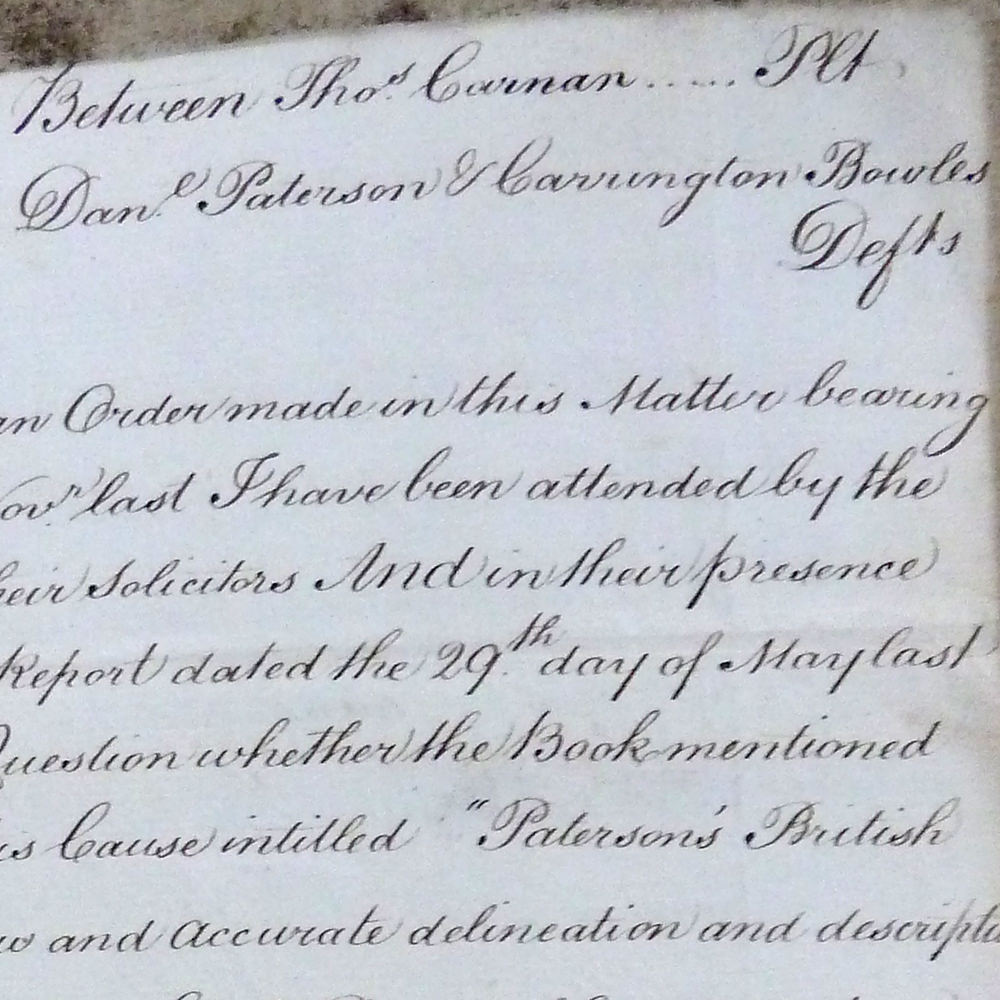 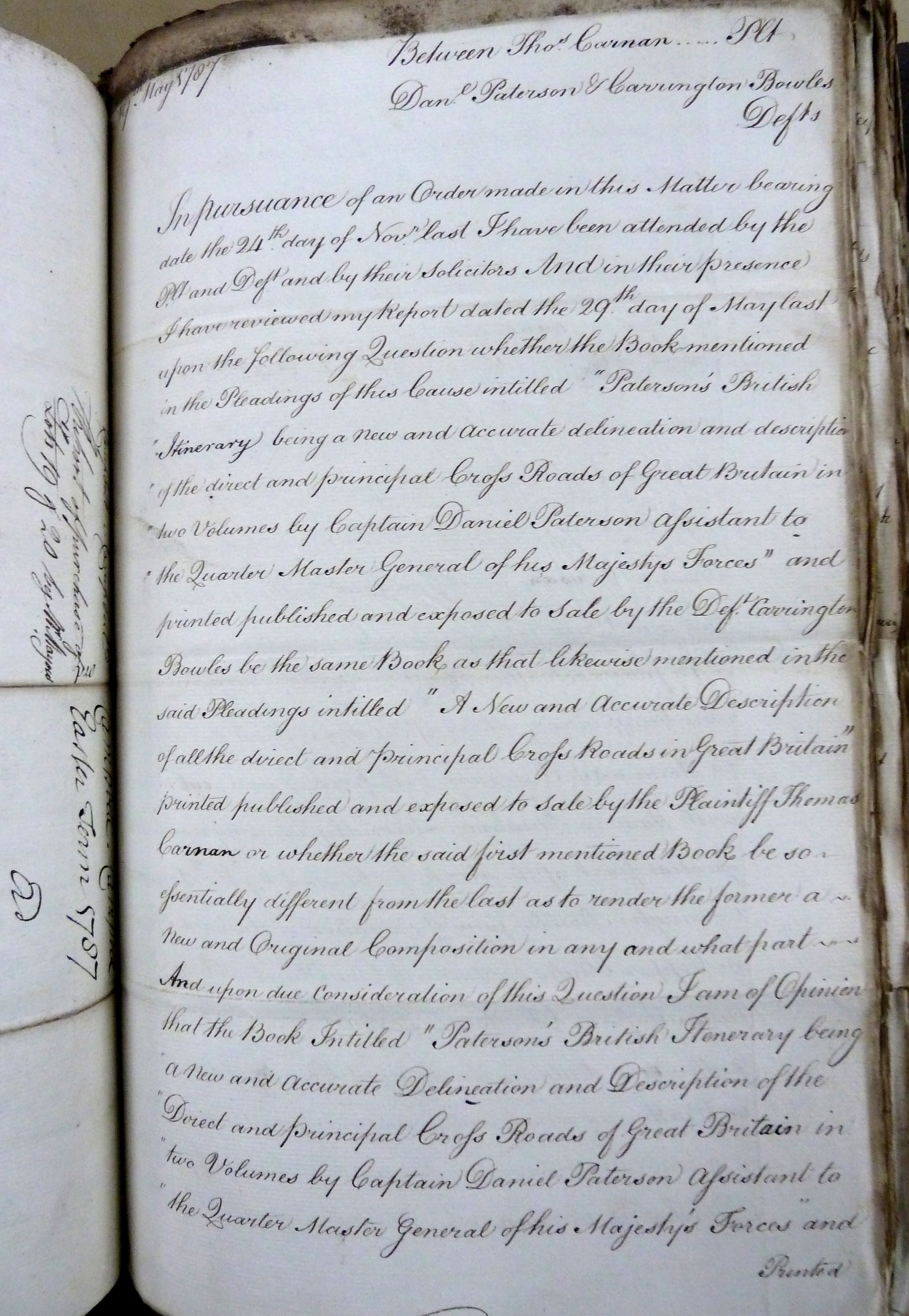 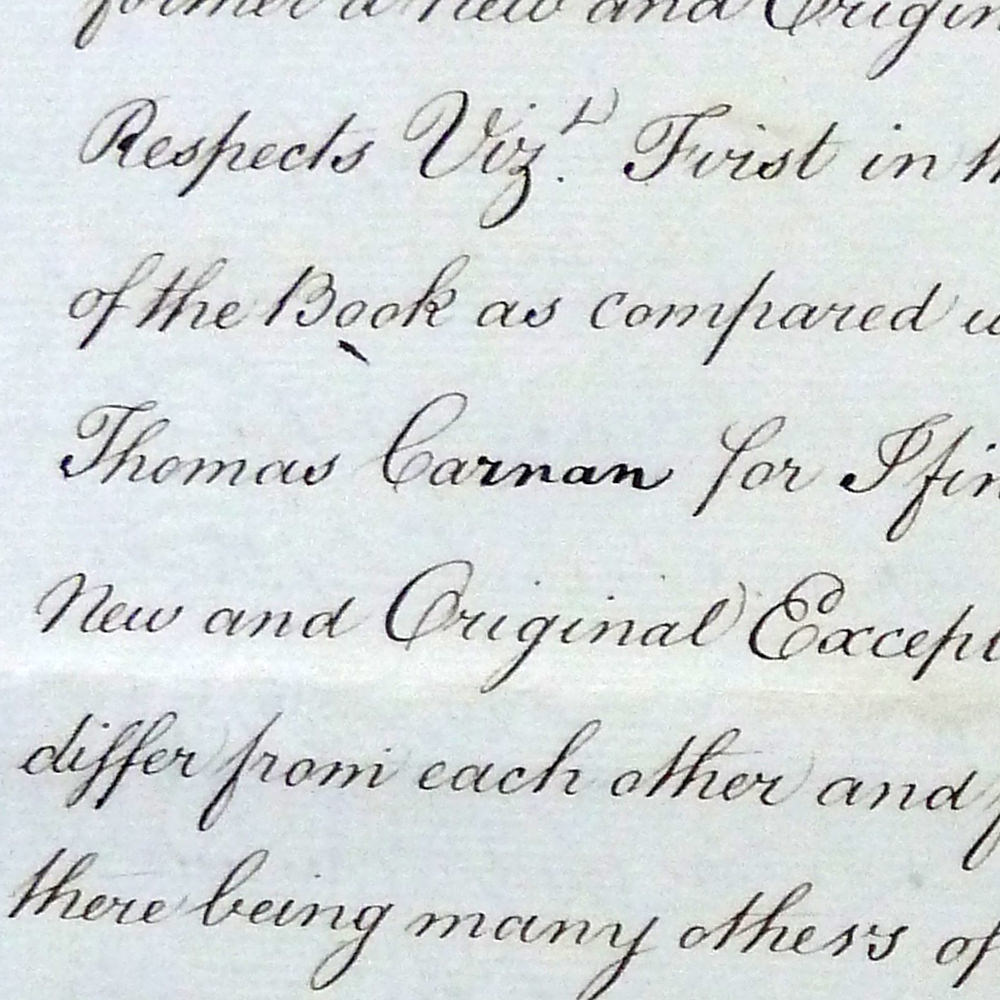 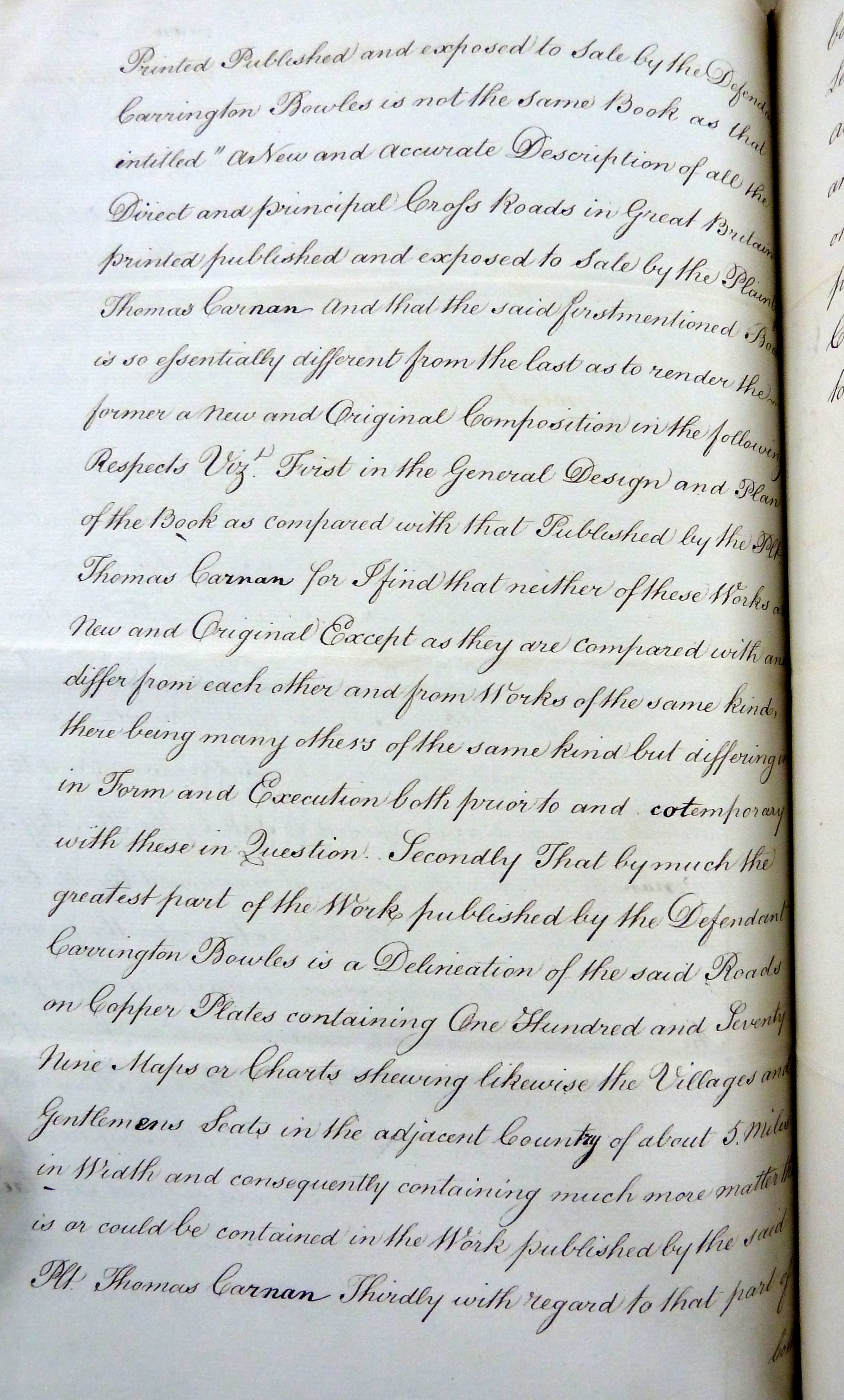 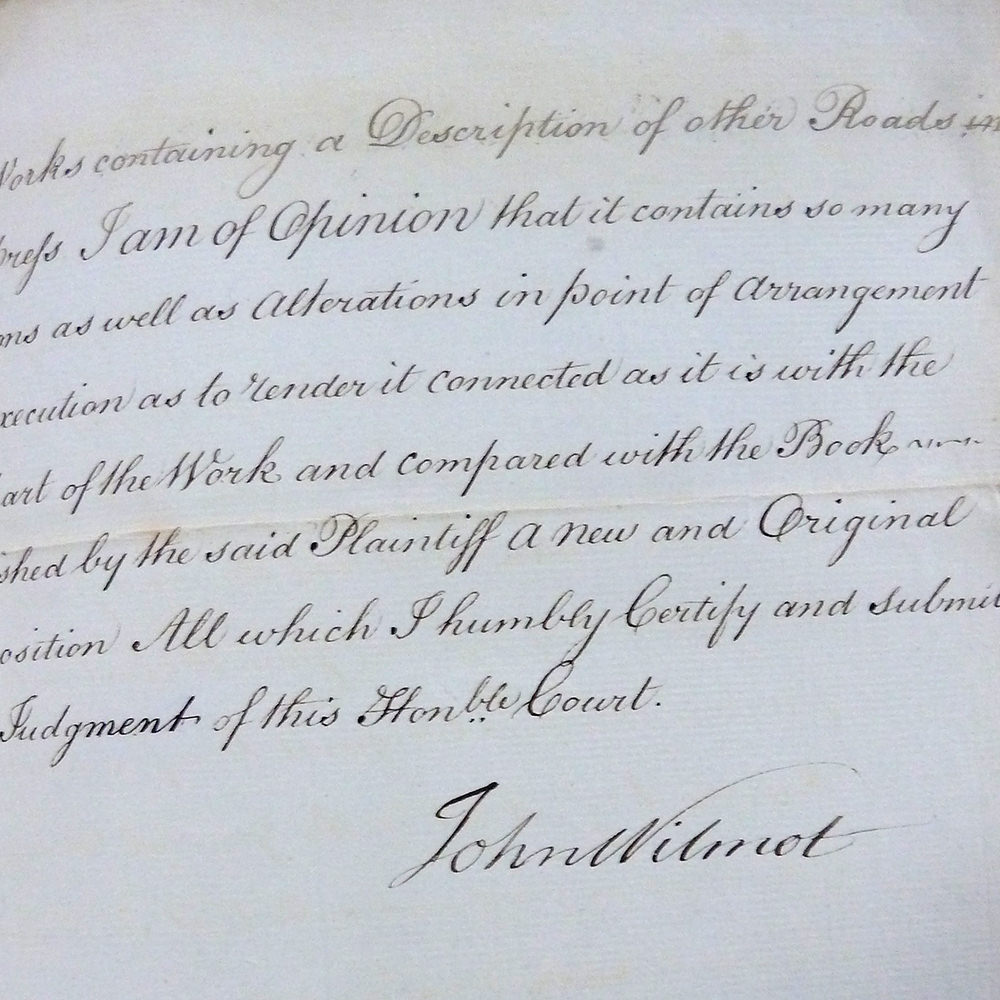 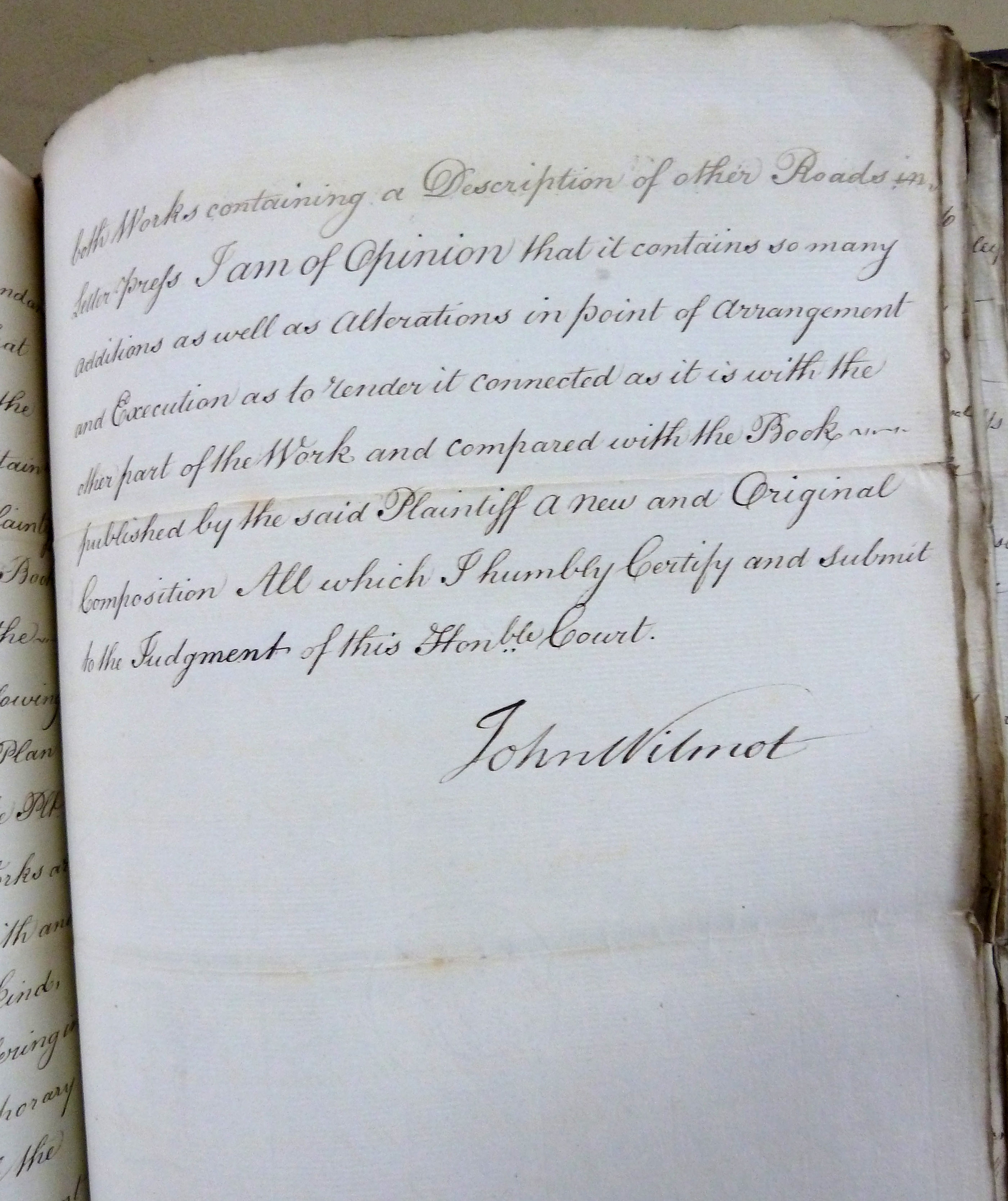 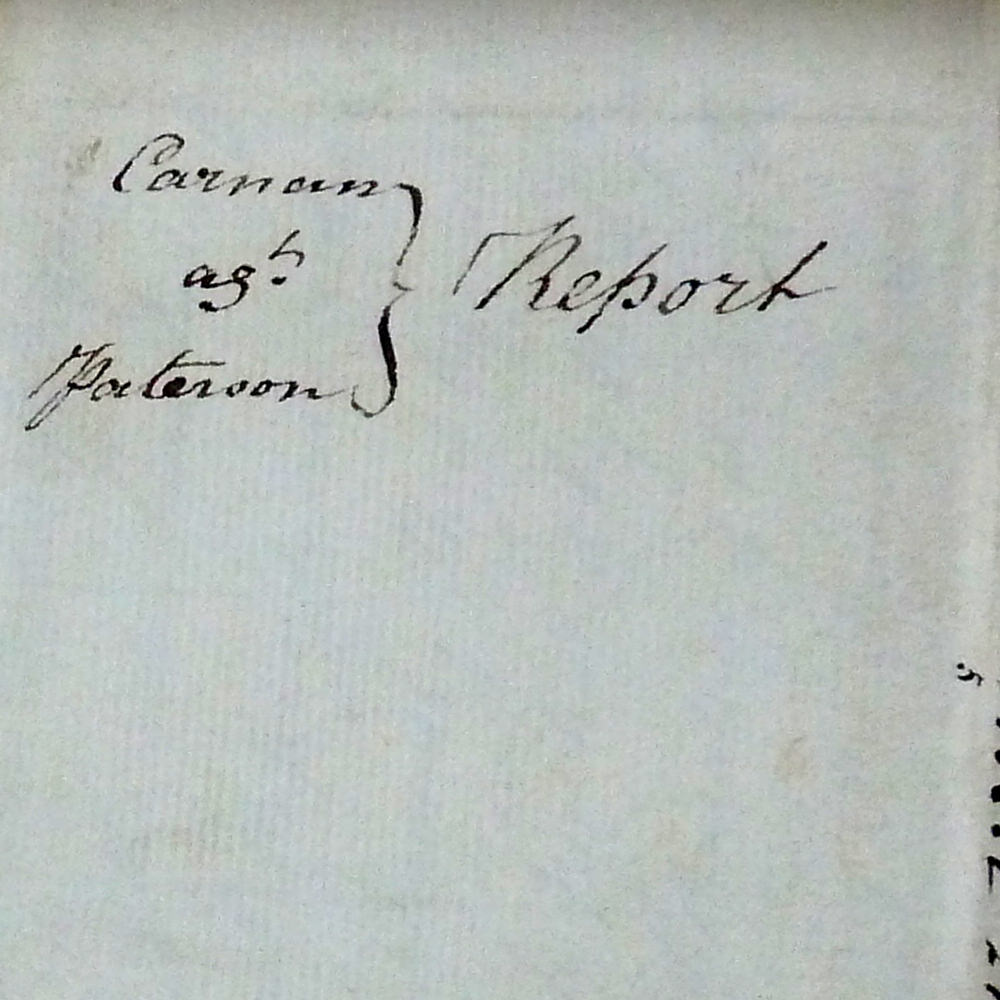 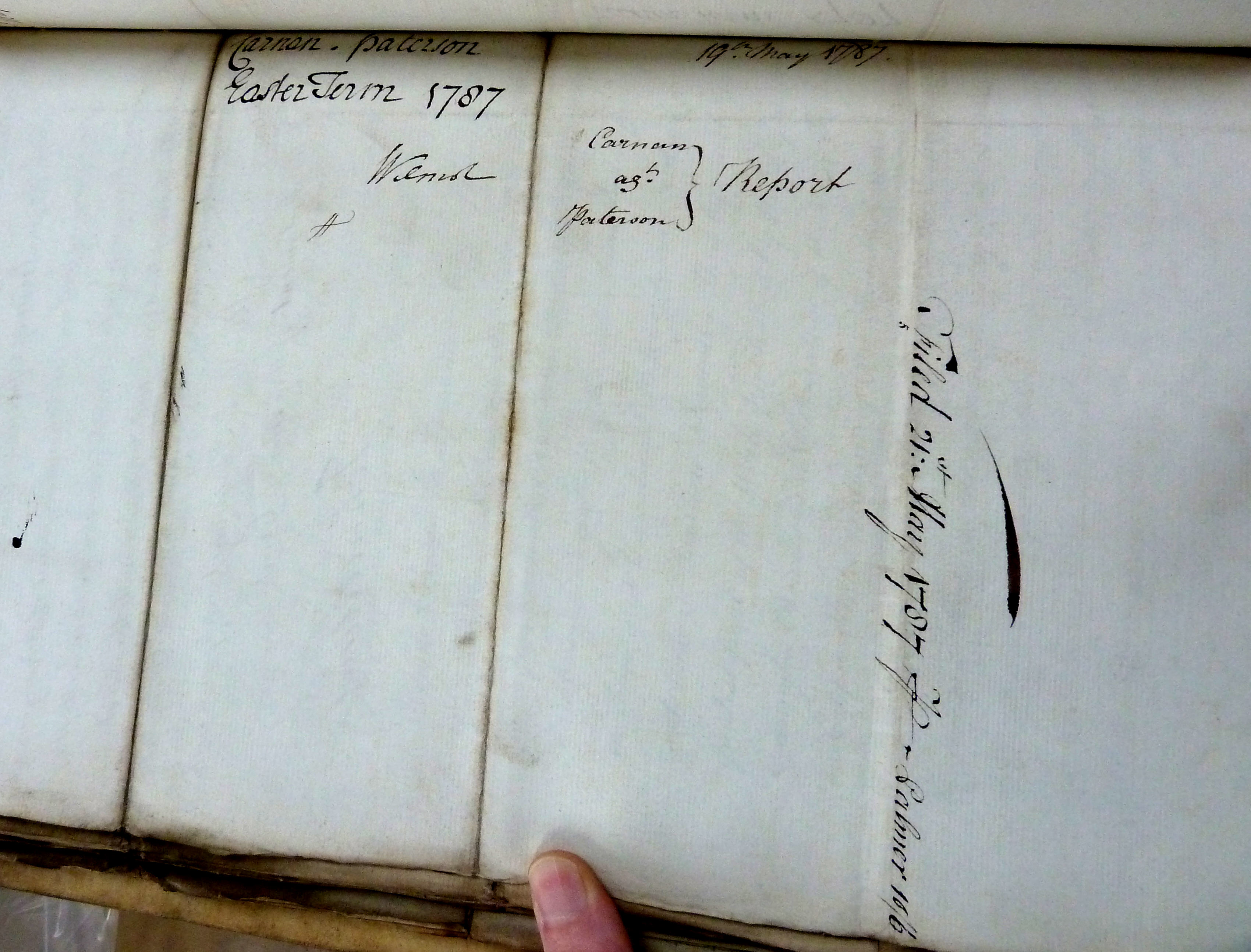 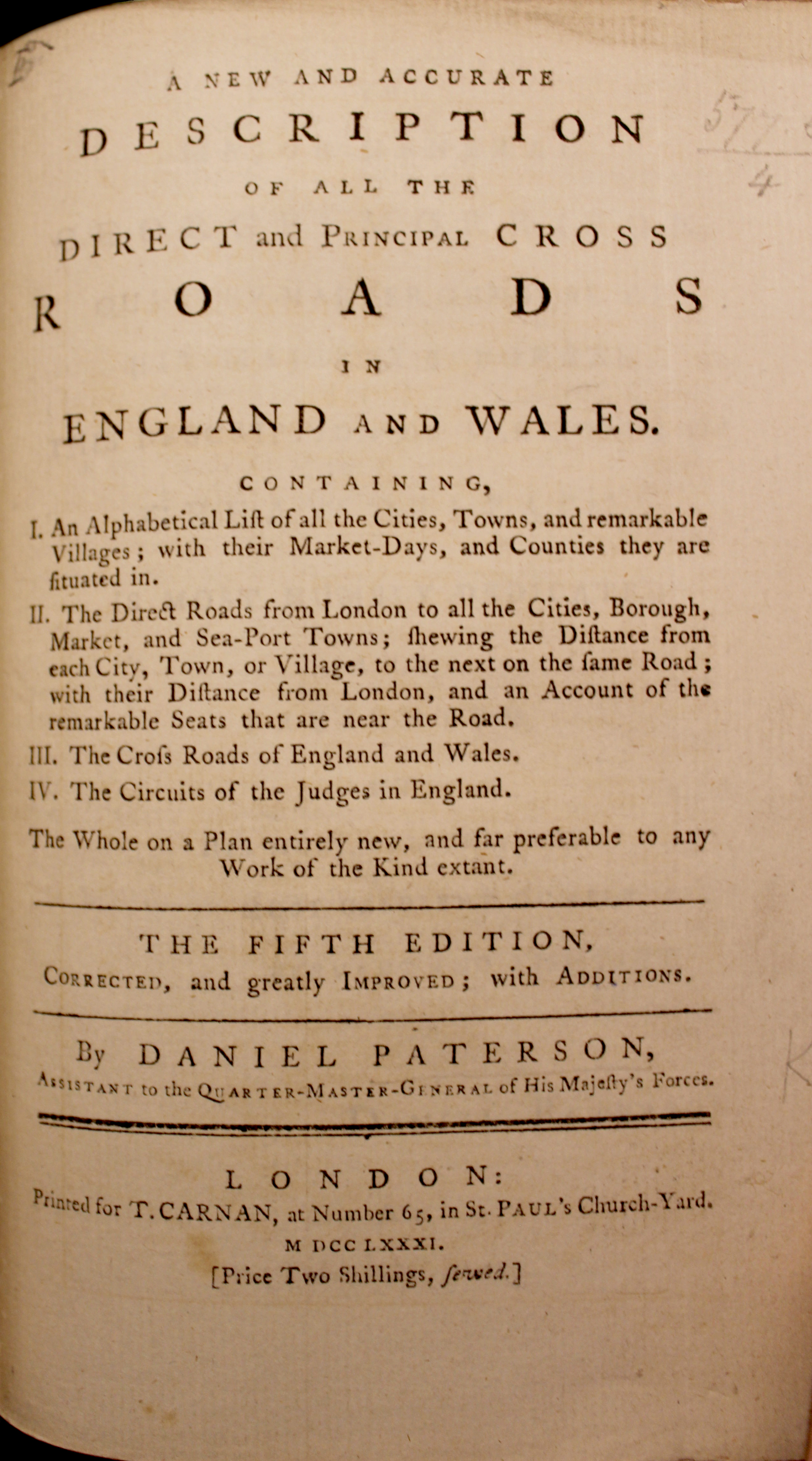 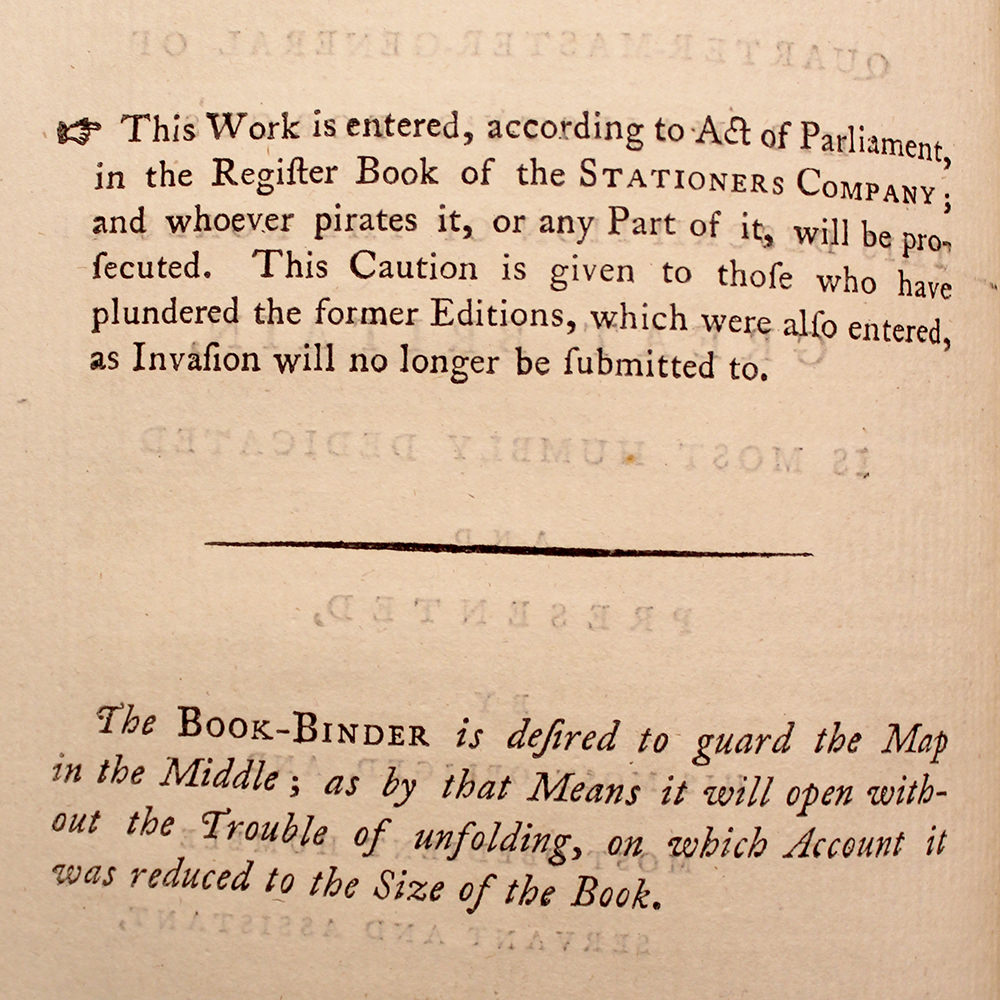 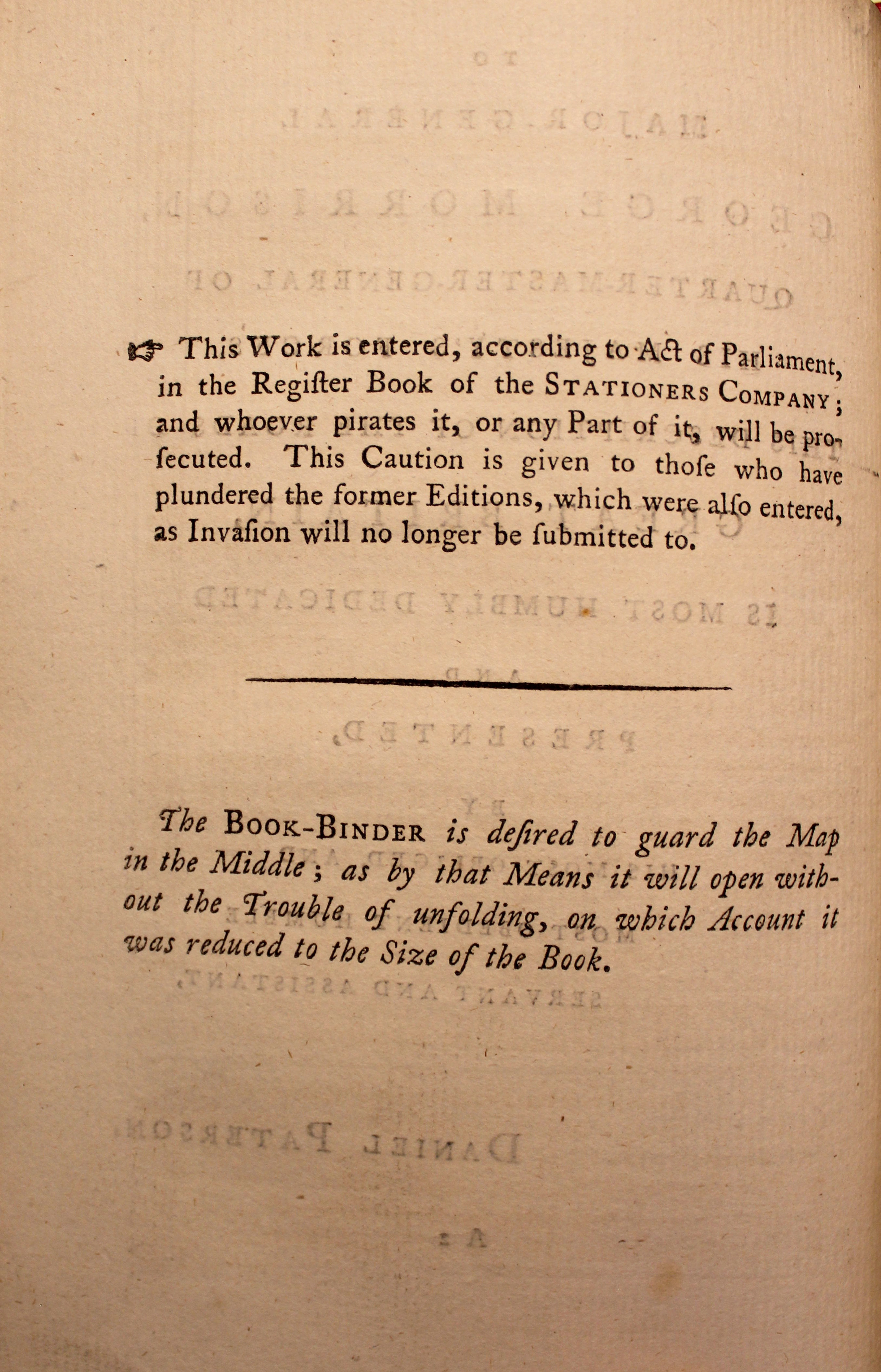 Copyright notice placed at the front of Paterson’s Roads 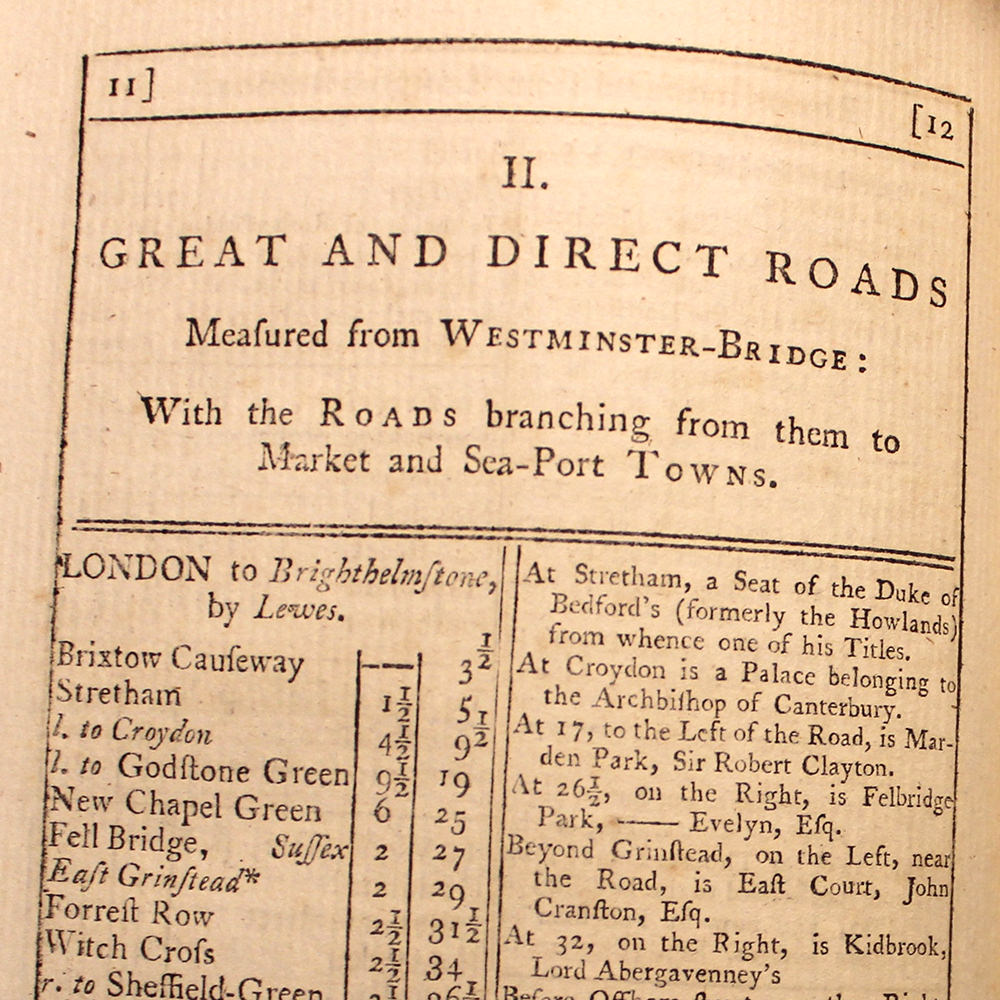 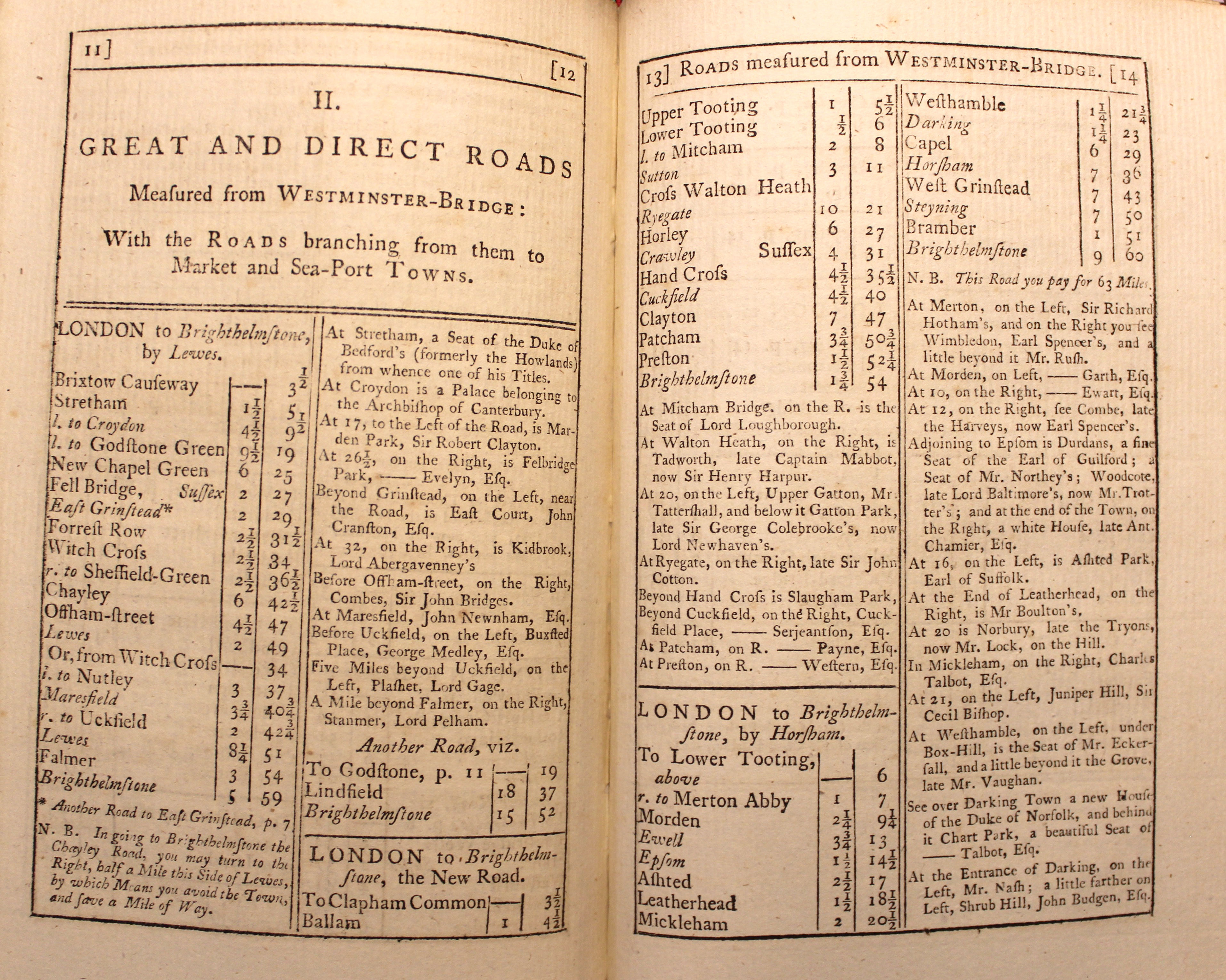 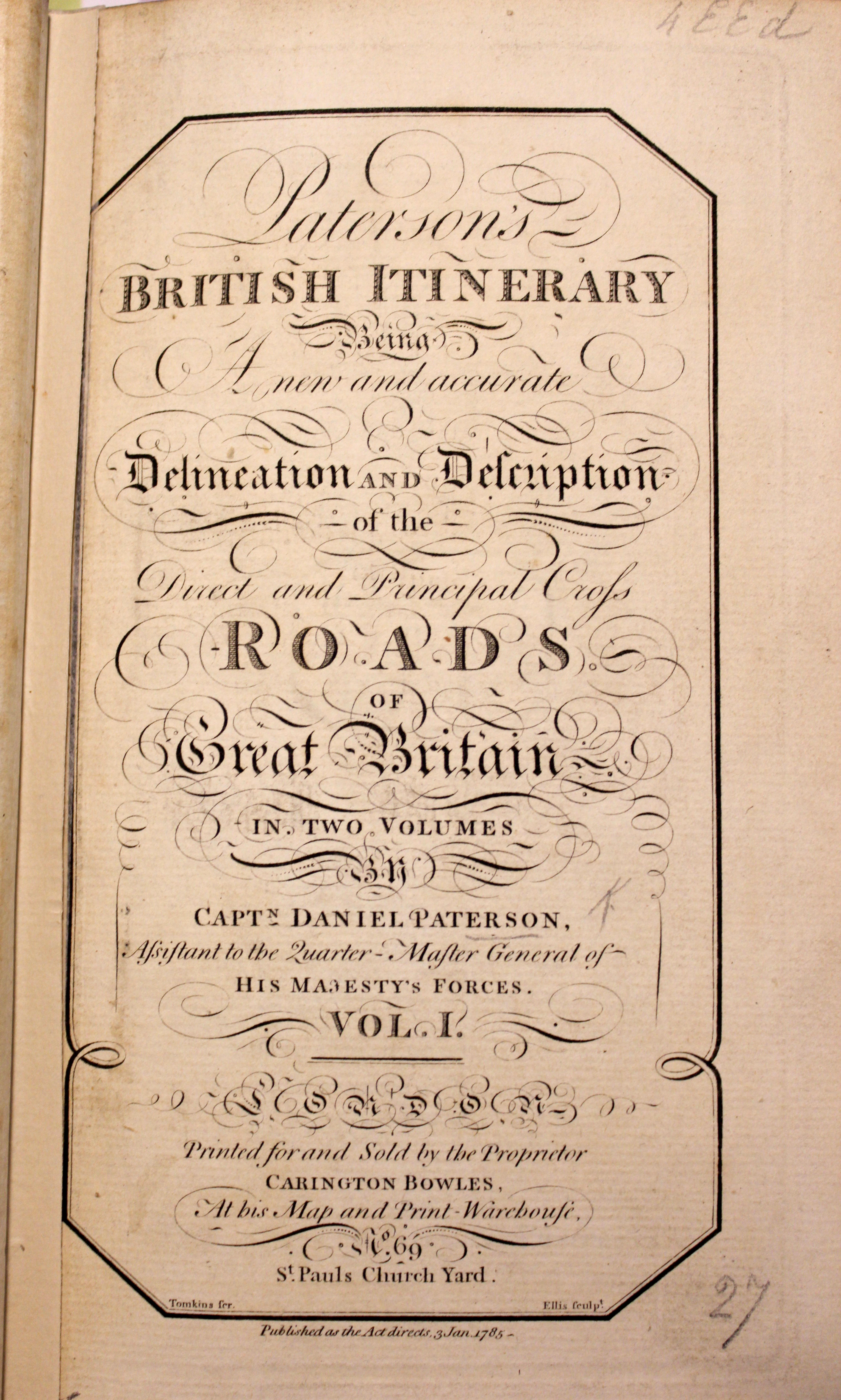 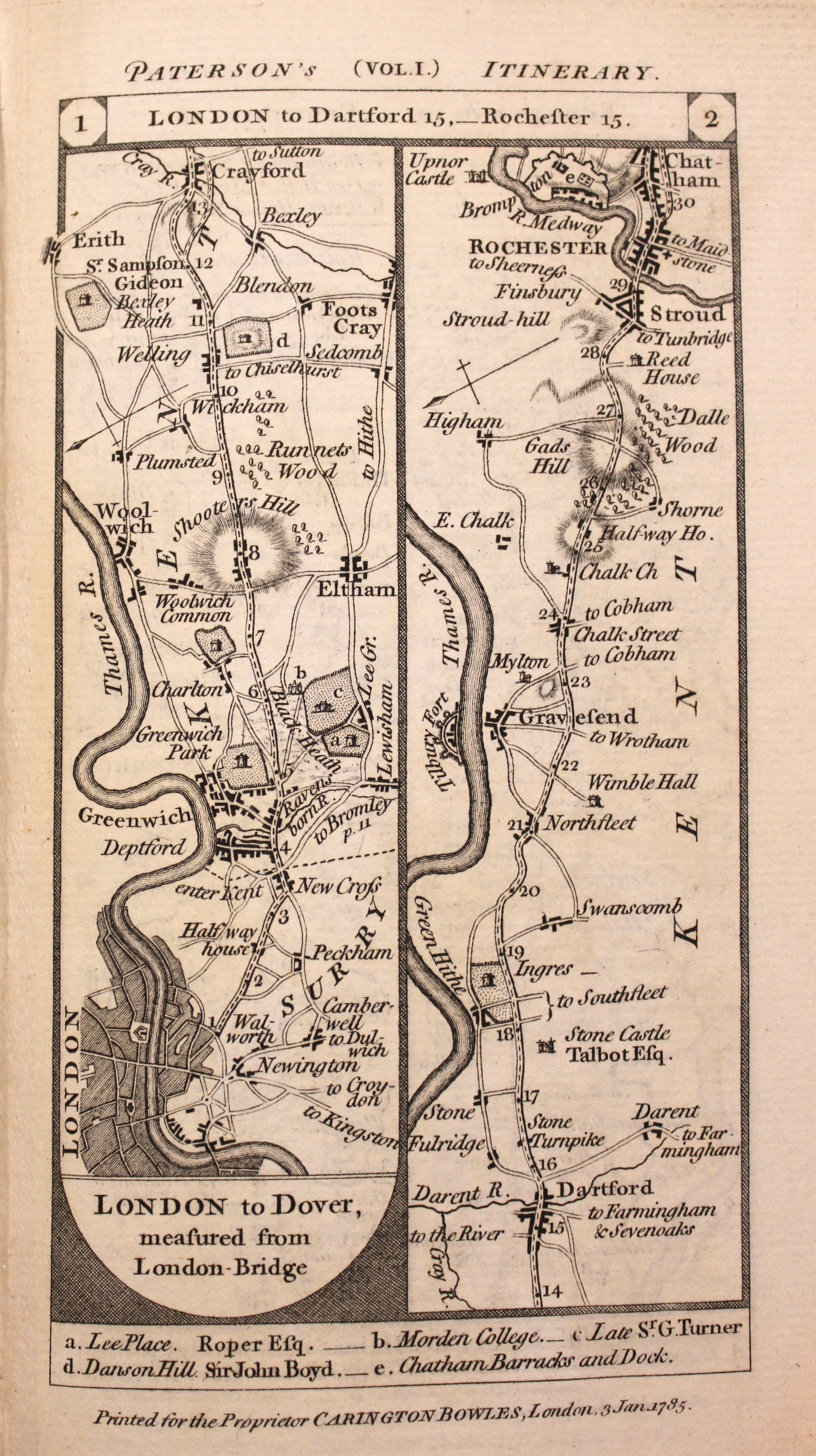 Lionel Bently and Jane Ginsburg, ‘“The Sole Right …Shall Return to Authors”: Anglo-American Authors’ Reversion Rights from the Statute of Anne to Contemporary US  Copyright’ (2010) 25 Berkeley Technology Law Journal 1475