William Faden was the son of a printer, who formed a partnership with Thomas Jefferys the Younger in 1773. Three years he later went into business on his own and soon became one of the leading London mapmakers, being appointed Geographer to the King in 1783. In 1797 he brought a suit in Chancery against the publisher and bookseller John Stockdale. Faden stated that he had employed compilers and engravers to produce a map of Saint Domingo Island in 1794, which he later amended upon acquiring better materials on the Spanish part of the island. Faden claimed Stockdale had approached him asking to purchase the copper plates, but, when Faden declined, Stockdale simply copied the map. He then tipped it into An Historical Survey of the French Colony in St Domingo, a book written by Bryan Edwards, a Member of Parliament and supporter of the slave trade, which was published by Stockdale in 1797.

Stockdale responded by claiming that Faden was not the original inventor of the map, as he claimed, but that he had copied it from another map published in France called the Saint Domingo Pilot. Stockdale admitted he had taken a copy of Faden’s map to an eminent engraver, who drew it up on a reduced scale, but alleged he had the same right to do that as Faden had to compile the map from other maps. Isaac Palmer made an affidavit confirming that Stockdale had asked him to engrave the map on a reduced scale. The Master of the Rolls ordered that Faden should bring an action at law for damages within three months and that the injunction would stand until he did so. There is no record of any action at law having been brought. 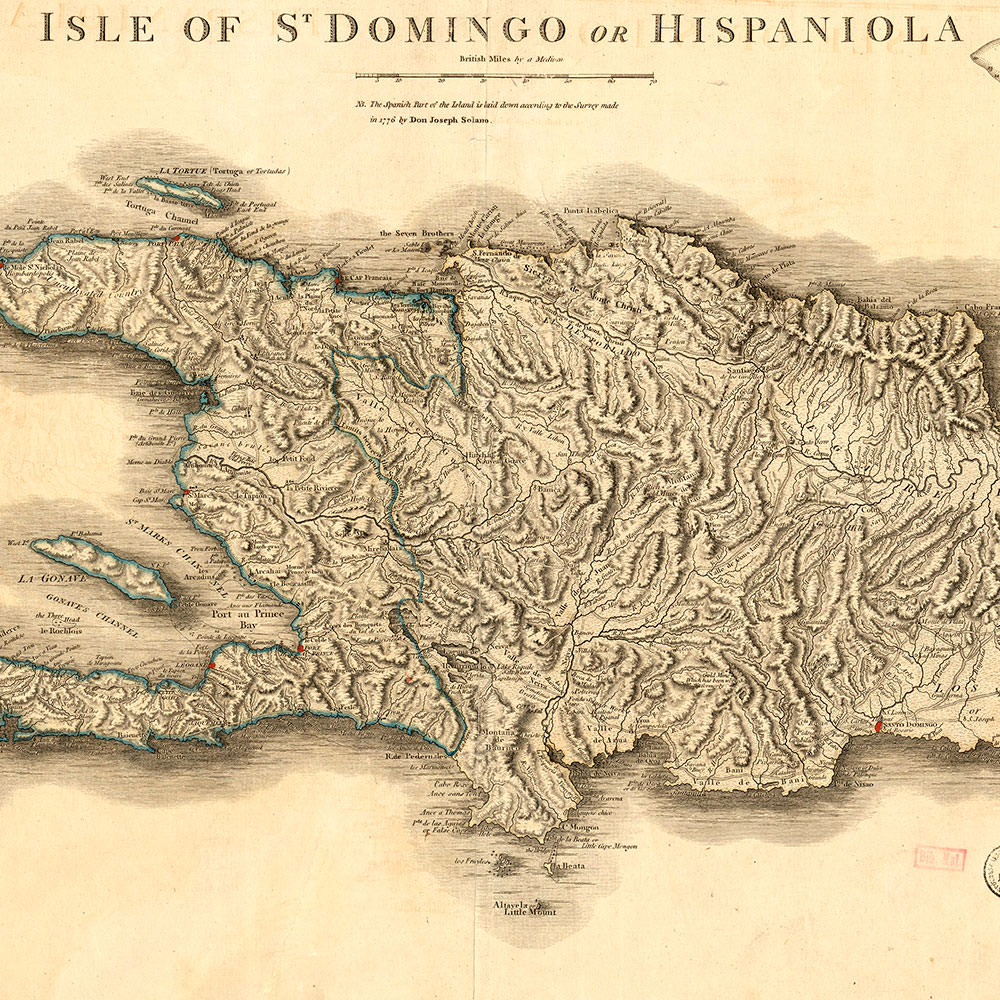 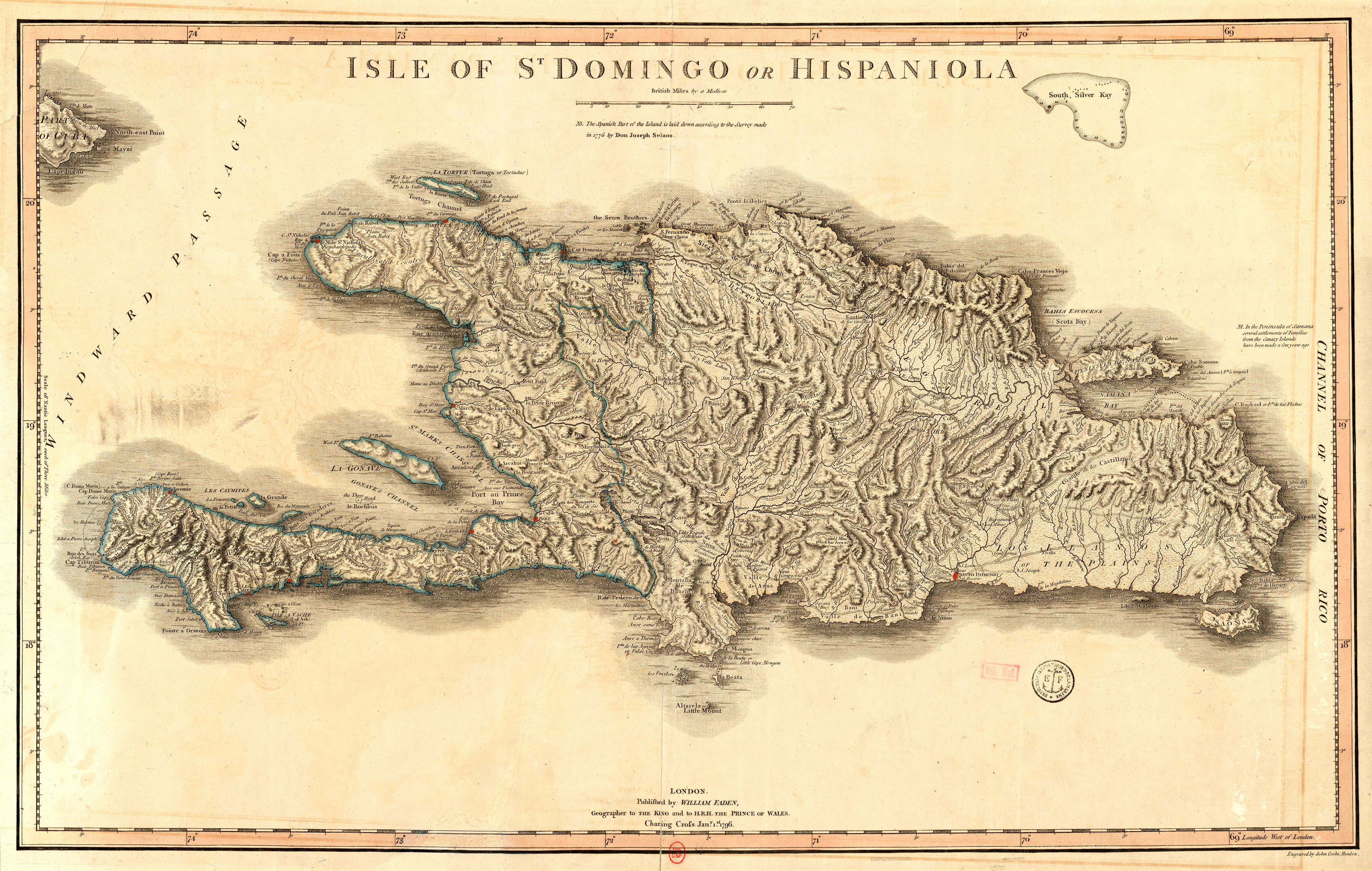 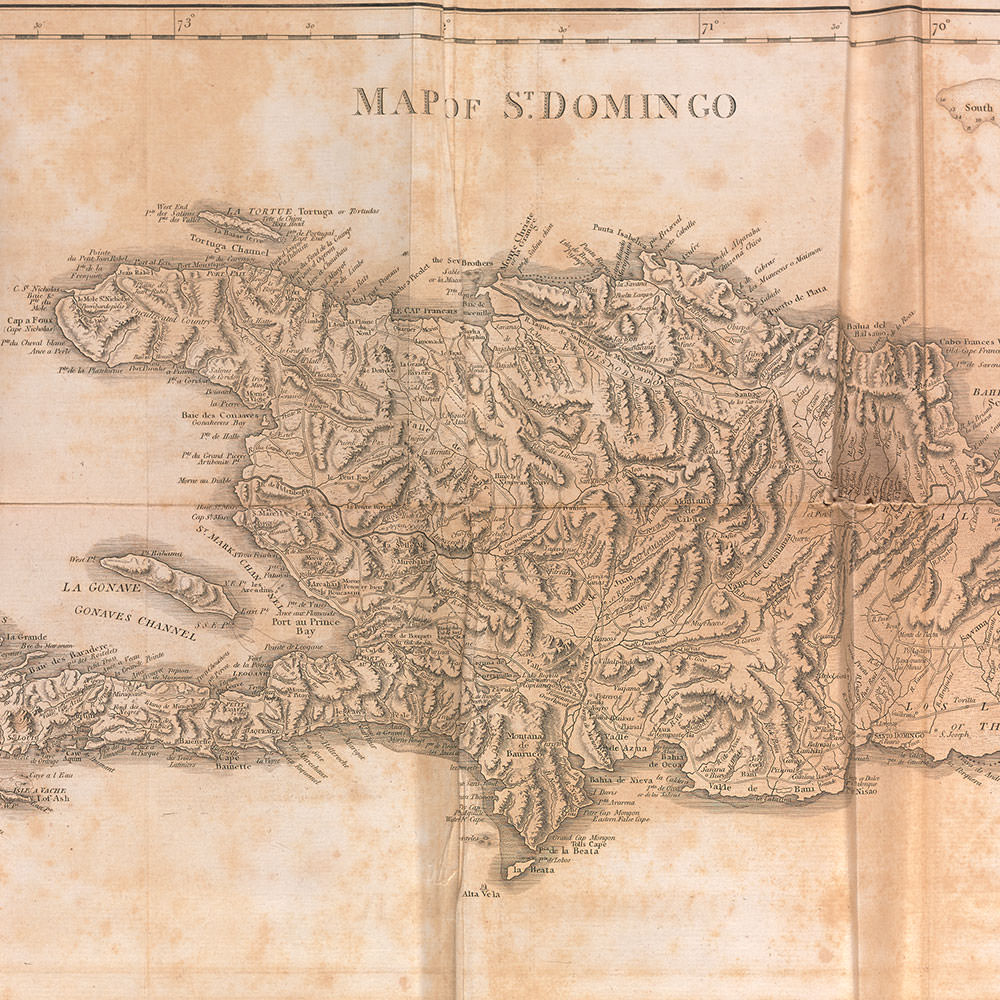 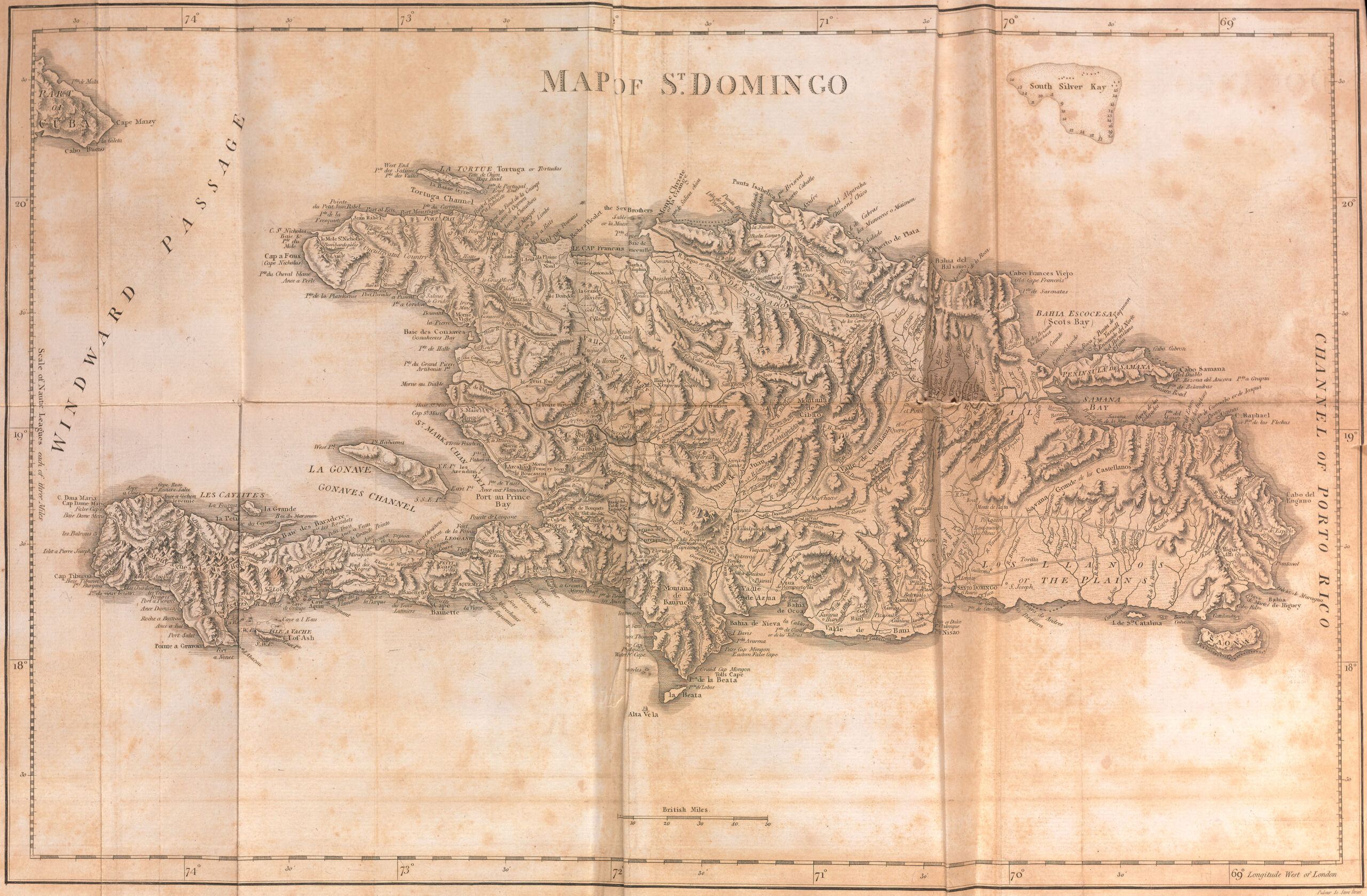 The map tipped into John Stockdale’s publication, An Historical Survey of the French Colony in the Island of St Domingo by Bryan Edwards (London, 1797) (Beinecke Library, Yale) 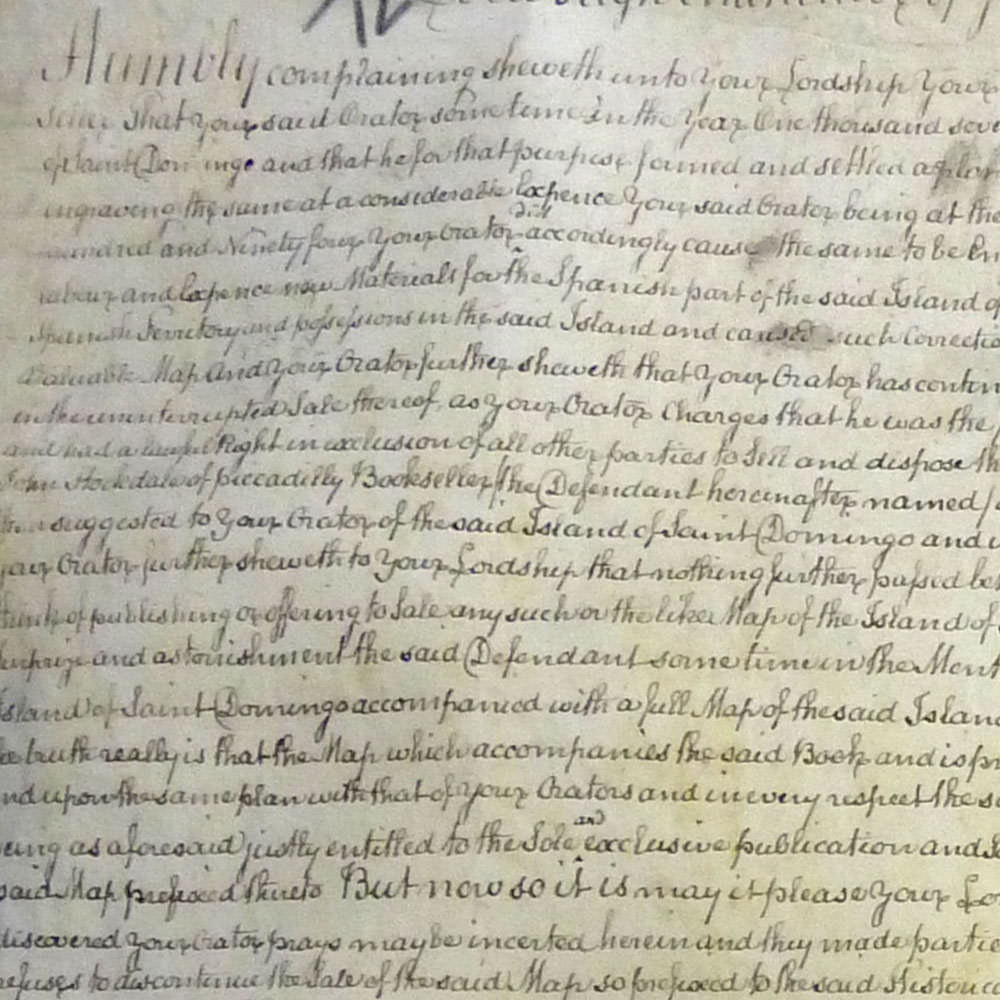 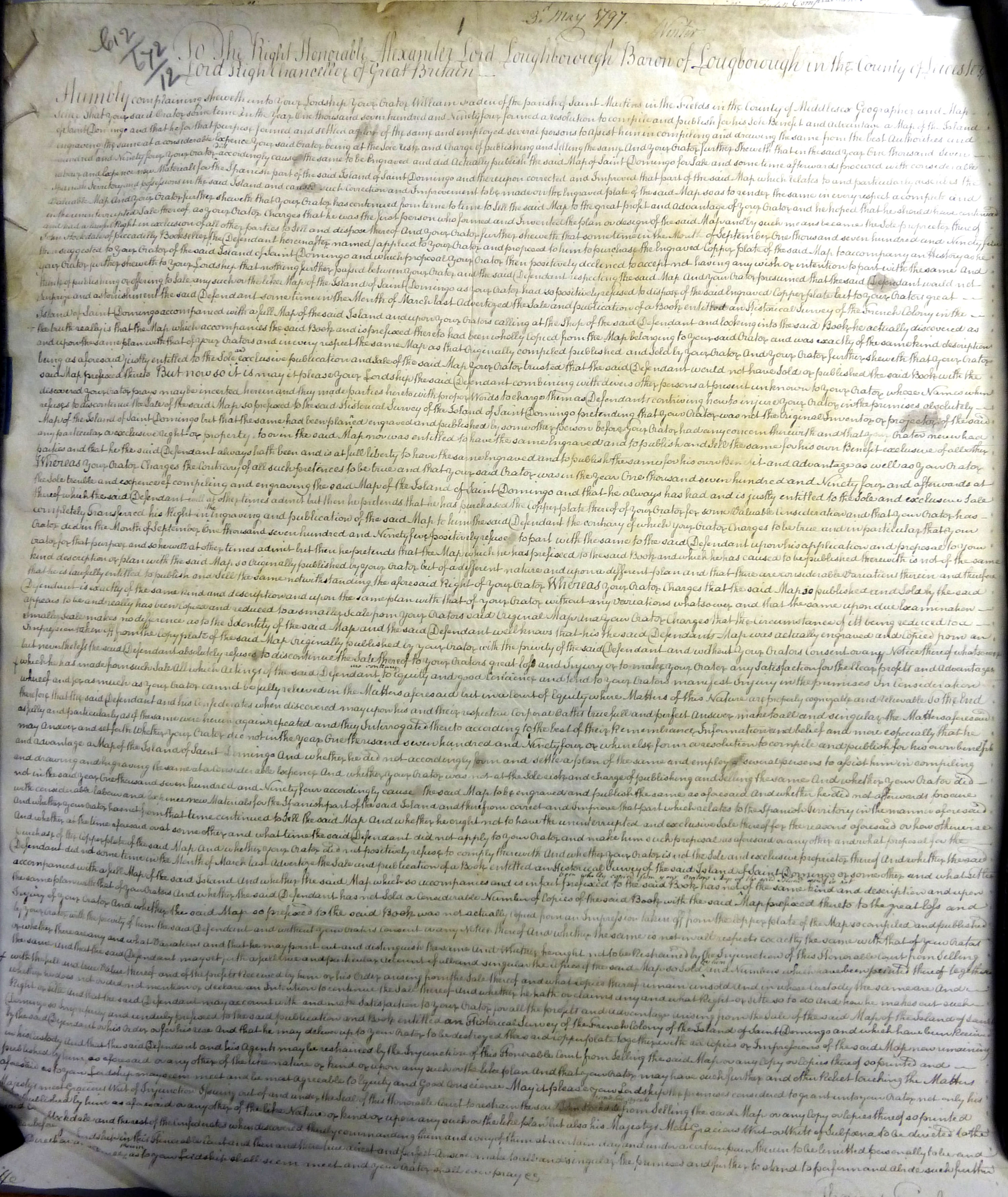 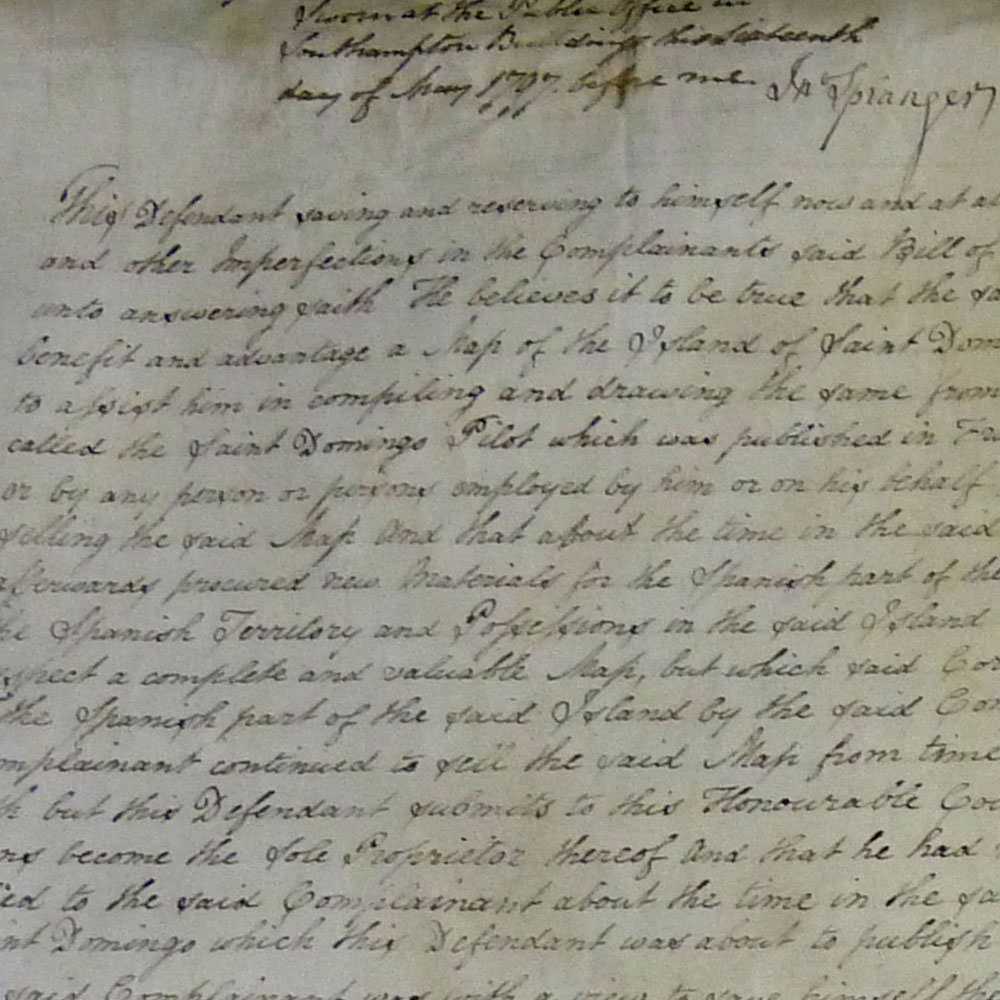 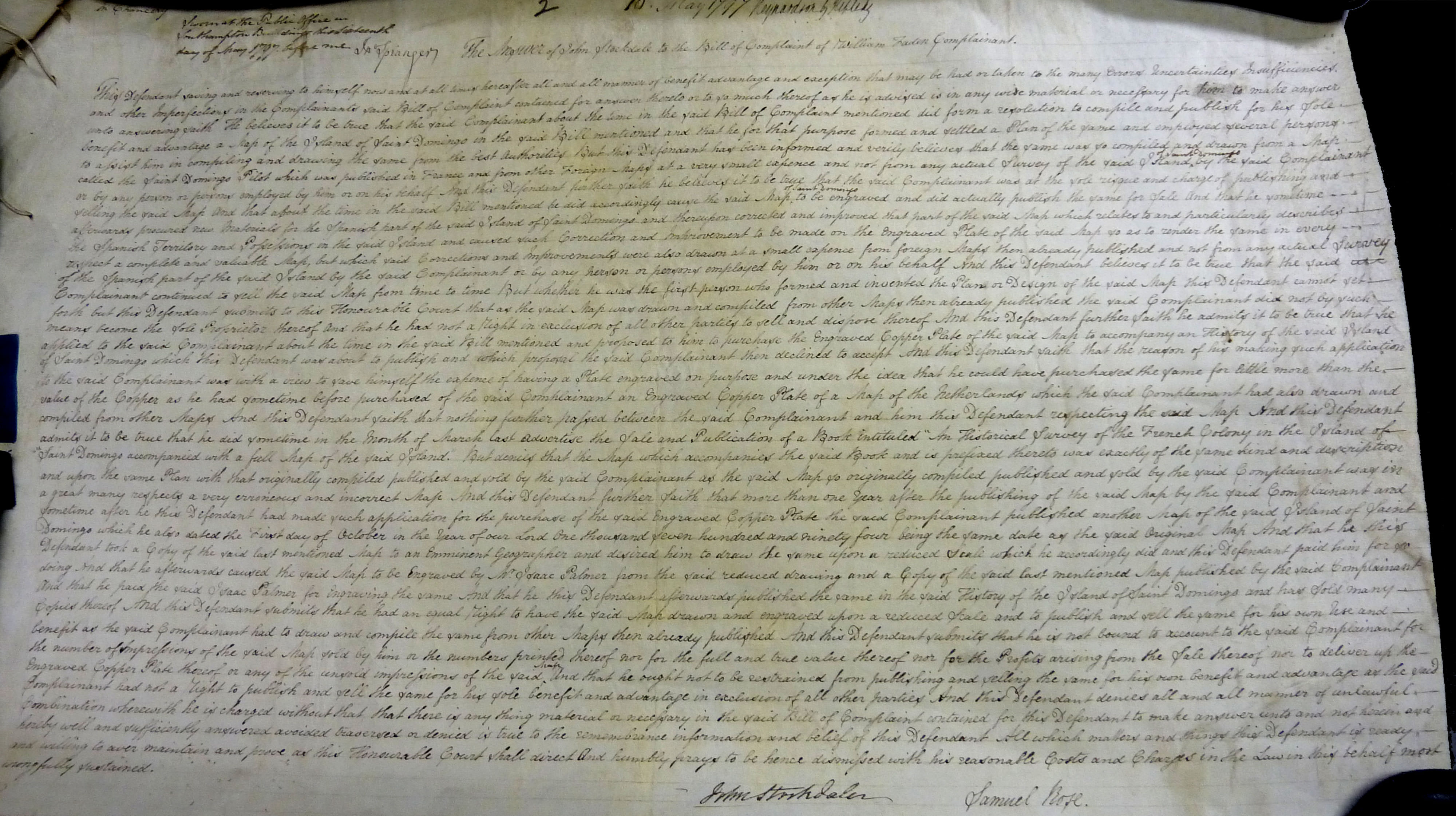