This is the first, known, case involving maps and copyright infringement. In February 1770, Thomas Jefferys brought a Bill of Complaint in the Court of Chancery against the printseller and publisher Carington Bowles. Jefferys complained that Bowles had copied his map game, entitled The Royal Geographical Pastime or the Complete Tour of Europe, published in 1768. In his Bill of Complaint, Jefferys relied upon the 1735 Engravings Act and the 1767 Engravings Act. In his Answer, Bowles admitted that he had published a game map entitled The Royal Geographical Pastime or Complete Tour of Europe, but said that he used a map from his own stock, that he had purchased the rights to the game from John Jefferys (no relation to Thomas), and that the game did not fall within the Engravings Acts because only the map was an engraving, while the notes and rules were on letterpress. Moreover, he alleged that Jefferys could not claim the protection of the Acts because he had not invented the game, but merely engraved it. A temporary injunction was granted to Jefferys and the case was referred to a Master, who would look at both games and decide if they were the same or not. The final outcome is not known. 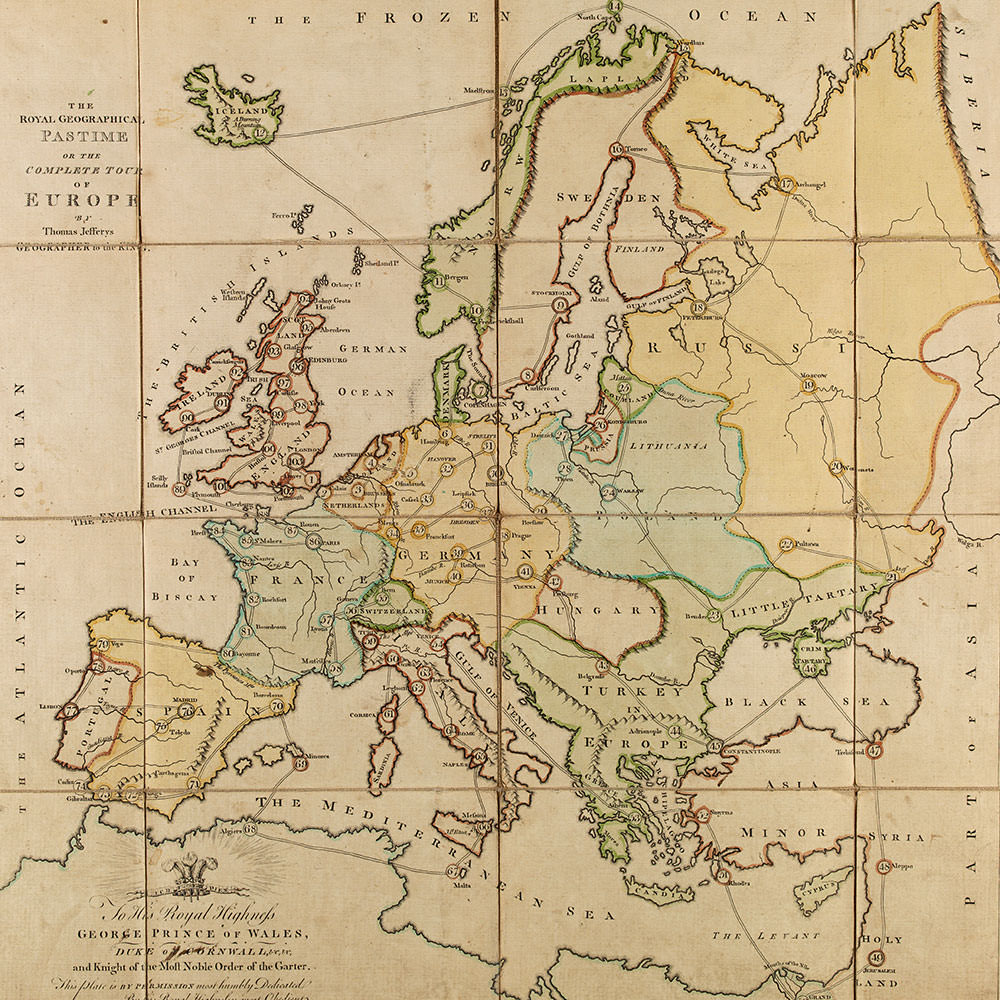 The Royal Geographical Pastime or the Complete Tour of Europe, Thomas Jefferys (London, 1768) | Scroll to zoom 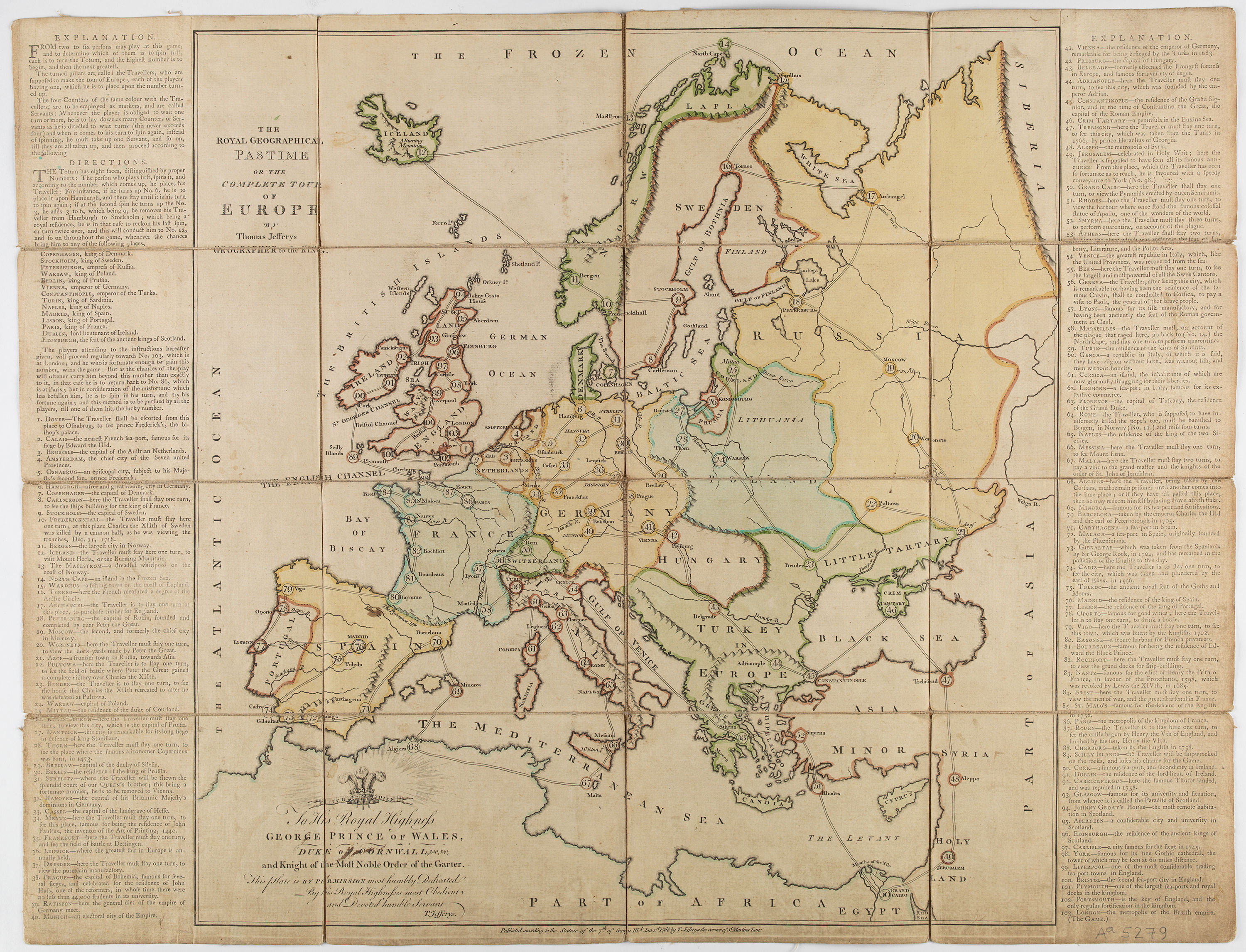 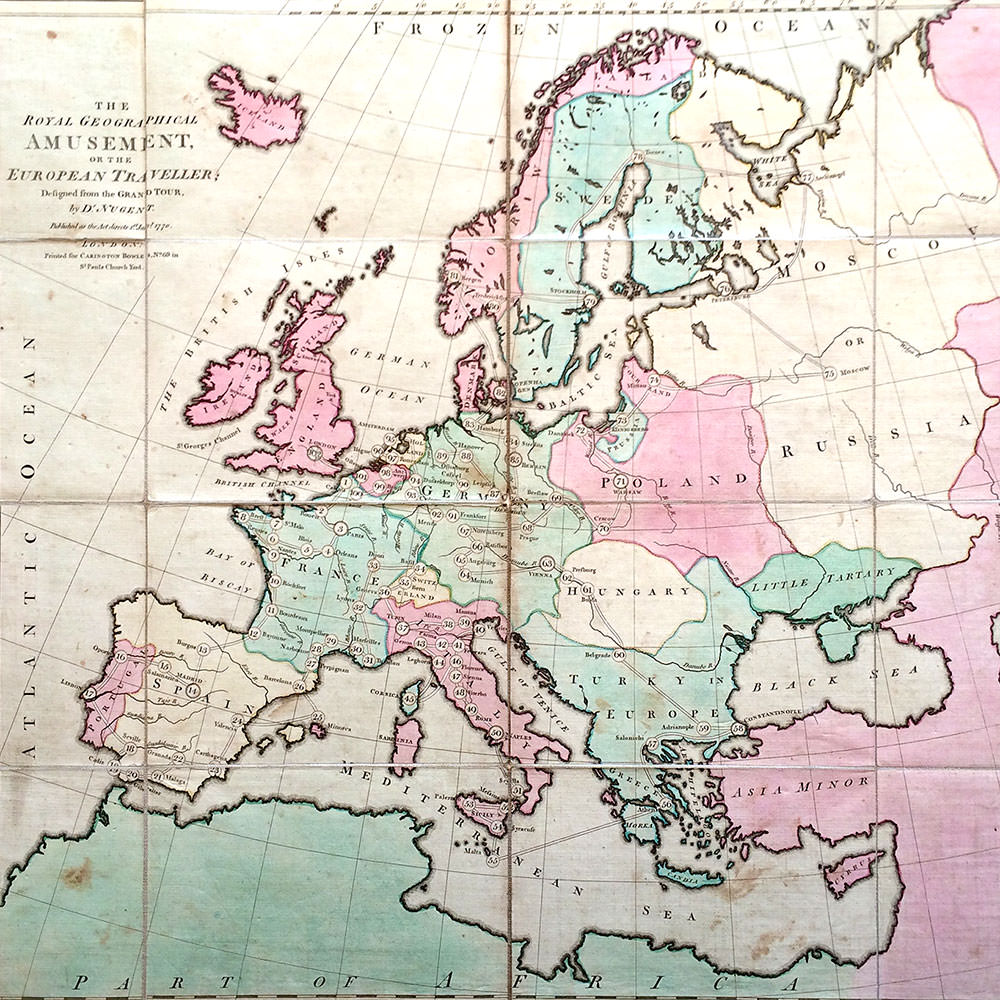 The Royal Geographical Amusement or the European Traveller Designed from the Grand Tour by Dr Nugent,Carington Bowles
(London, 1770) | scroll to zoom 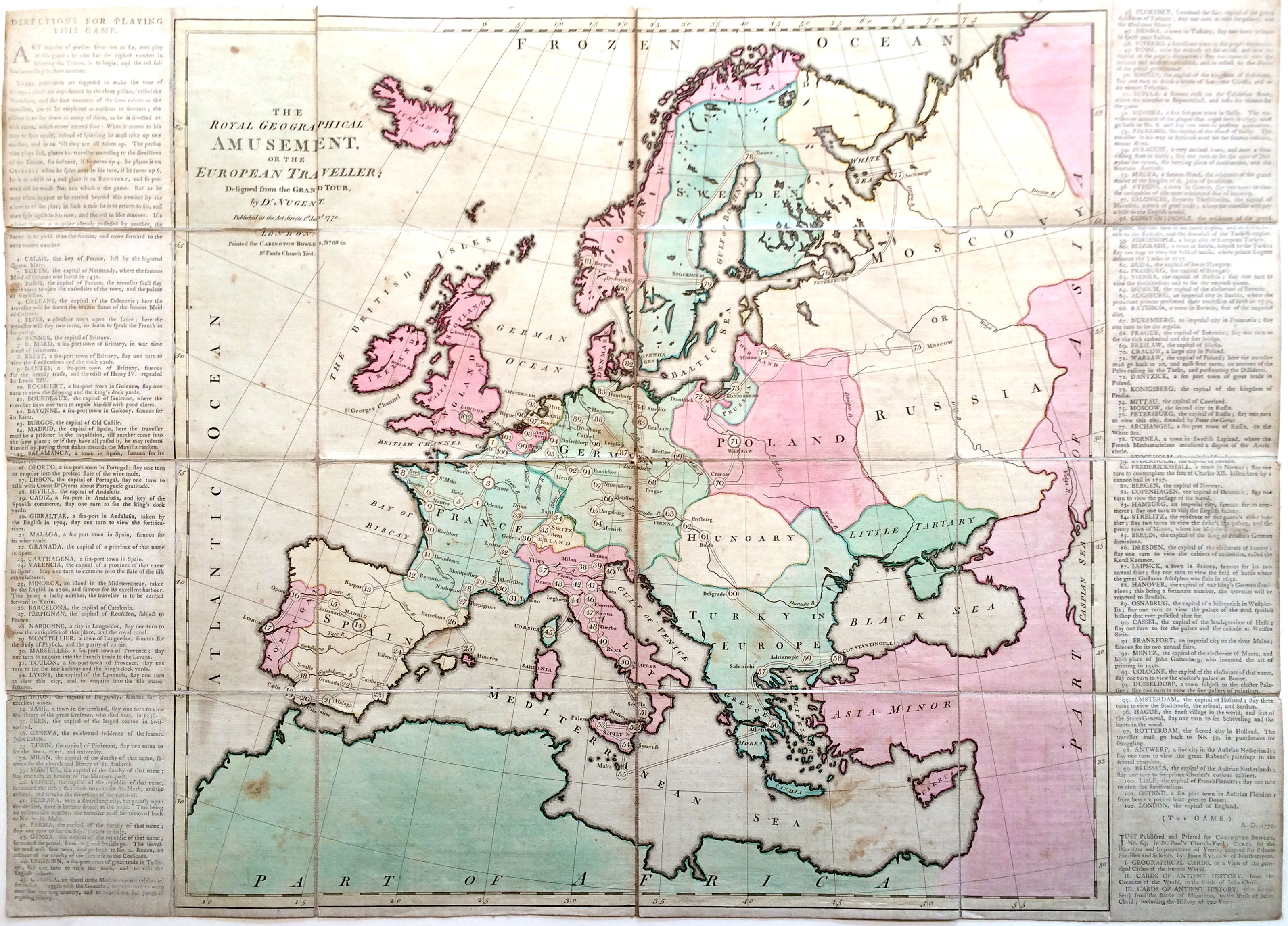 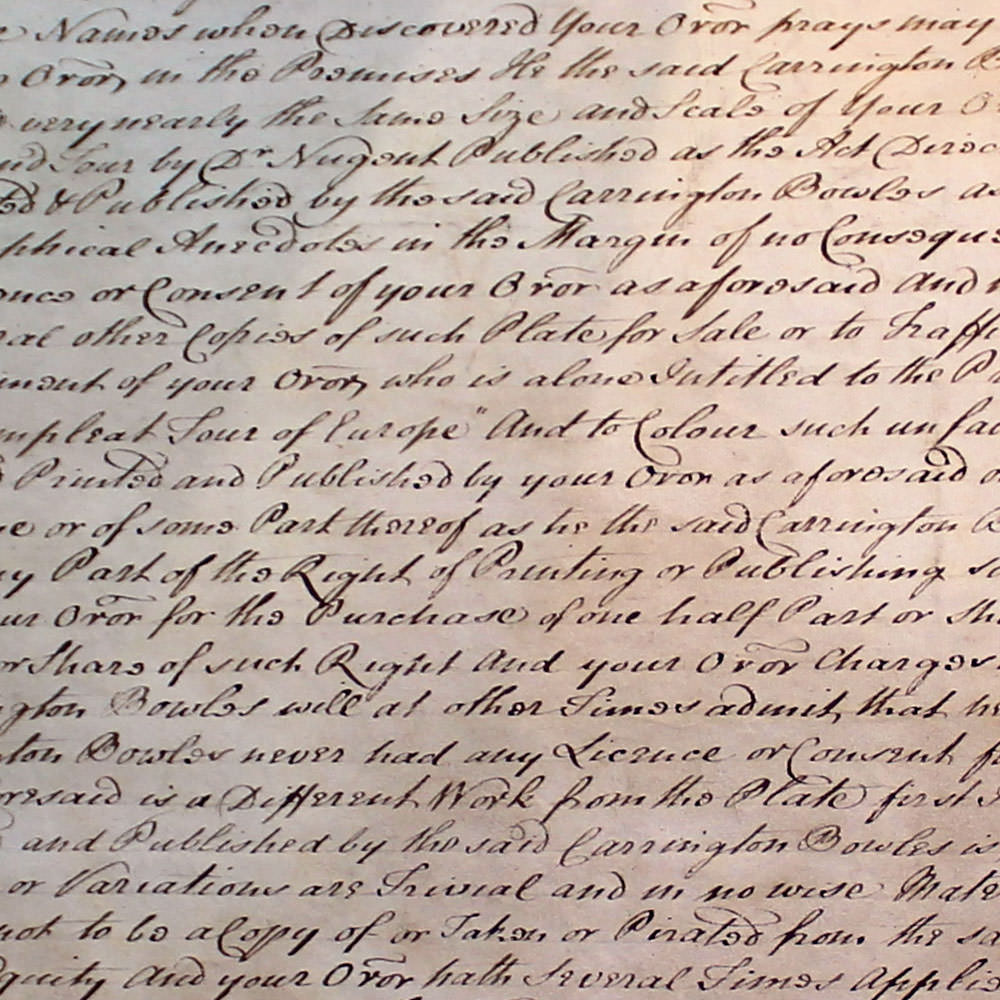 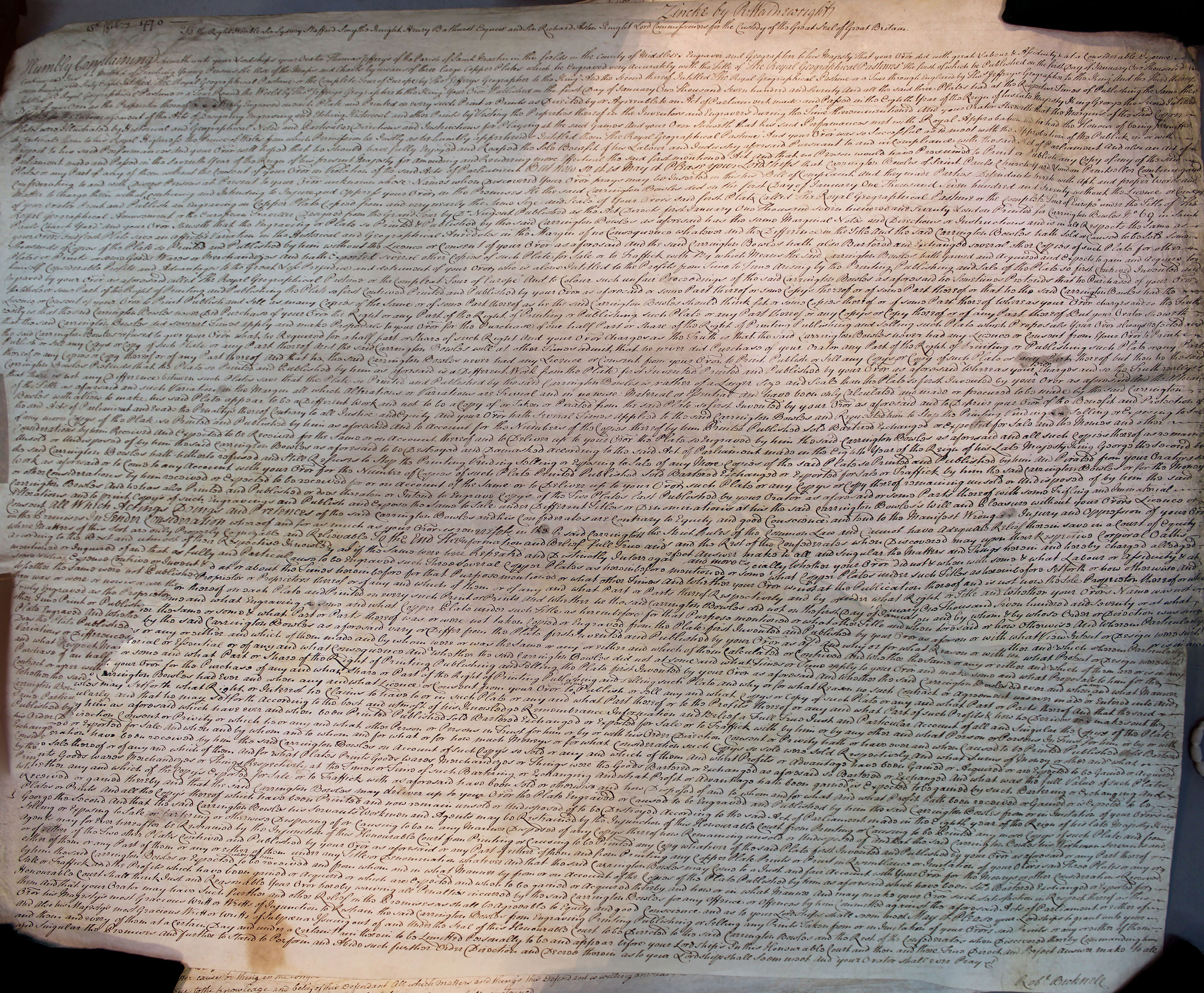 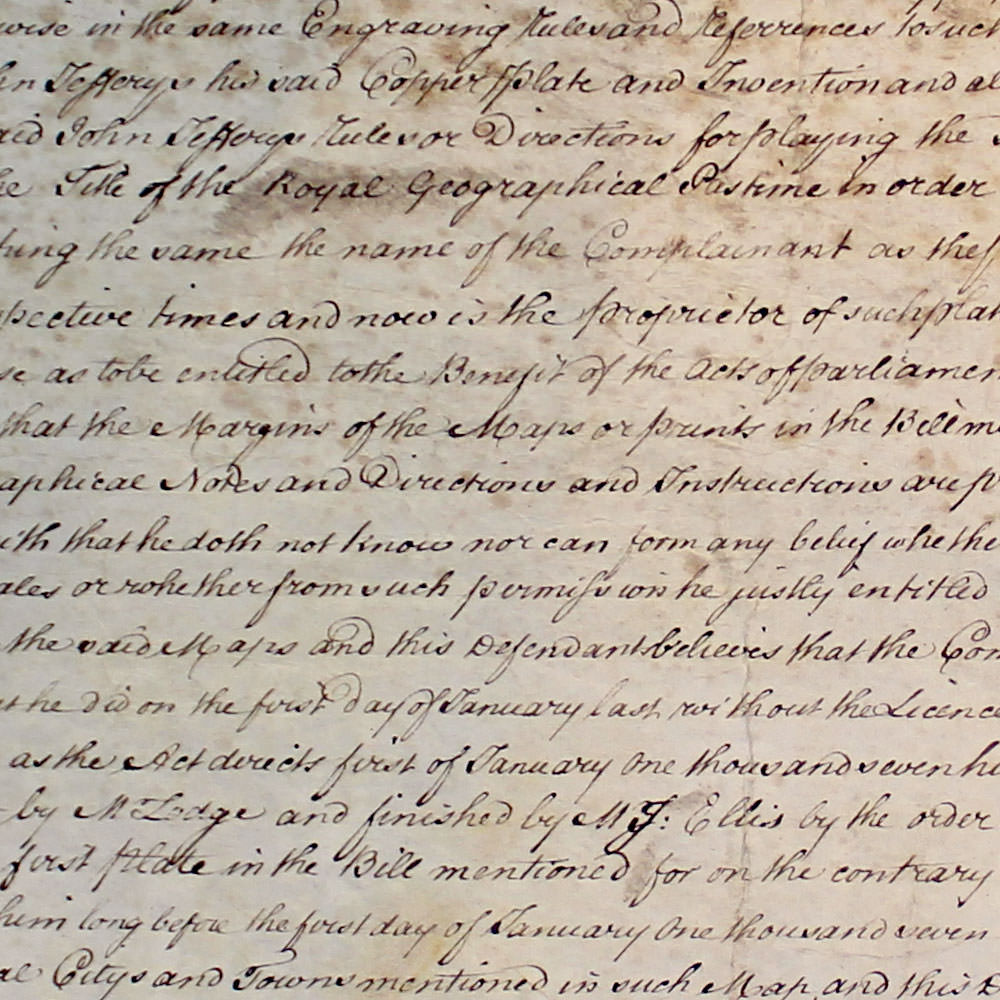 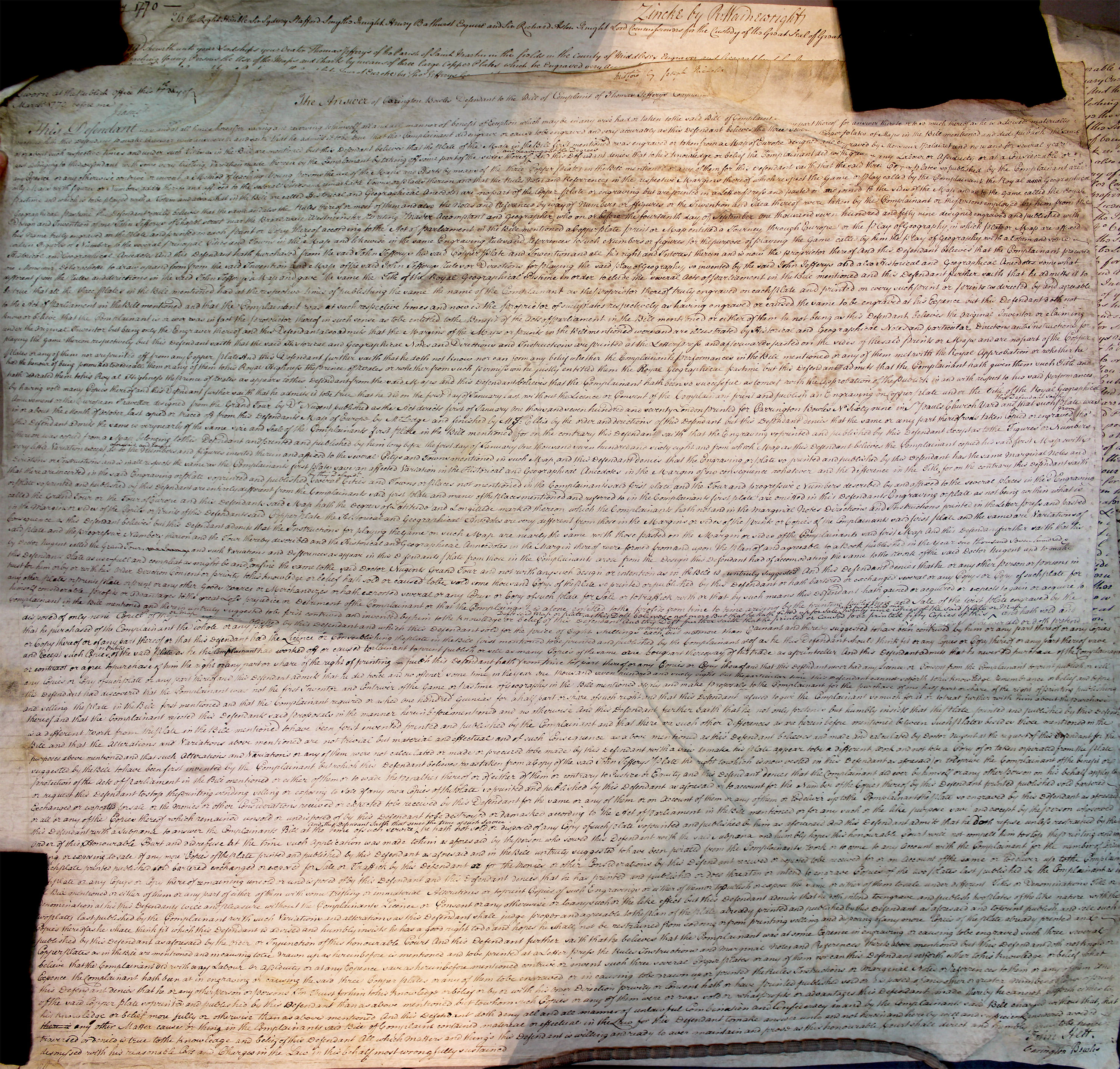 For more detail on the litigation see:

Alexander and Martinez, ‘A Game Map: Object of Copyright and Form of Authority in Eighteenth-Century Britain’ (2020) 72:2 Imago Mundi 163-180

JB Harley, ‘The Bankruptcy of Thomas Jefferys: An Episode in the Economic History of Eighteenth Century Map-Making (1966) 20 Imago Mundi 27