As the city of Sydney expanded and transformed in the late 1800s, commercial map makers realised that producing maps of the city as it developed would be a viable business strategy. Higinbotham, Robinson and Harrison was a map publishing firm established in 1882. The following year, they began to produce a series of municipal maps of Sydney. In December 1885, the Daily Telegraph announced the publication of Part 1 of ‘A Suburban Atlas’, which contained maps of six municipalities, with the further parts to follow.

Gibbs, Shallard & Co was a lithographic printing firm which had begun printing a pocket map of Sydney in 1882. Additionally, the firm printed an illustrated guide to Sydney including maps, in 1879 and other types of cartographic material, including municipality maps. In 1888, Higinbotham and Robinson (Harrison having left the firm) brought an action against Gibbs, Shallard and Co for copyright infringement in the Supreme Court of New South Wales. Higinbotham and Robinson claimed that their maps of the suburbs, municipalities and districts around Sydney contained ‘matter of information never before published, such as the marking or delineation of roads or streets and tram lines, the naming of such roads, the subdivision of blocks of land and so on’. They accused Gibbs, Shallard & Co of copying this information without authorisation.

Higinbotham and Robinson attempted to establish copying by identifying common mistakes in the respective publications. They also argued that some of the roads that had been copied did not yet exist. On this point, the judge, Justice Owen was not impressed and observed that this would not enhance their maps’ reliability. Gibbs, Shallard & Co argued that any copying that had occurred was trivial and that the maps were ‘so different in their character that the sale of one would in no way injure the sale of the other.’ These arguments swayed Justice Owen, who dismissed the case. The judge found that Gibbs, Shallard and Co’s map was an original work and any copying that had occurred was trivial. Where information, rather than the maps themselves was copied, the court determined copyright would not interfere. 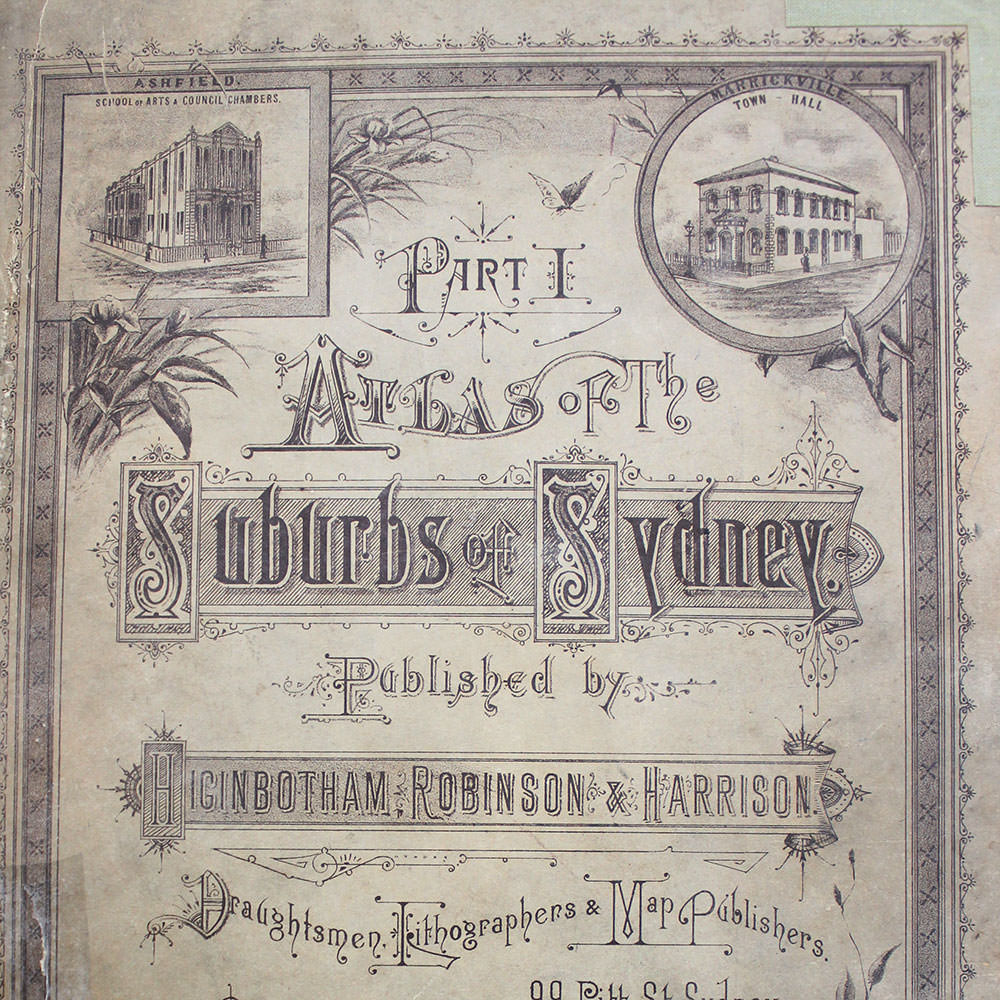 Atlas of the Suburbs of Sydney, Part I. Published by Higinbotham, Robinson and Harrison, 1886 | Scroll to zoom 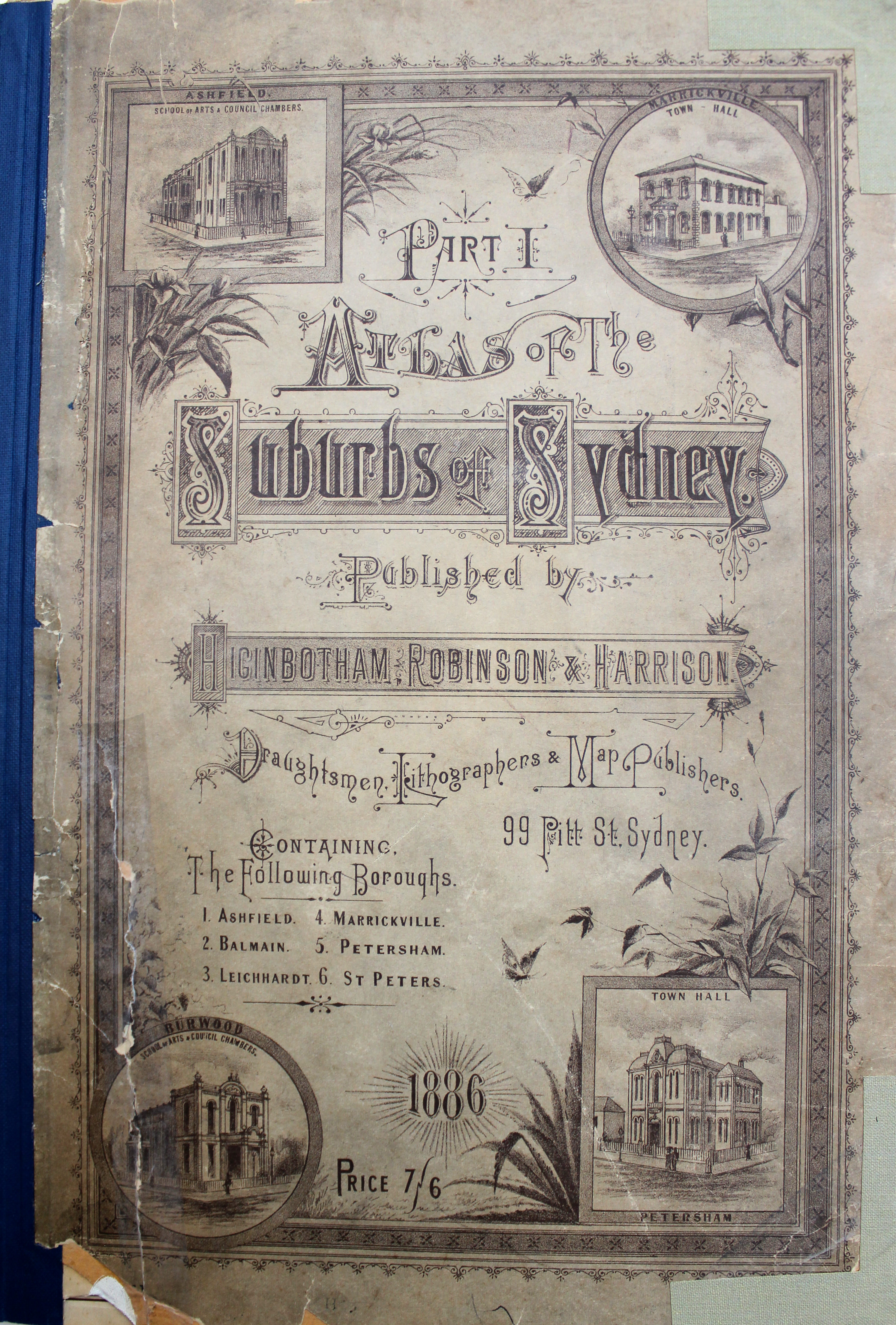 Atlas of the Suburbs of Sydney, Part I. Published by Higinbotham, Robinson and Harrison, 1886 (State Library of NSW, F981.11/H) 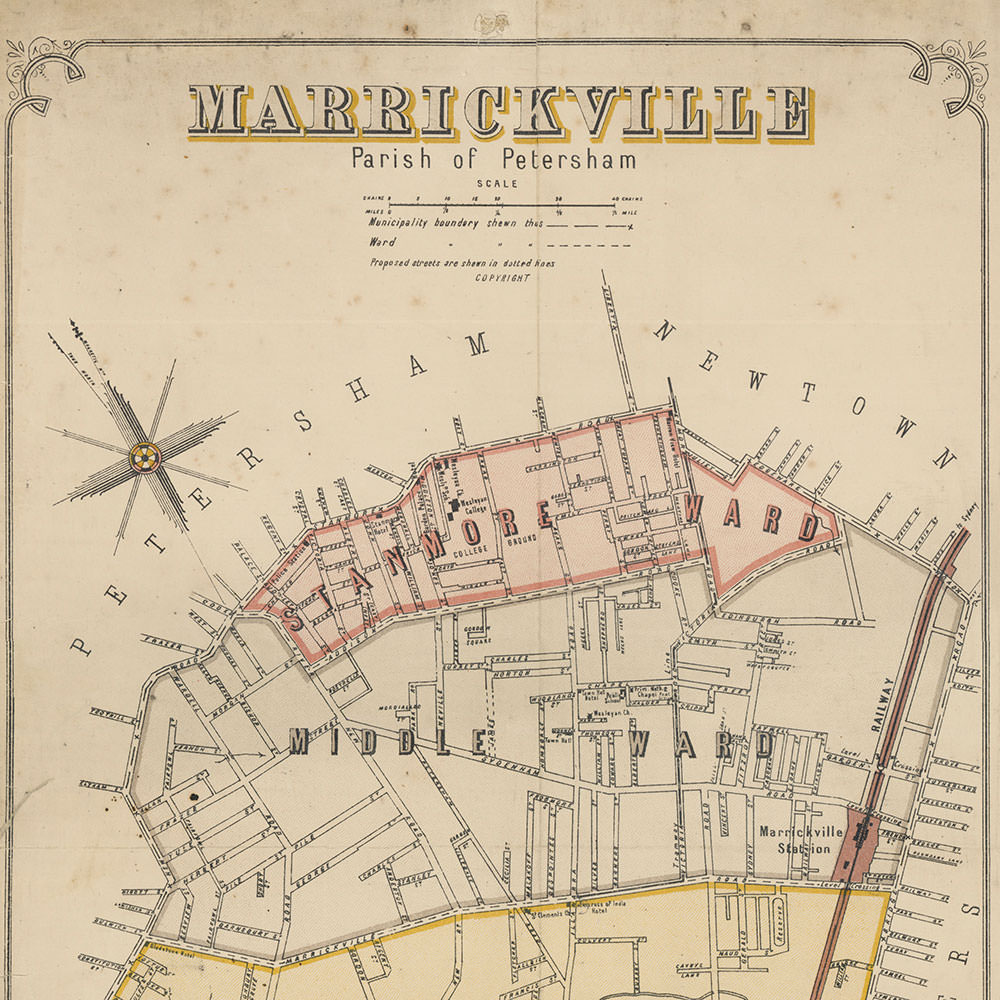 Map of Marrickville, from the Atlas of the Suburbs of Sydney | Scroll to zoom 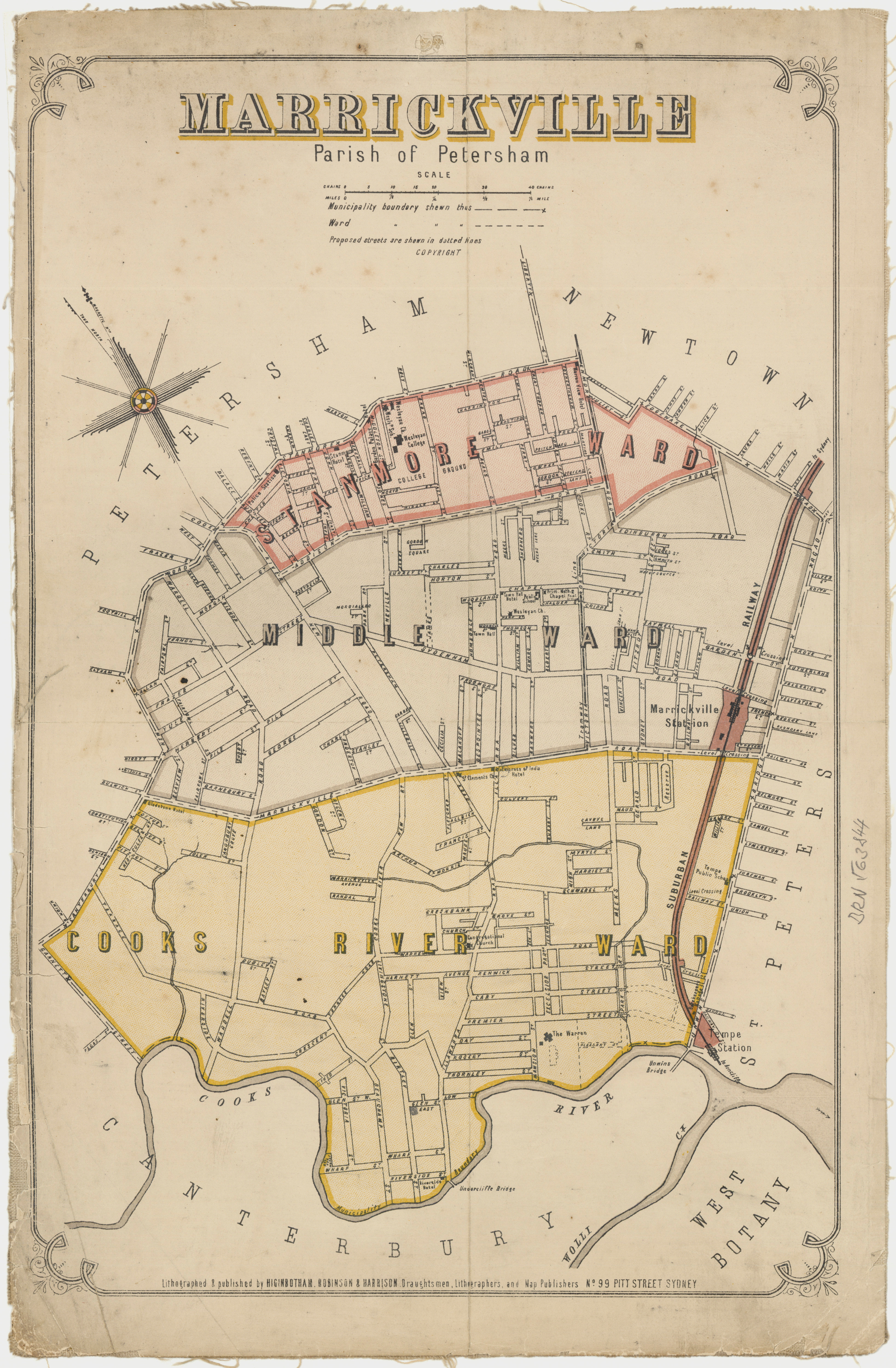 Map of Marrickville, from the Atlas of the Suburbs of Sydney (State Library of NSW, Maps/1196)

Gibbs, Shallard & Co’s new and complete map of the City of Sydney and suburbs | Scroll to zoom 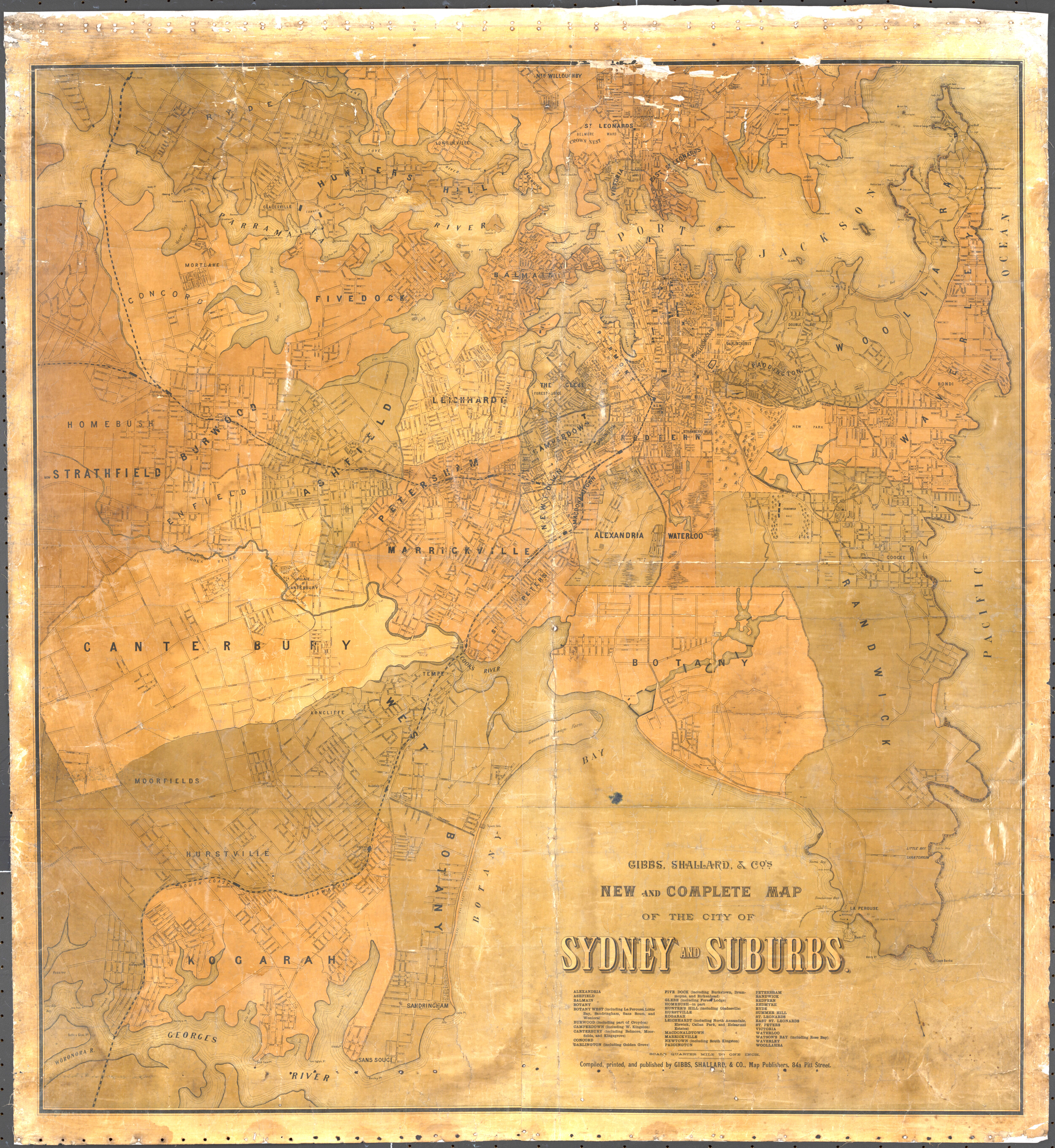 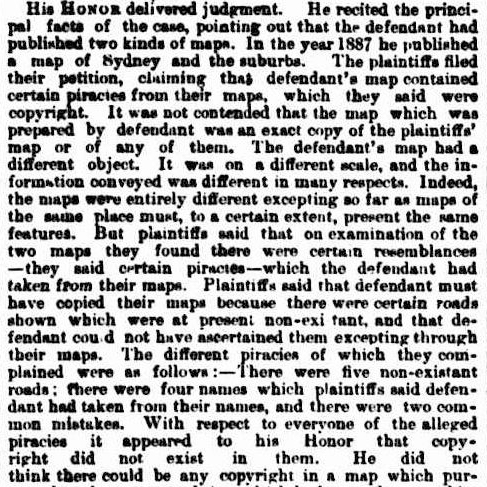