James Stuart Laurie was a prominent educational author and the creator of an innovative photo-relief map of England and Wales. This map was at the centre of Laurie’s dispute with Scottish publishing firm Bartholomew and their London-based printer Newnes. Laurie discovered that the frontispiece of Bartholomew’s Royal Atlas, recently published by Newnes, was ‘a precise facsimile’ of his own unique map.

Laurie alleged he had sent copies of the map to people who he thought might be interested, including Bartholomew, whom he asked about purchasing the copyright. Laurie’s case of copying was strengthened by his claim that it was the only map of its kind. To create the map, he produced a sketch of a large size Ordnance Survey map and used to it prepare a ‘relievo’ model constructed of wood or plaster. The model was then photographed using the autotype process. It cost Laurie £300 pounds to prepare the model and photograph. The claim was also supported by the evidence of accidental defects in Laurie’s photograph, either in the model or the film negative itself, which were reproduced in Bartholomew’s map. The affidavit of photographer John Henry Gear, in support of Laurie’s claim, revealed efforts taken to compare the two maps. Gear had photographed the Defendant’s map and superimposed it against the Laurie’s so that it became ‘quite apparent that the two maps were identical’. The only difference was that Bartholomew’s map contained rivers.

Newnes’ solicitors initially denied the merits of Laurie’s claim and argued that ‘they would sue for very heavy damages’ if Laurie succeeded in obtaining an injunction. However, after seeing his statement of claim, Newnes’ solicitors were convinced Laurie had a strong case. On 23 March, Newnes telegraphed Bartholomew that Laurie ‘means practically blackmail wont [sic] consider any offer under 100 pounds and costs.’ An offer was made to settle for £60 but the following day Laurie’s solicitors made a counter offer to settle for £250 plus costs. The Defendants filed their defence on 6 May 1899. They sought proof of Laurie’s title to the map and photograph, argued that the map lacked originality and literary value, and that a relief map was not a map within the meaning of section 2 of the Copyright Act 1842. These arguments never made it to trial.

By the second week of August, a settlement had been agreed. Bartholomew and Newnes would pay Laurie £130 and costs. Laurie would license them to continue to use the map as the frontispiece, refusing to transfer copyright as part of the settlement.

Sources: Correspondence and legal records relating to this case are found in the Bartholomew Archive, National Library of Scotland, Series 952. 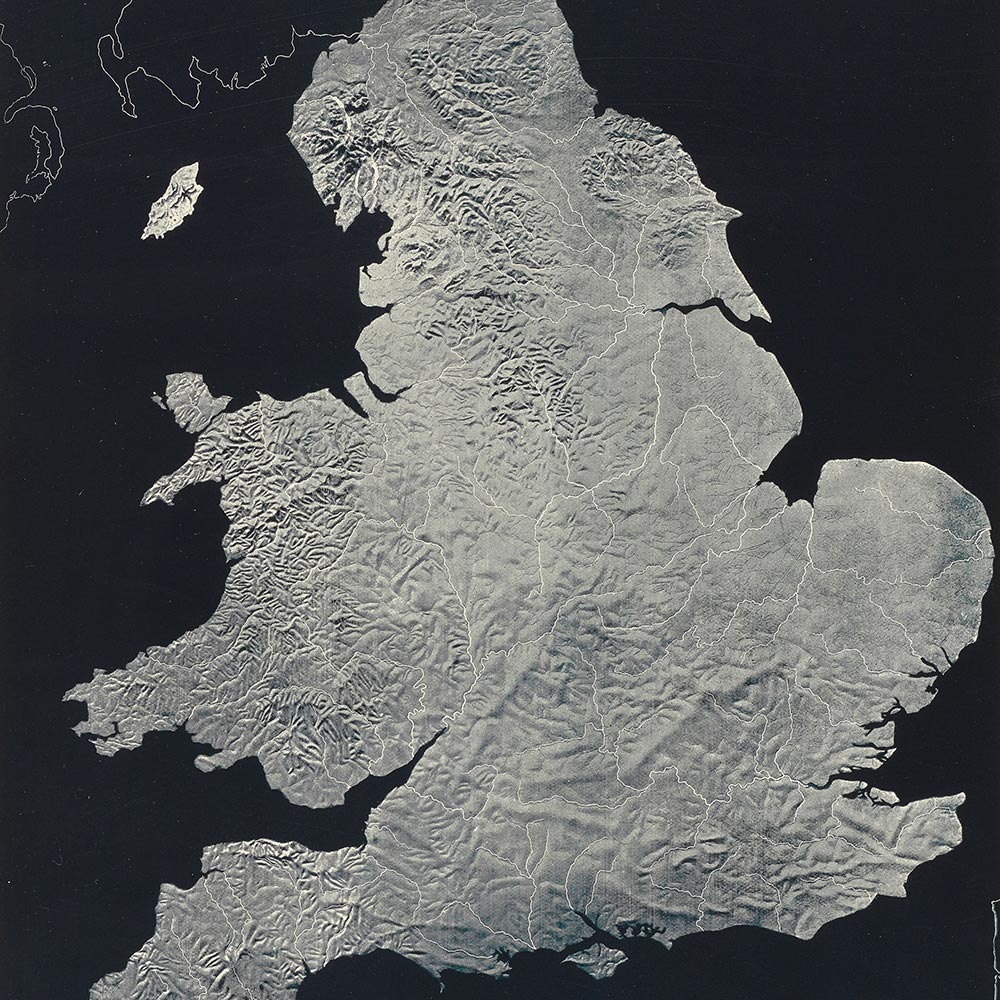 Frontispiece from the Royal Atlas of England and Wales, 1899 | scroll to zoom 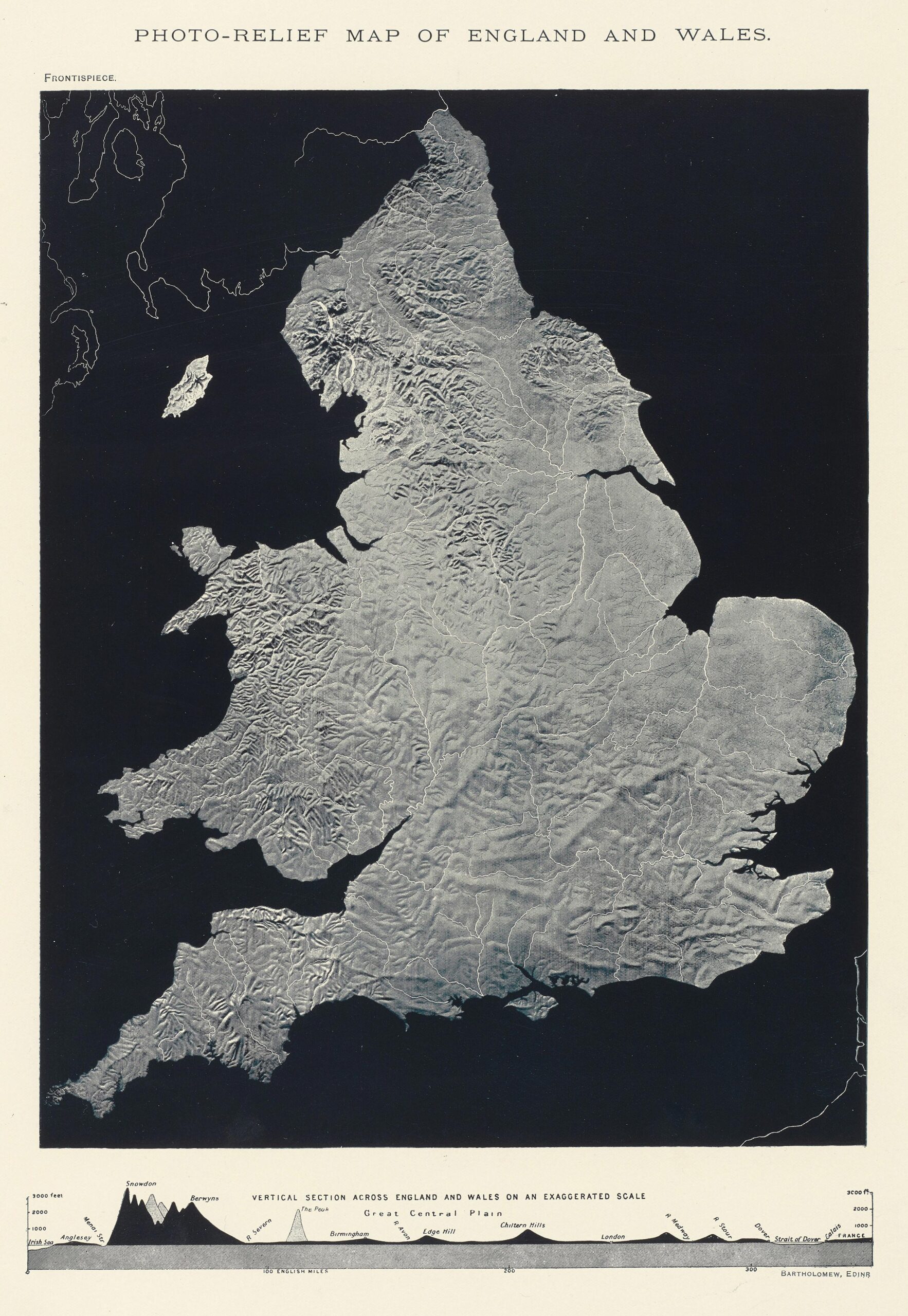 Frontispiece from the Royal Atlas of England and Wales, reduced from the Ordnance Survey, published by J. G. Bartholomew, 1899. This was the map copied from Laurie. (National Library of Scotland, Map.25.e.28). 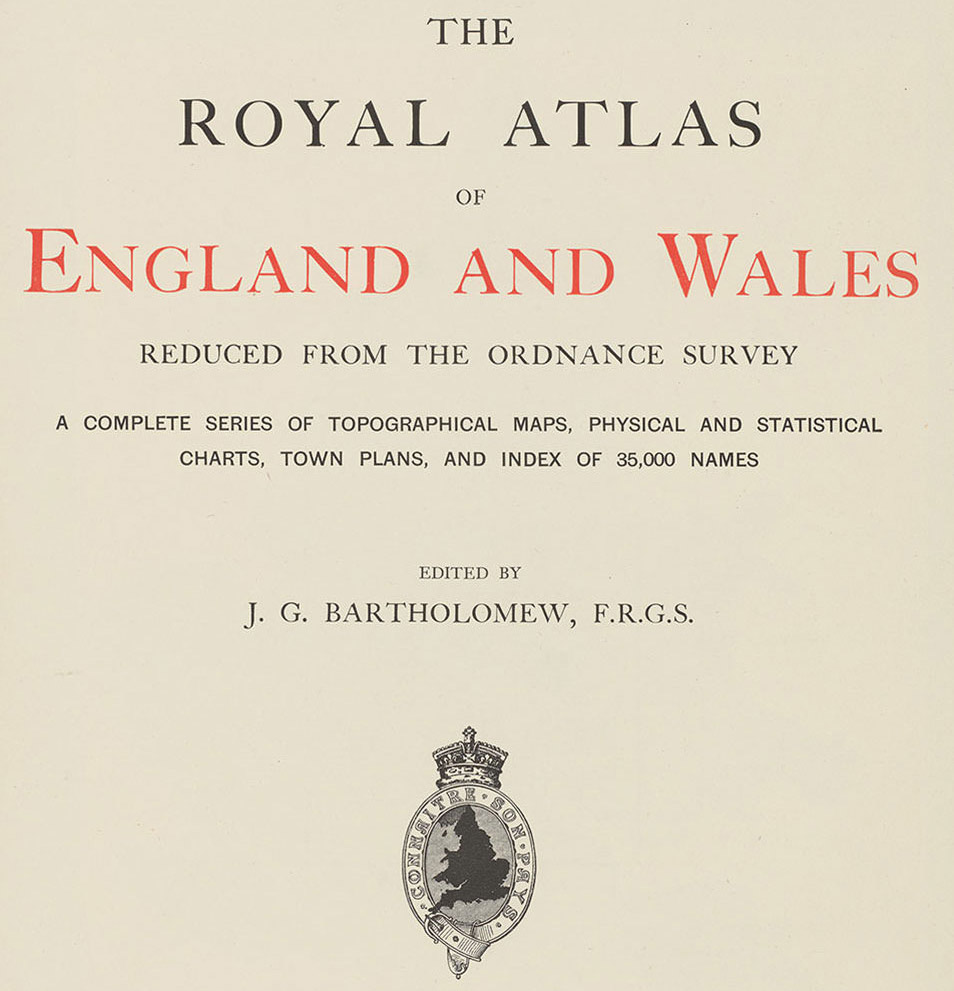 Title page from the Royal Atlas of England and Wales, reduced from the Ordnance Survey, published by J. G. Bartholomew, 1899 (National Library of Scotland, Map.25.e.28)