In 1869, the Victorian government enacted the first Australian copyright statute. Within 3 years of its introduction, a dispute arose over the unauthorised copying of a goldfields map. In August 1871, Samuel Peach Hogg registered a map of the Sandhurst goldmines with the newly formed Copyright Register. To complete the map, he had commissioned a surveyor, Roberts, and was granted permission by the Minister of Mines to use existing maps and information to complement Roberts’ surveys. The map reportedly cost Hogg almost 500 pounds to produce.

In November 1871, another map of the Sandhurst goldmines was released by John Hanlon Knipe and E H George who were local estate agents. Hogg accused Knipe, George and their surveyor Nathaniel Munro of copying his map and began litigation in the Melbourne District Court under the newly enacted copyright statute. In their defence, Knipe, George and Munro argued that Hogg produced his map by copying maps that had already been published by the Mining Department and that their map was different in both size and currency. Munro also testified that he did not copy Hogg’s map. However, it was shown that errors in Hogg’s map also appeared in Knipe, George and Munro’s map, contradicting Munro and ultimately swaying the case in Hogg’s favour. The Court ultimately found for Hogg, fining the defendants 8 pounds, 4 shillings.

The decision was seen as controversial in the community, with newspaper articles questioning its broader implications. In somewhat of a prelude to issues that would plague copyright law over the next 150 years, one newspaper, The Age, asked how Hogg was afforded copyright protection over a map that he himself had essentially copied from government-commissioned maps, whilst the Bendigo Advertiser supported such protection, recognising mapmakers’ ‘immense deal of labour and research’. 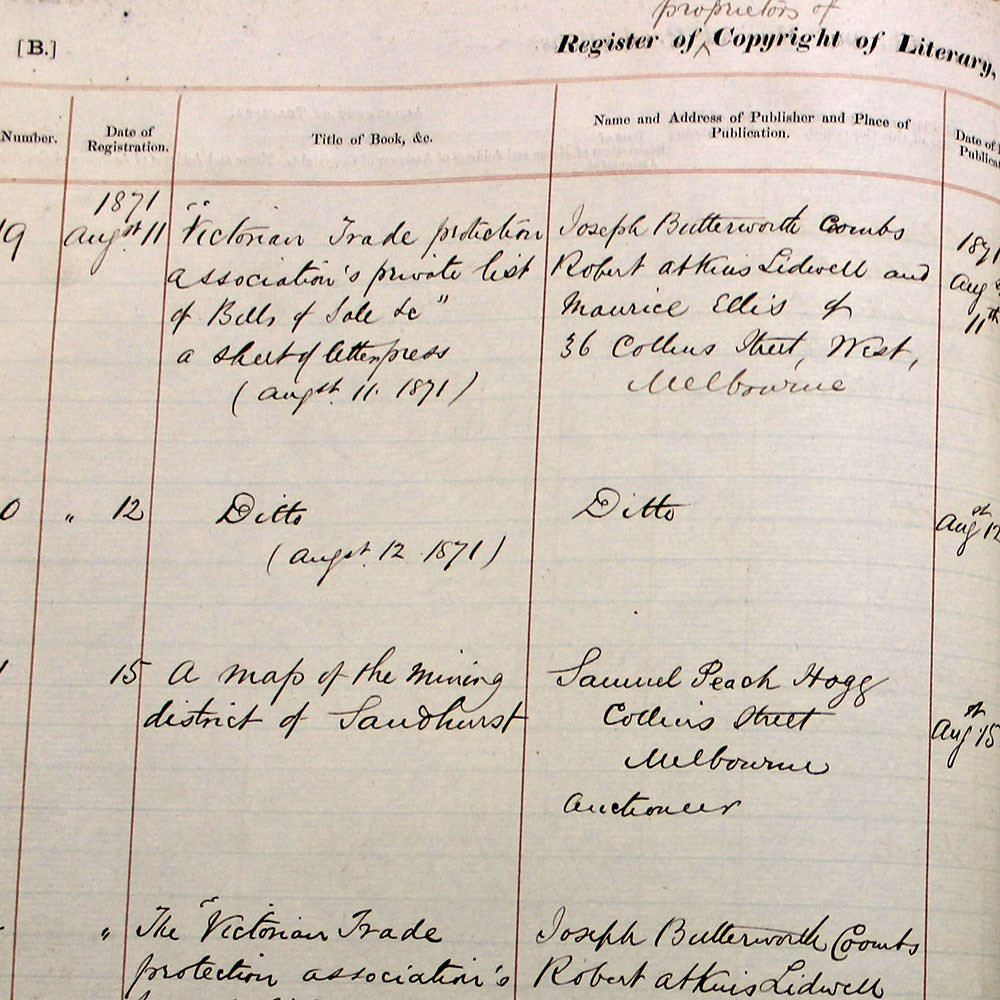 Hogg’s registration of his Map of the mining district of Sandhurst, 15 August 1871 | Scroll to zoom

Hogg’s registration of his Map of the mining district of Sandhurst, 15 August 1871. NAA, Register of proprietors of copyright of literary, dramatic and musical productions, A2389/1 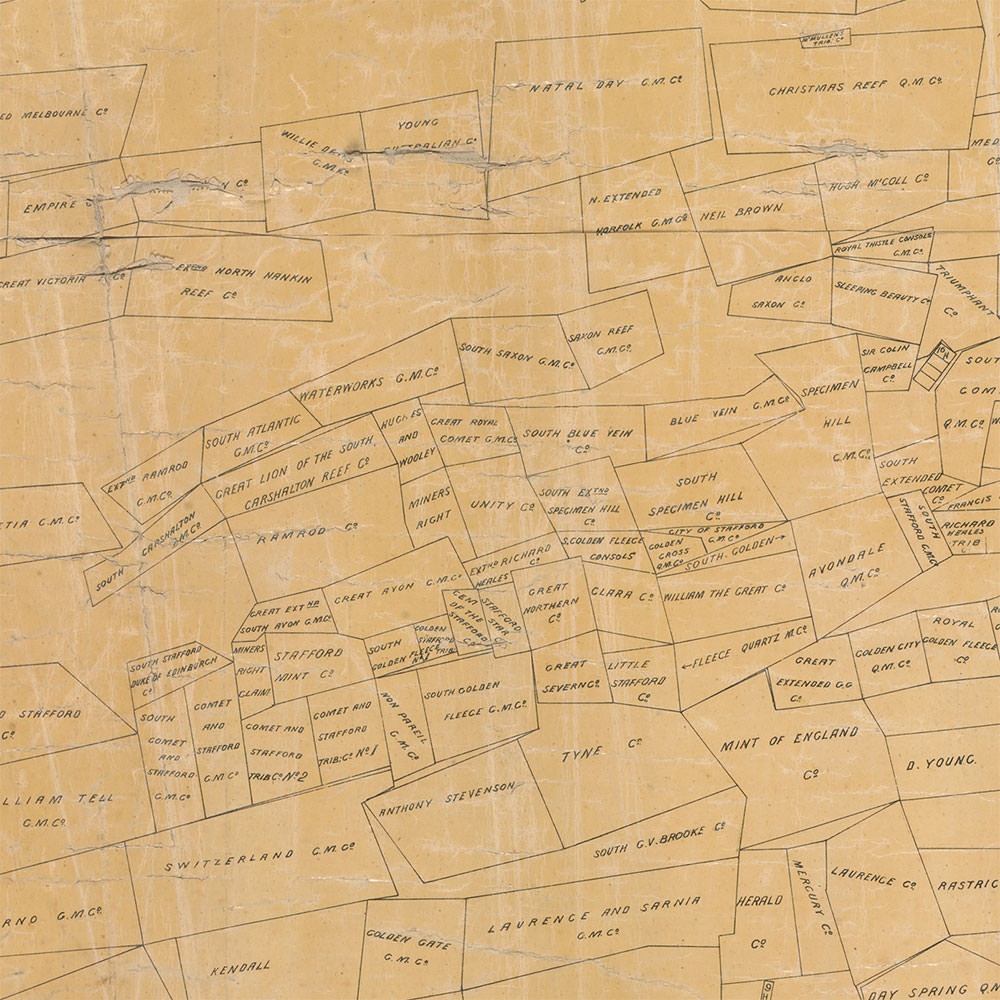 Hogg’s map of the Mining District of Sandhurst, surveyed and plotted by Edgar H Roberts, 1872 (2nd edition)| Scroll to zoom 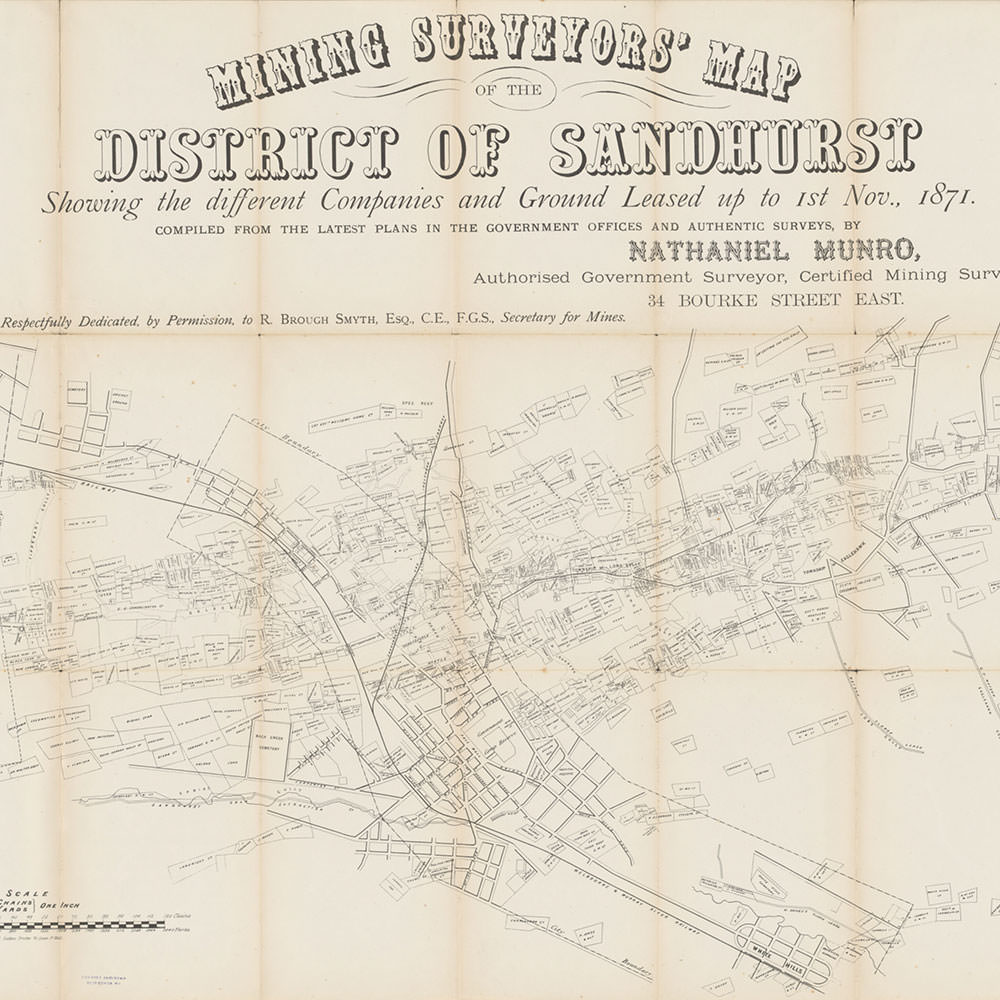 Mining Surveyors’ Map of the district of Sandhurst | Scroll to zoom 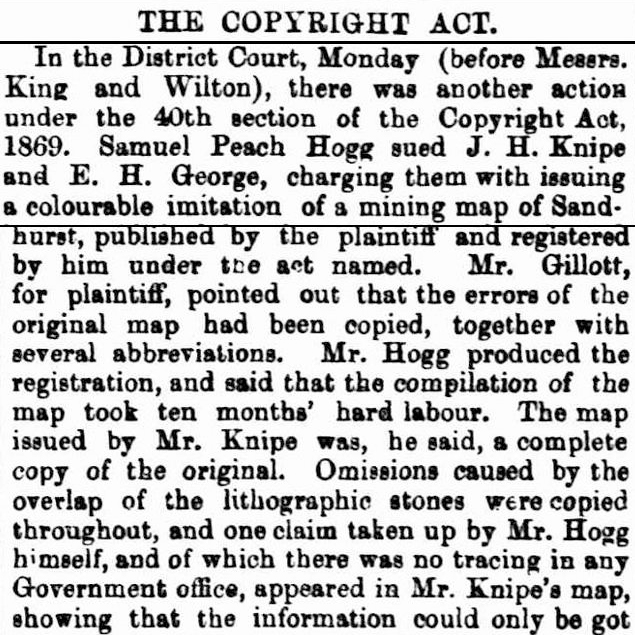 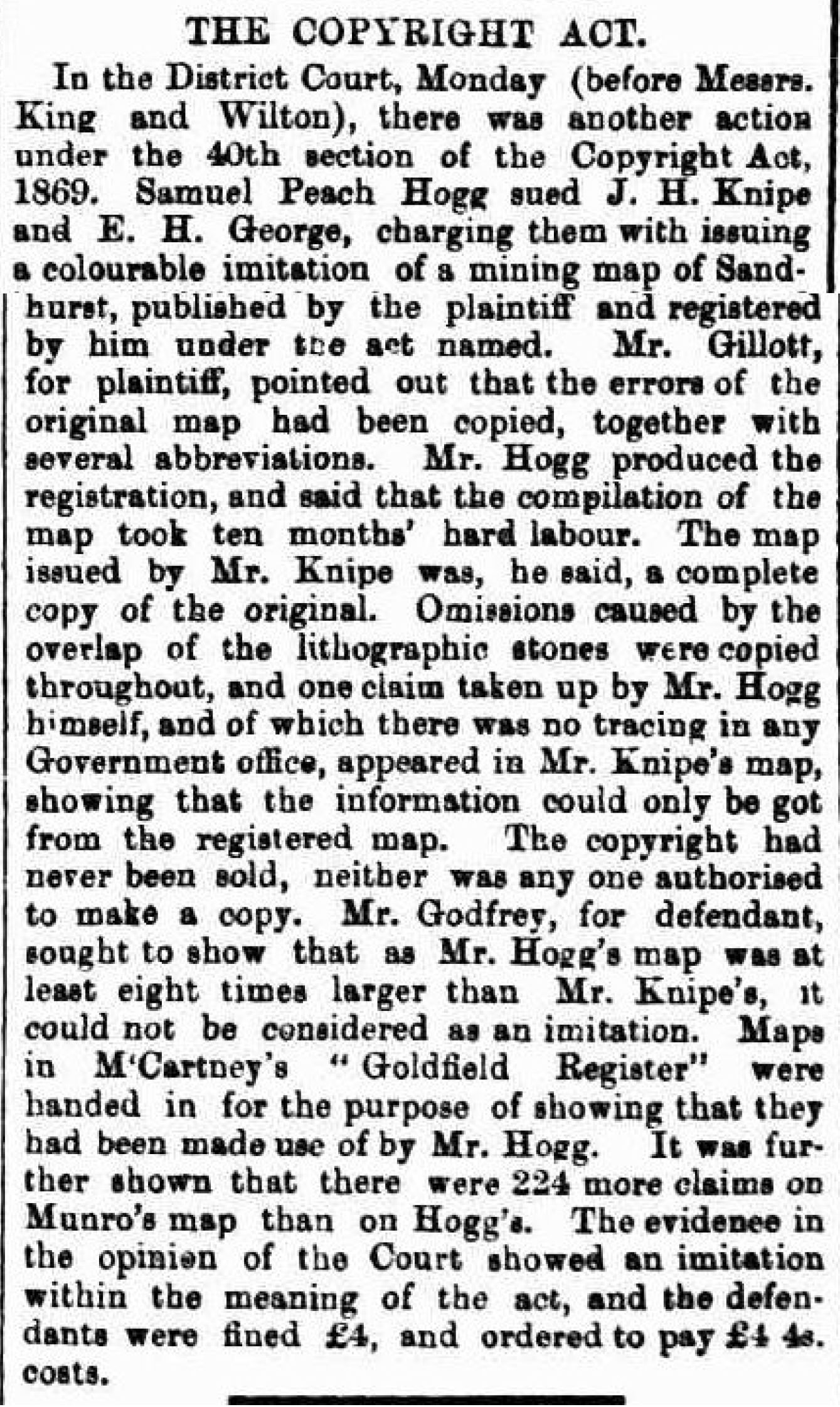