W T Stannard & Sons was a lithographic printing company that found a valuable stream of work producing birds-eye-views of battlefields during the Crimean War. In 1870, W T Stannard & Sons was the plaintiff in two cases alleging copyright infringement. The two cases would highlight the different approaches to answering an important question – in the legal scheme of copyright protection that encompassed the Literary Copyright Act 1842 as well as the Engravings Acts 1735 and 1767, were maps considered a literary work or an artistic work?

Dispute against Lee
The first action was brought against another lithographic printer and artist, Thomas Wales Lee, in the Court of Chancery. It concerned a map entitled ‘Stannard and Sons Panoramic Bird’s-eye View of France and Prussia and the surrounding countries likely to be involved in the war with the railways and strategic positions of each army and the great fortress of the Rhine provinces.’ Stannard and Son published the map on 21 July 1870, only two days after France declared war on Prussia. Sold at the price of 2 shillings, it proved a profitable venture for the company. However on 3 August 1870, William Stannard noticed that the Daily News and The Daily Telegraph both carried advertisements for “W. Lee’s Shilling Panoramic Bird’s-eye View of the Seat of War”. To make matters worse, the advertisement appeared directly below the advertisement for Stannard’s own map. On 5 August 1870, Stannard obtained an injunction.

Lee appealed the decision to grant an injunction and the subsequent decision refusing to dissolve it. Before the Chancery Court of Appeal, counsel for Lee argued that an action against Lee could not be maintained because it was a literary work subject to the requirements of the Copyright Act 1842. Section 24 provides that a copyright owner could not bring an action or suit unless the work had been entered in the Stationers’ Company registers. The Court agreed that maps are to be considered a literary work ‘intended to give information in the same way a book does.’ As Stannard’s map was a literary work that was not registered at Stationers’ Hall, his action against Lee could not be maintained. The decision would have important implications for the second dispute that the Stannards commenced in September, six weeks after they commenced their suit against Lee.

Dispute against Harrison and Viles
The action was brought against Edward Harrison and Edward Viles, the proprietors of a weekly journal known as the Gentleman’s Journal and Youth’s Miscellany. The case concerned another bird-eye-view map, published on 1 September 1870 and entitled ‘No 8 Stannard and Son’s perspective view of Paris and its environs shewing all the fortifications and redoubts together with the lines of defence recently thrown up and the roads rivers and railways communicating with the interior compiled from the latest official sources by Alfred Concanen’. Also sold for 2s, the map was proving popular and profitable when on 26 September 1870, Stannard discovered that Harrison and Viles’ journal was selling a similar map entitled a ‘Bird’s-eye view of Paris and its fortifications along with the 51st issue of the map,’ at the price of two pence for both journal and map. On 28 September 1870, Stannard submitted his Bill of Complaint to the Court of Chancery and an injunction was granted the next day.

Harrison and Viles’ counsel initially consented to an order awarding a perpetual injunction against them. However, after the decision of Stannard v Lee was handed down, Harrison and Viles petitioned the Court of Chancery for a re-hearing, engaging the same counsel that represented Lee. Their arguments raised two contentions. First, they used the argument from Stannard v Lee, that the map had not been registered under the Copyright Act 1842, and second, that the map had not been ‘designed and invented’ by Stannard & Sons and therefore, could not be protected by the Engravings Acts. Bacon V-C’s views sharply diverged from those of the appeal judges in Stannard v Lee.  Referring to the Engraving Act 1767, he notes it gives a property to those who cause or procure to be designed any prints including landscapes. He asked:

‘Can anybody look at that drawing and say it is not a landscape? … It is clear to my mind that this is a work of diligence and industry and, for aught I know, of genius on the part of the plaintiffs’.

While disavowing any intention to call into question the judgment of the Lords Justices in Stannard v Lee, or declining to follow it, Bacon V-C carefully picked his way through the reasoning to come up with the opposite conclusion. He dismissed the petition and awarded costs against Harrison and Viles. 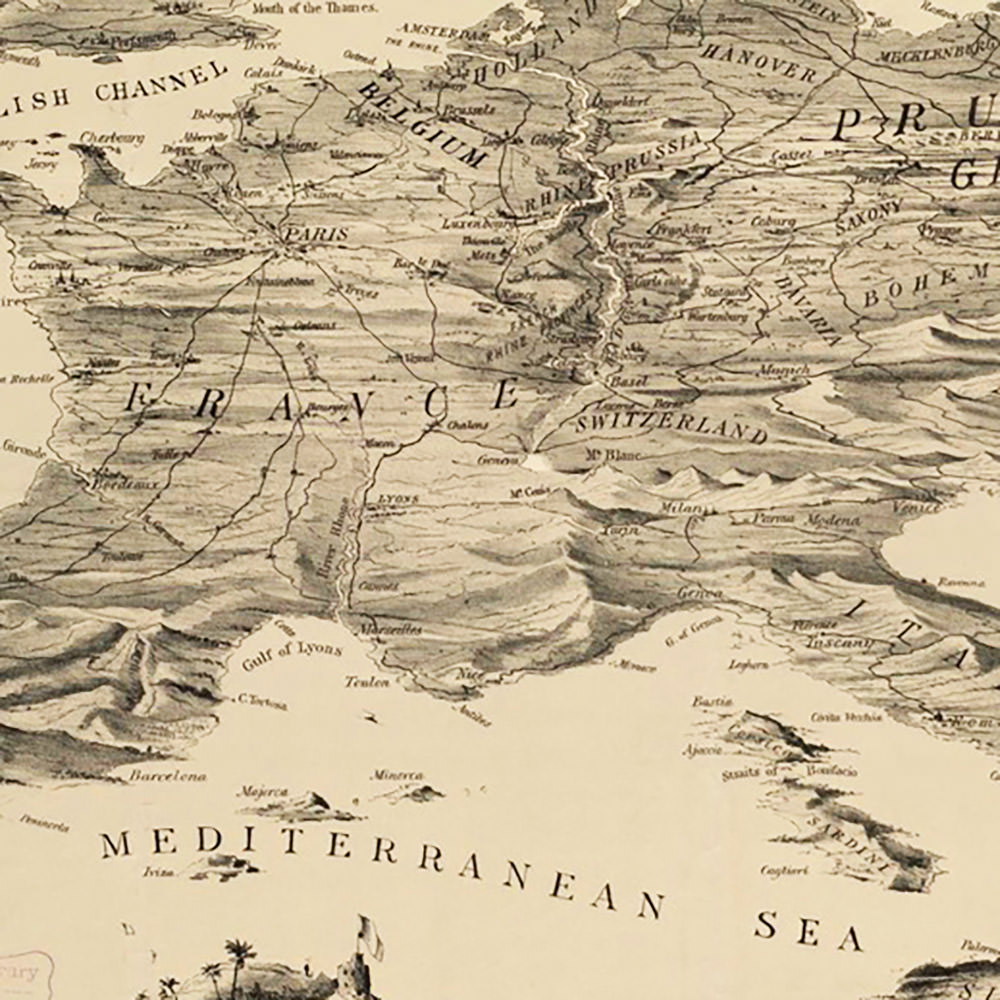 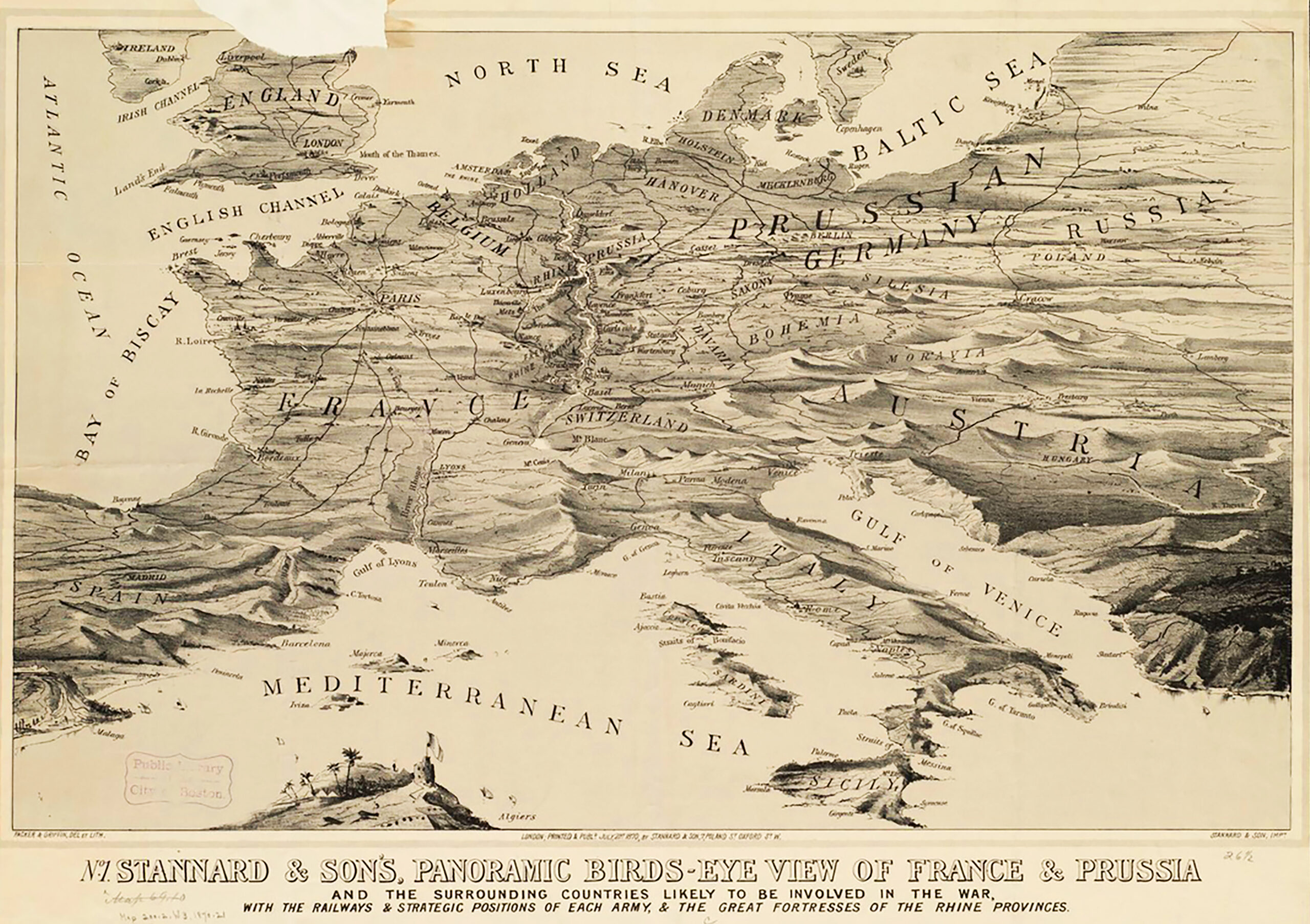 Stannard & Son’s, panoramic birds-eye view of France & Prussia and the surrounding countries likely to be involved in the War, with the railways & strategic positions of each army, & the great fortresses of the Rhine provinces 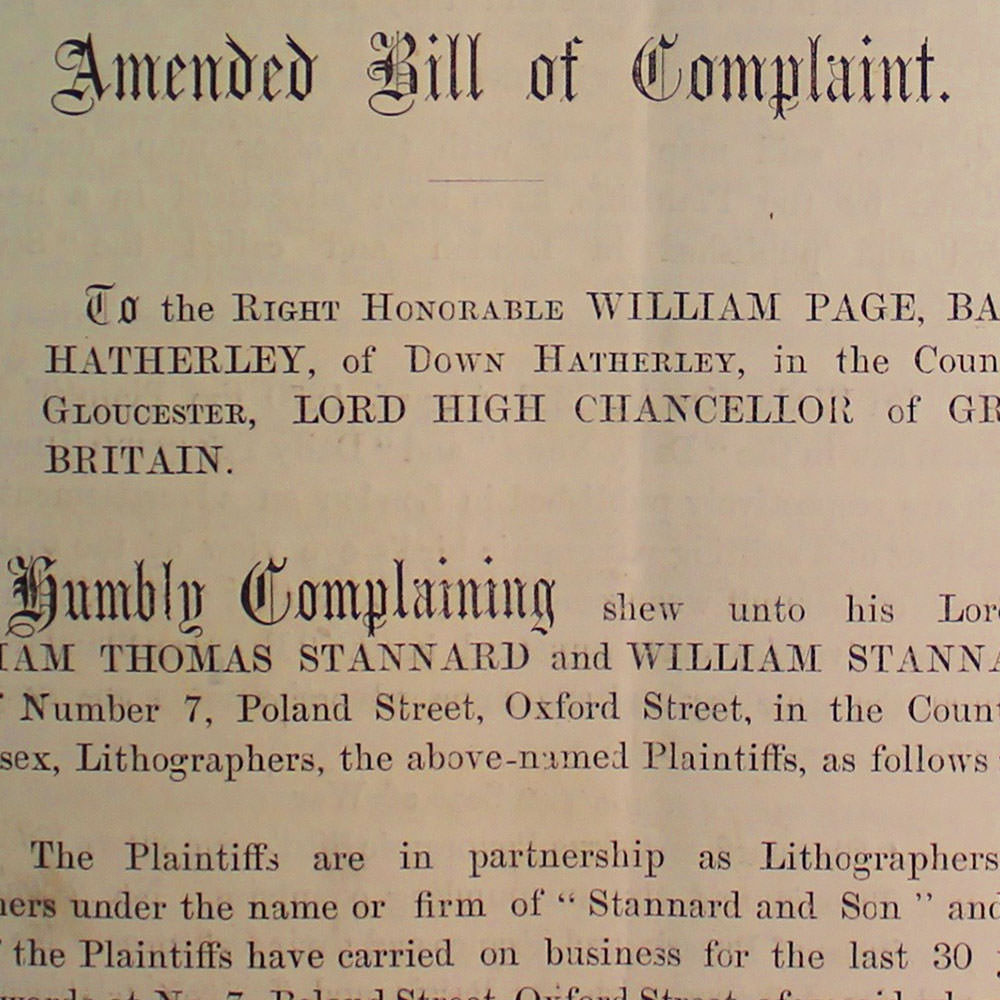 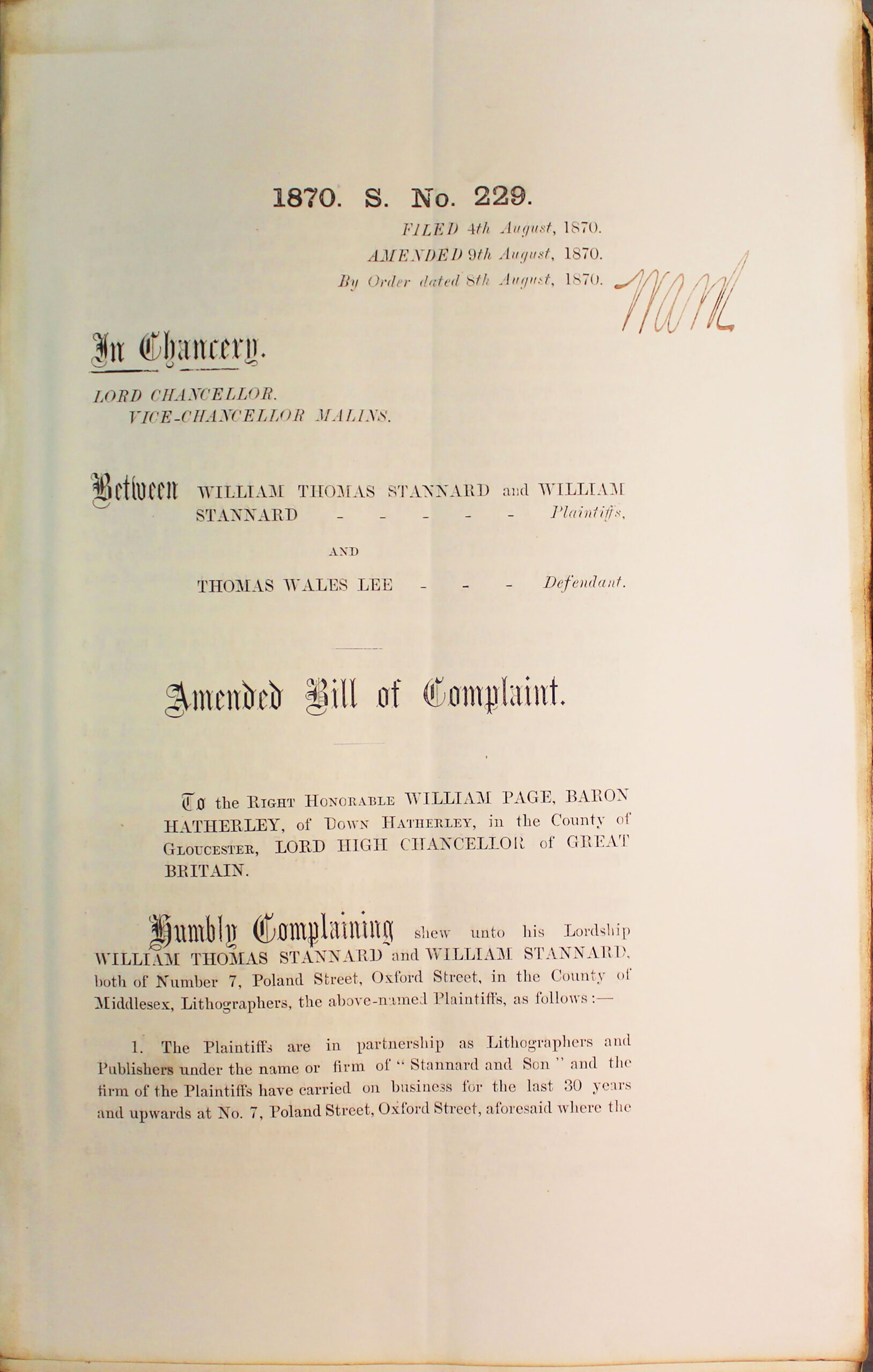 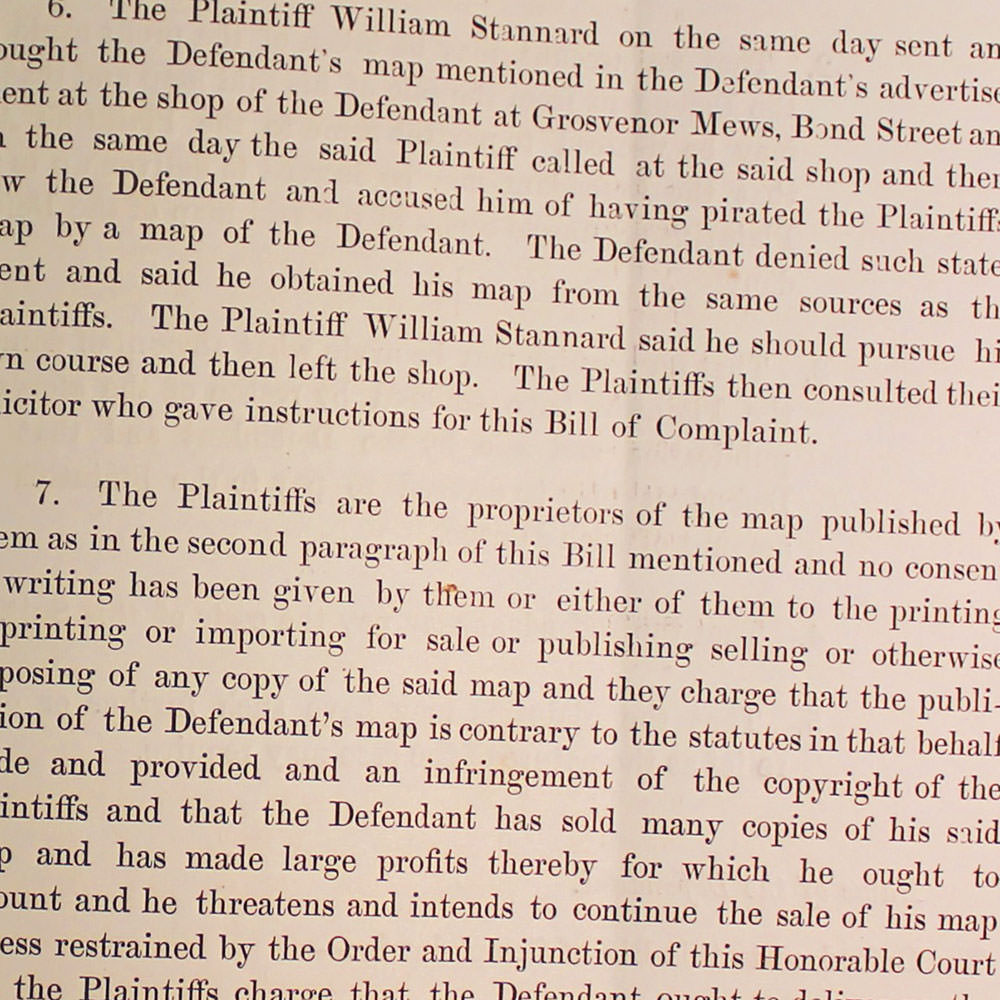 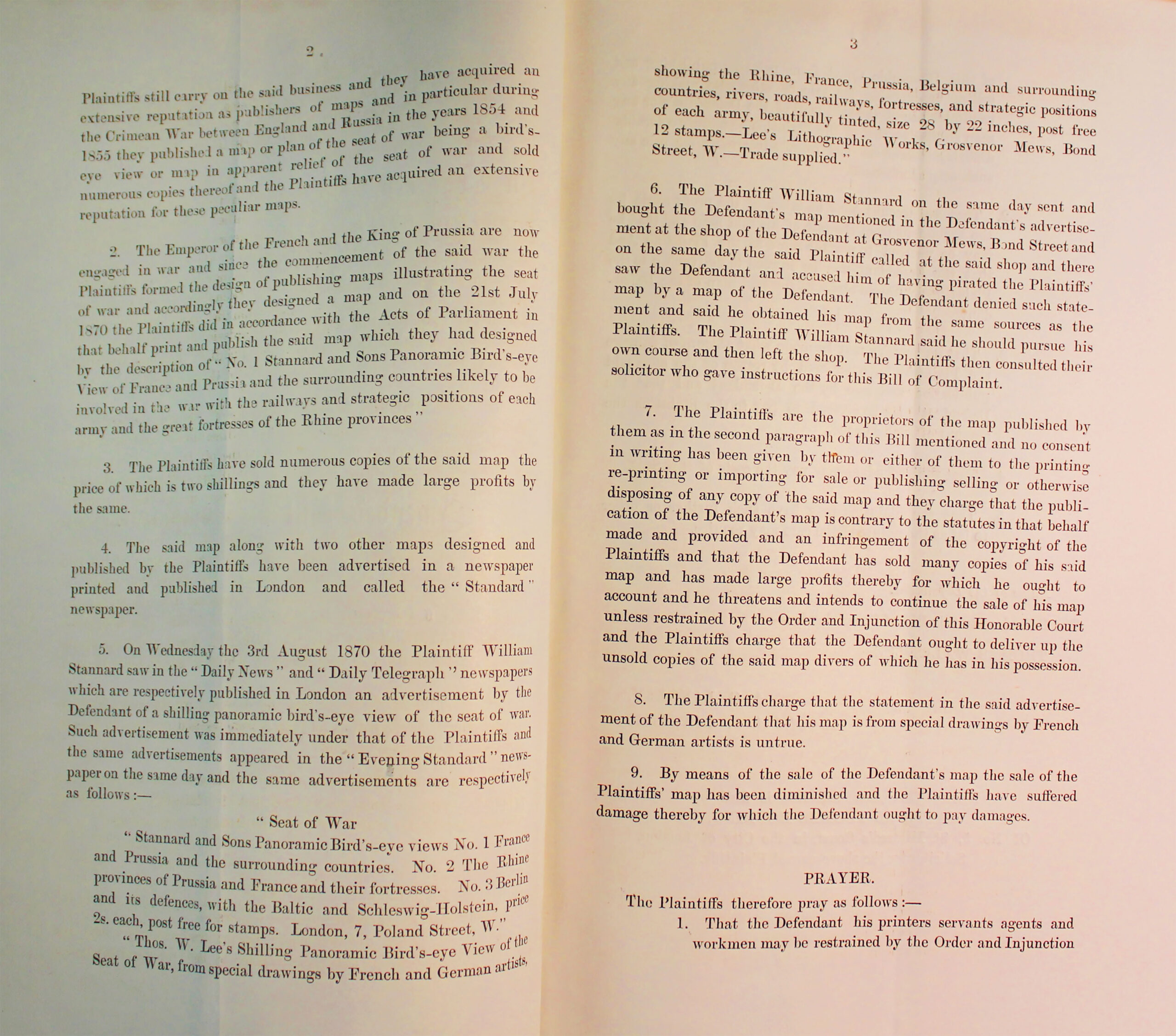 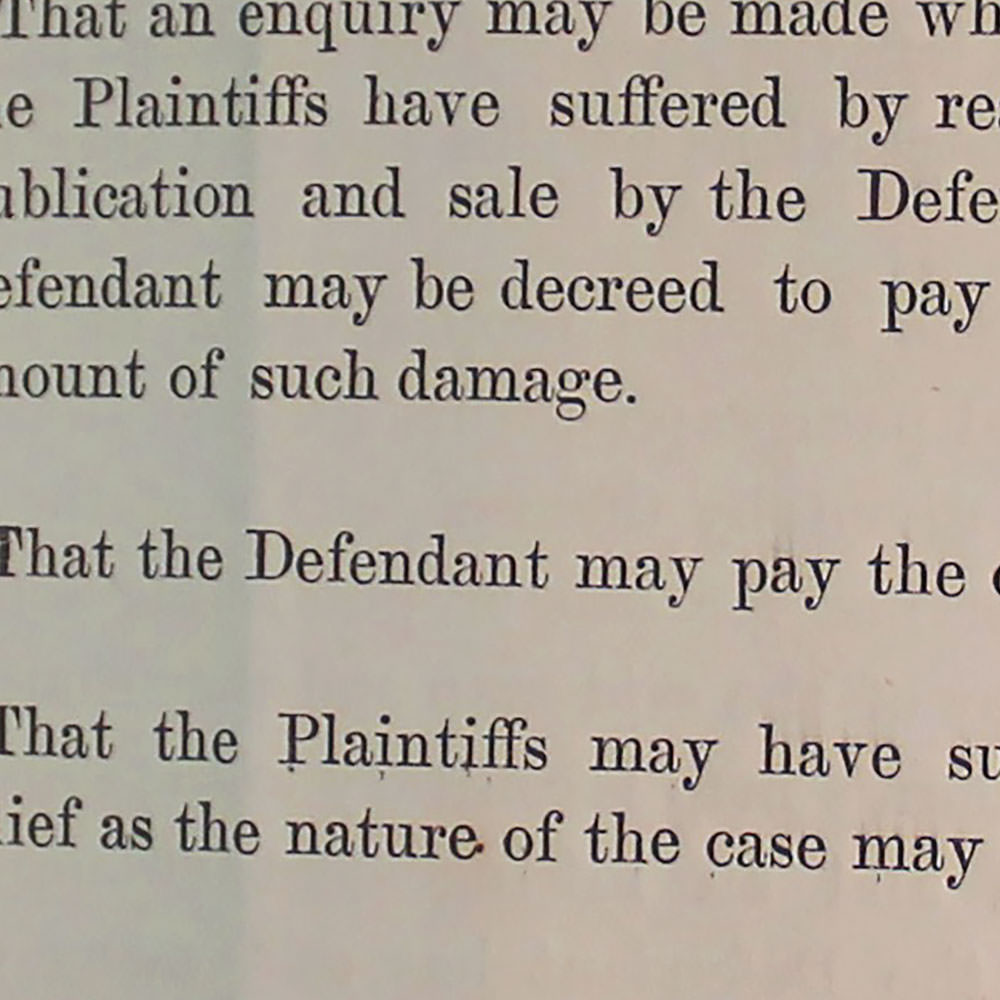 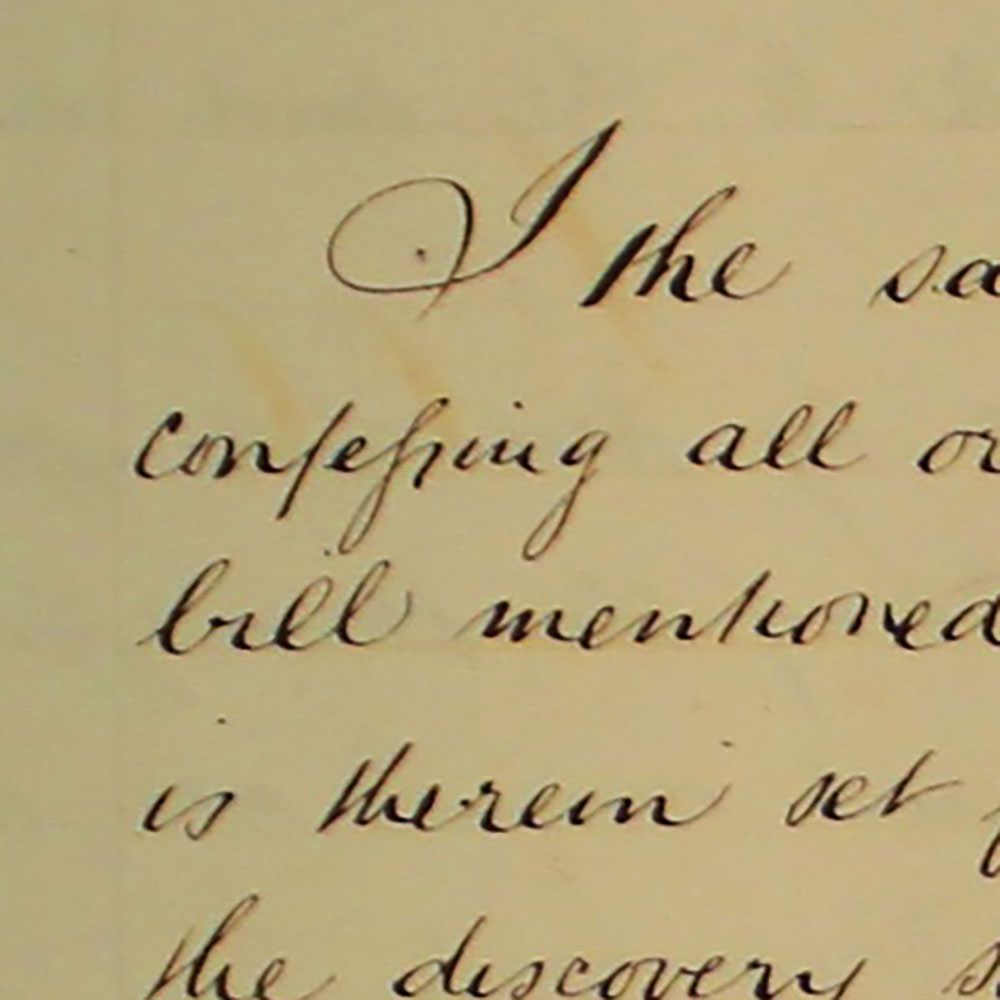 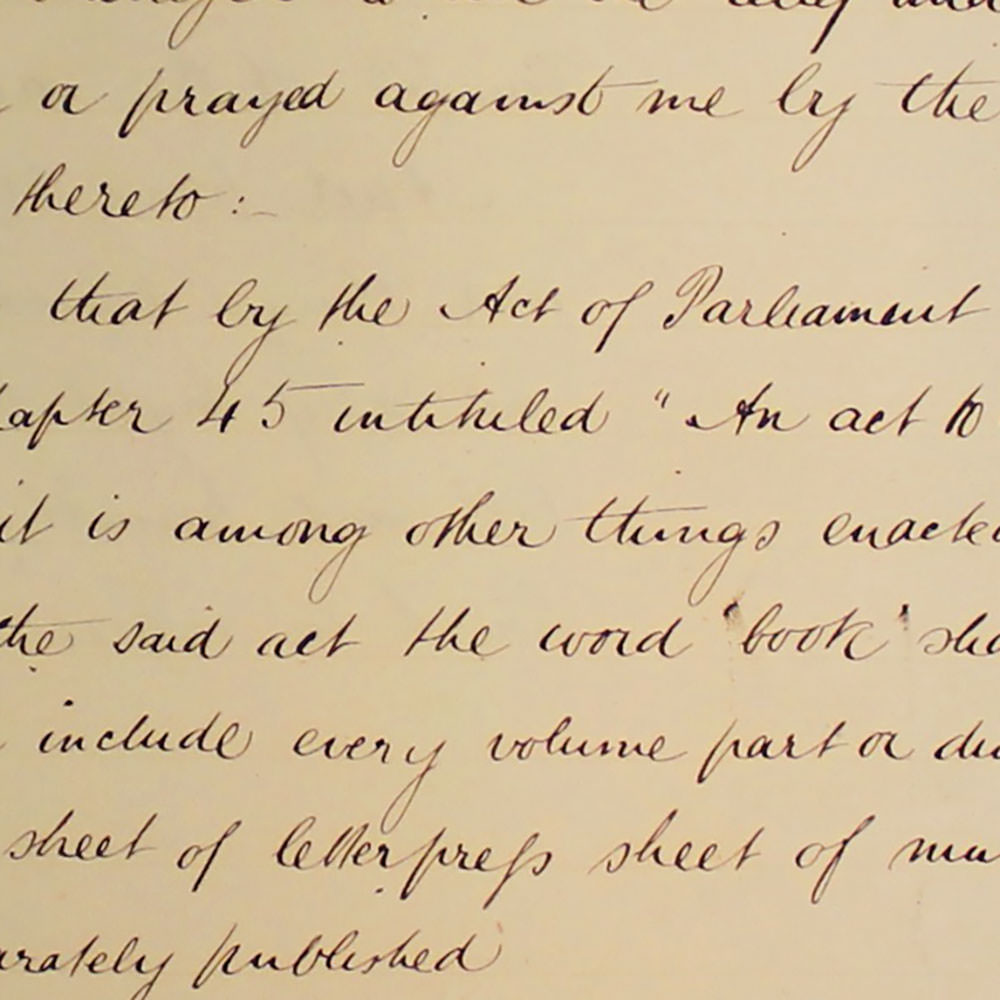 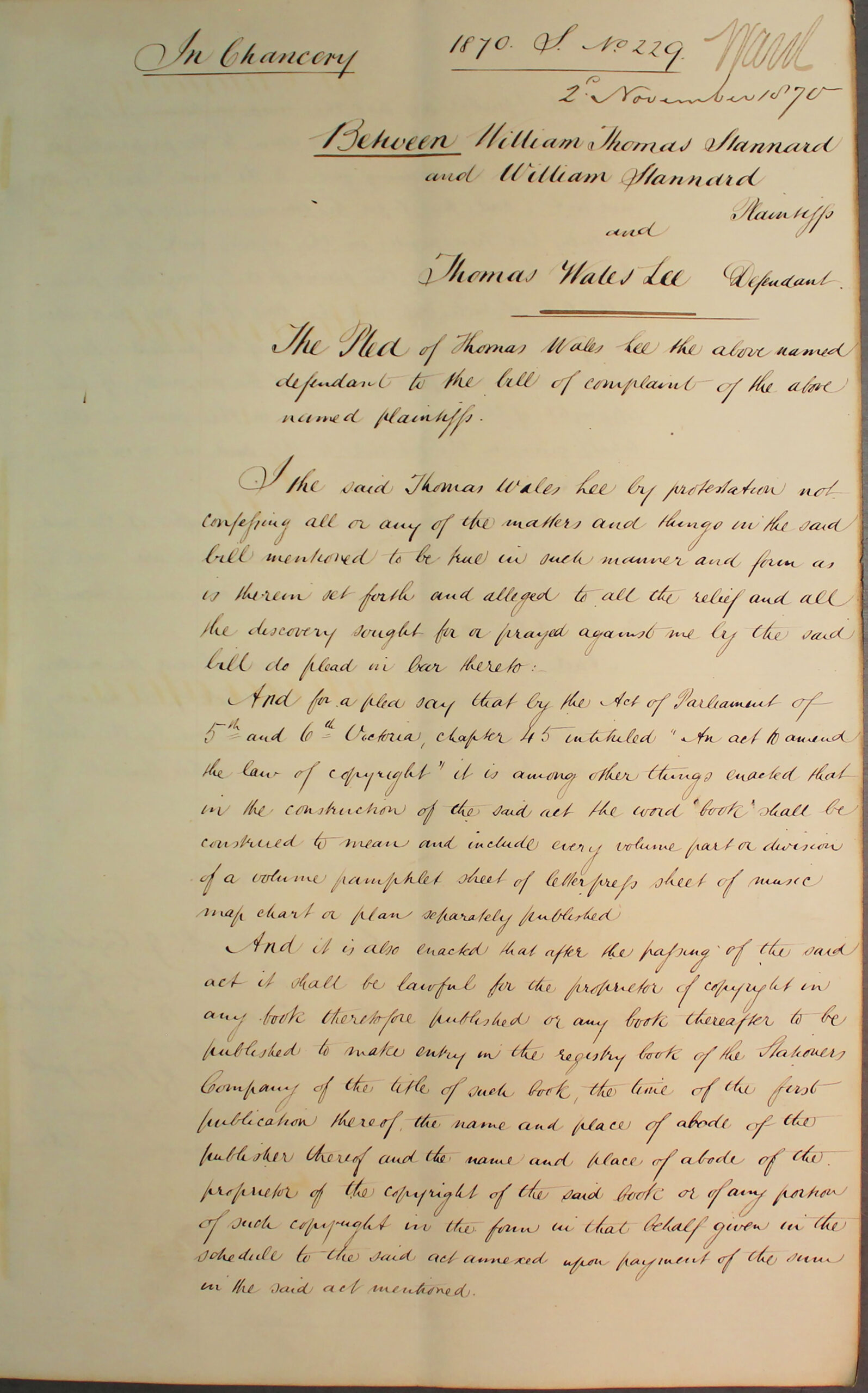 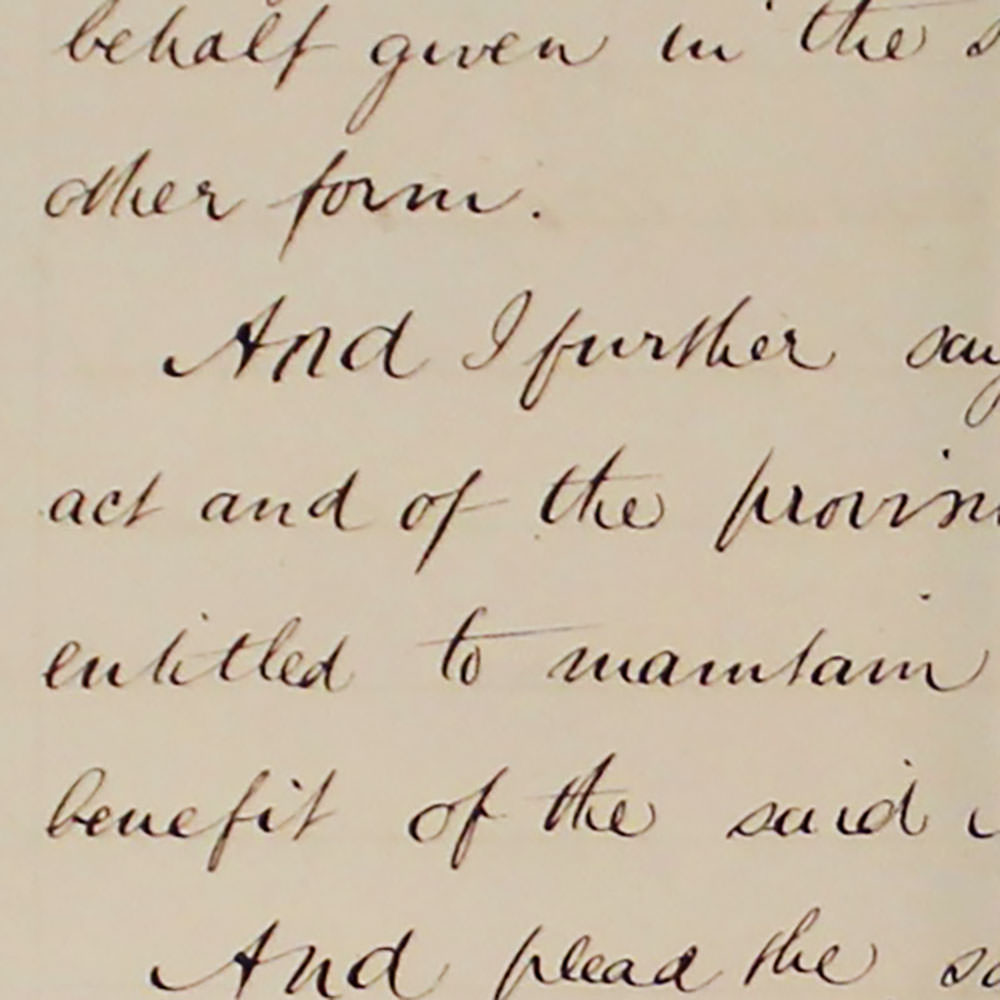